I bought a few sets of Cherimoya at TJ Maxx a few months ago, at about 6.99 a set I figured it was worth a shot. I just recently pulled one out to try after reading a less than stellar review. I never go in expecting to dislike a polish, even with a bad review, as we all have different opinions. This particular color is Monaco, a jelly like dark blue. The formula itself wasn’t bad, little bit of dragging of the brush, but seemed workable. The color, which was very sheer at one coat, built up quite a bit at two coats. Then at the third coat there was very little difference between it and the second coat, so I could tell a fourth coat wasn’t going to be particularly helpful. Nor did I have the patience with the dry time involved.

This is probably worth trying again with a white base, but my general opinion about a white base under jellies is this… The reason many people like jellies is that deep, squishy effect that they give. By putting a white base under a jelly you are losing most of that effect, hence making it look more like a cream. Seems a waste to me. So I do not use a white base unless thats the only way the polish will work, even then I don’t like to. Shouldn’t a polish be able to stand on its own merits rather than the merits of its base coat?
So I haven’t given up completely on Cherimoya, while my initial opinion isn’t great, I have plenty other colors to try before making a definative decision.
The swatches below are 3 coats with OTD top coat. As you can see at 3 coats there is still a fair amount of balding and streakiness. 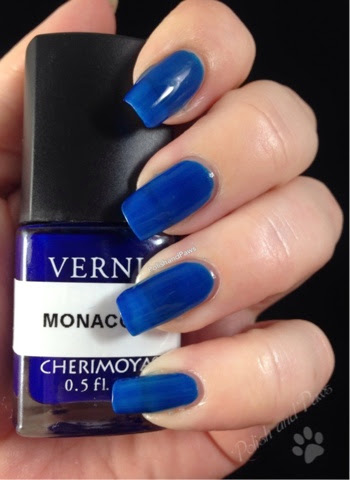 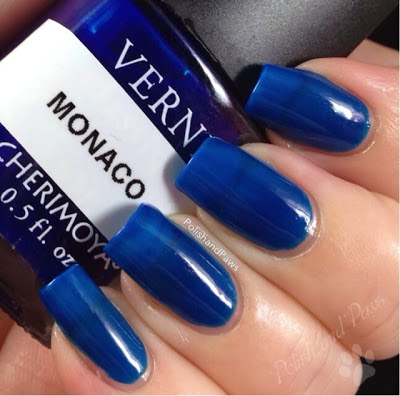 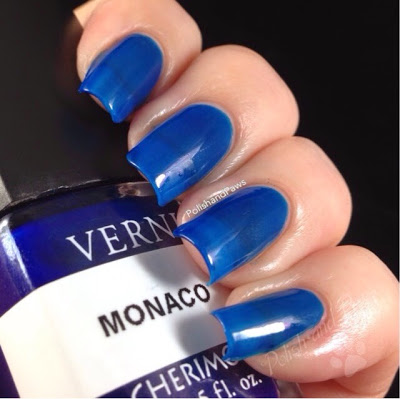 Have you tried Cherimoya? What are your thoughts on this brand?