Skip to content
It’s no secret that I love dogs, but what you might not know is that I love turtles too. I think it started in middle school when my family purchased a plot of land in the mountains that was rich in turtle life. It very quickly became known as Terrapin Point. During the years I lived there I had plenty of temporary turtle friends. This was back in the days where picking up a turtle out of the road and taking it home was considered the best thing to do. That is no longer the case, but more about that later. 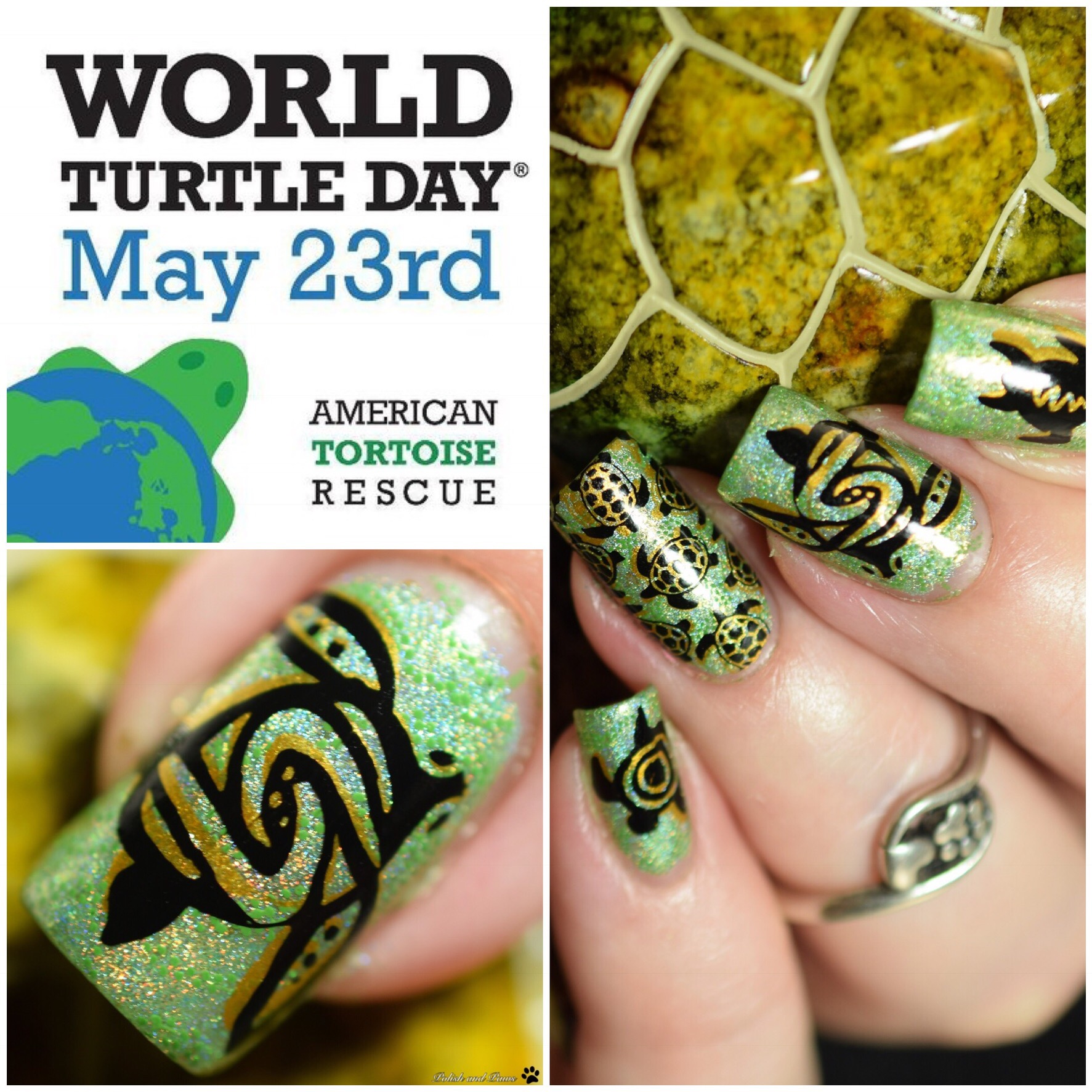 I bet you didn’t know there was a World Turtle Day. I didn’t either until a couple weeks ago when I saw it posted on one of the Turtle Rescue pages I follow on facebook. I knew immediately I wanted to do some turtle nail art and started hunting for all the turtle stamping plates I could find. And this is the mani I came up with. 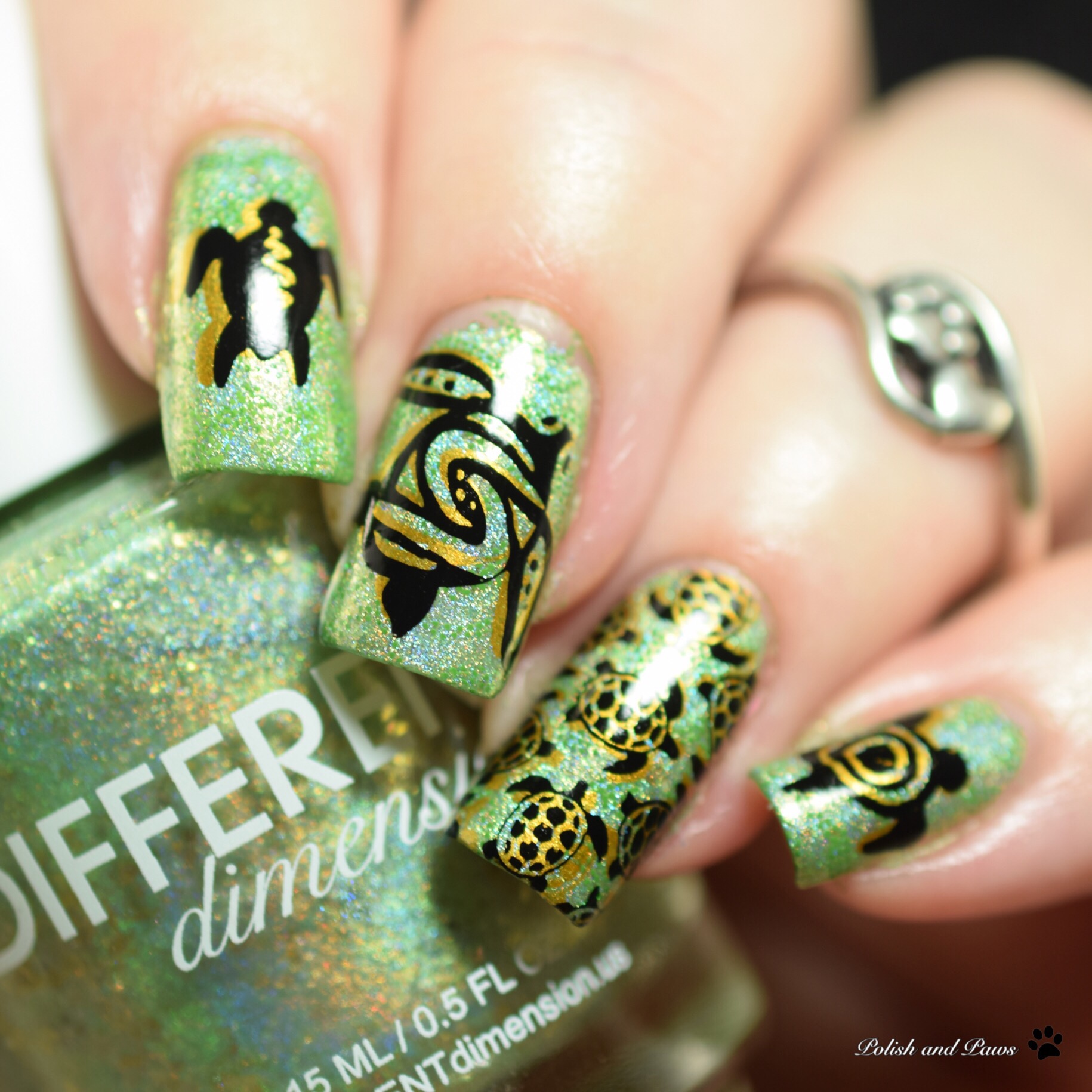 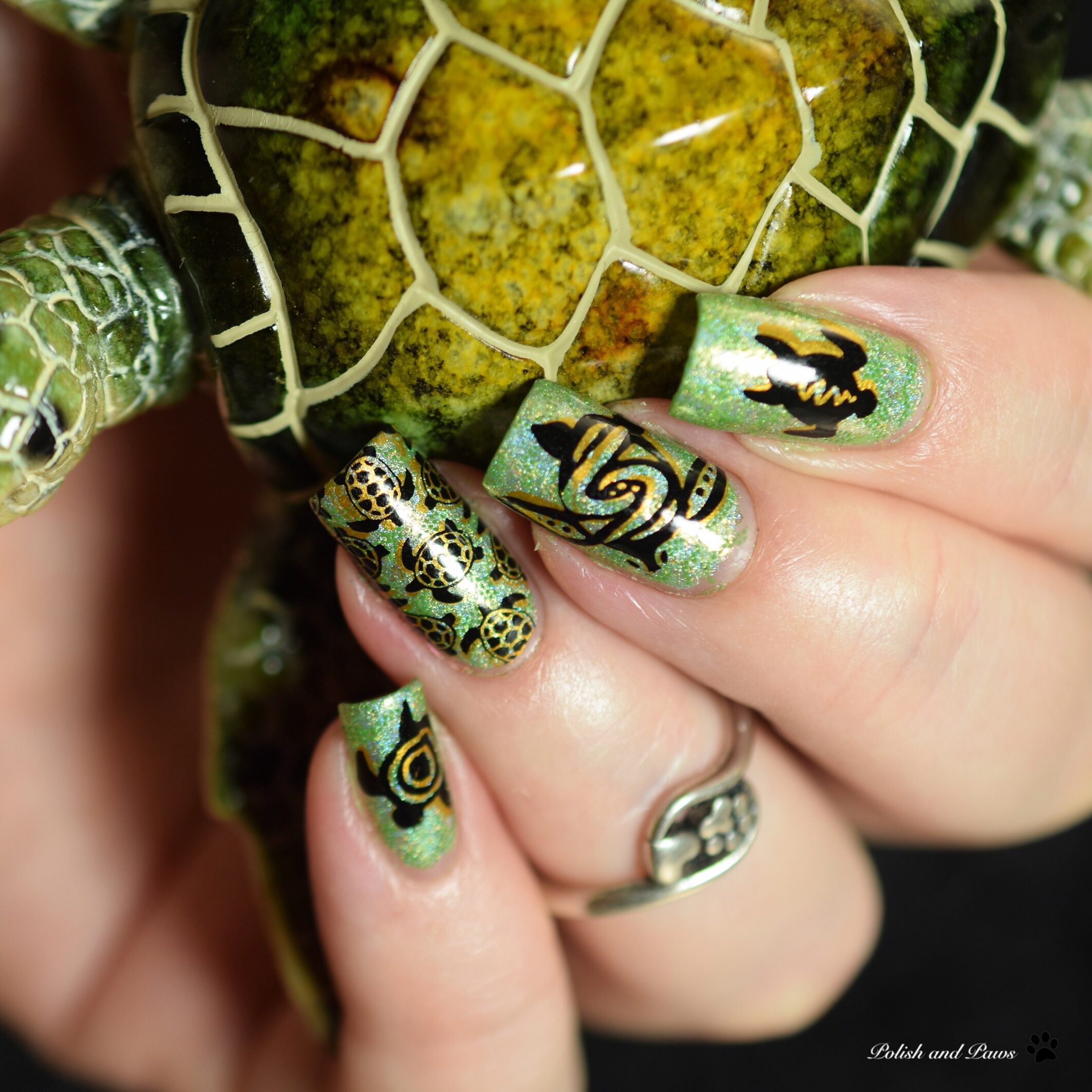 I started with 2 coats of Different Dimensions Tom Piper. Using Moonflower Polish Verde I stamped a wavy spotted image from Lina Make Your Mark 04, this was to the give the base some extra dimension and a wavy water feeling. It kind of got lost in the holo, but it showed up great in the shade. I double stamped all the turtles, first with Bundle Monster Gold Stamping Polish then with Painted Polish Midnight Mischief. All of the single turtles are from the MoYou London Explorer plate, this plate is fantastic with so many great turtle images. Then on my ring finger I used an image from MoYou London Animal 09 plate, this is a fun plate with all sorts of cute creatures! 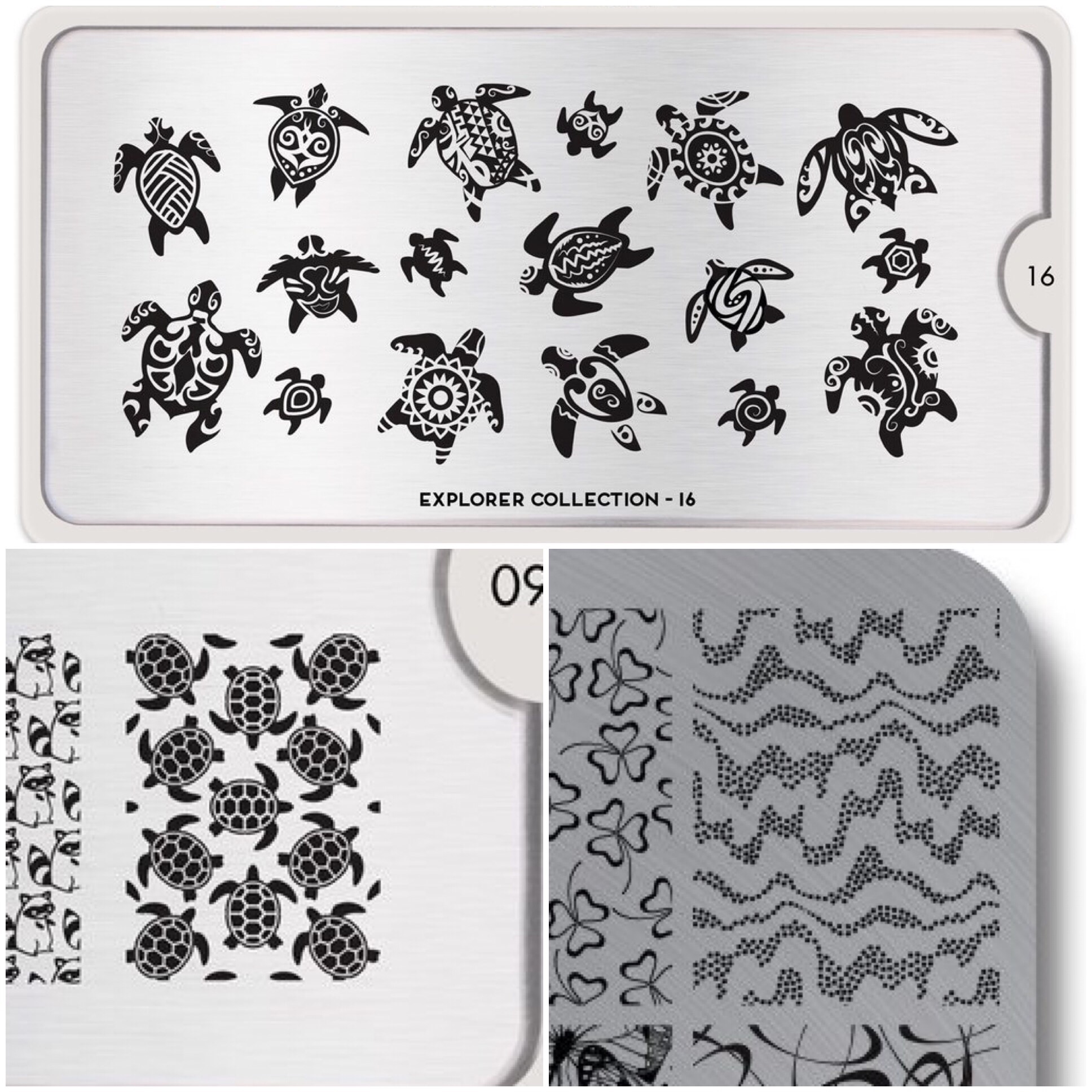 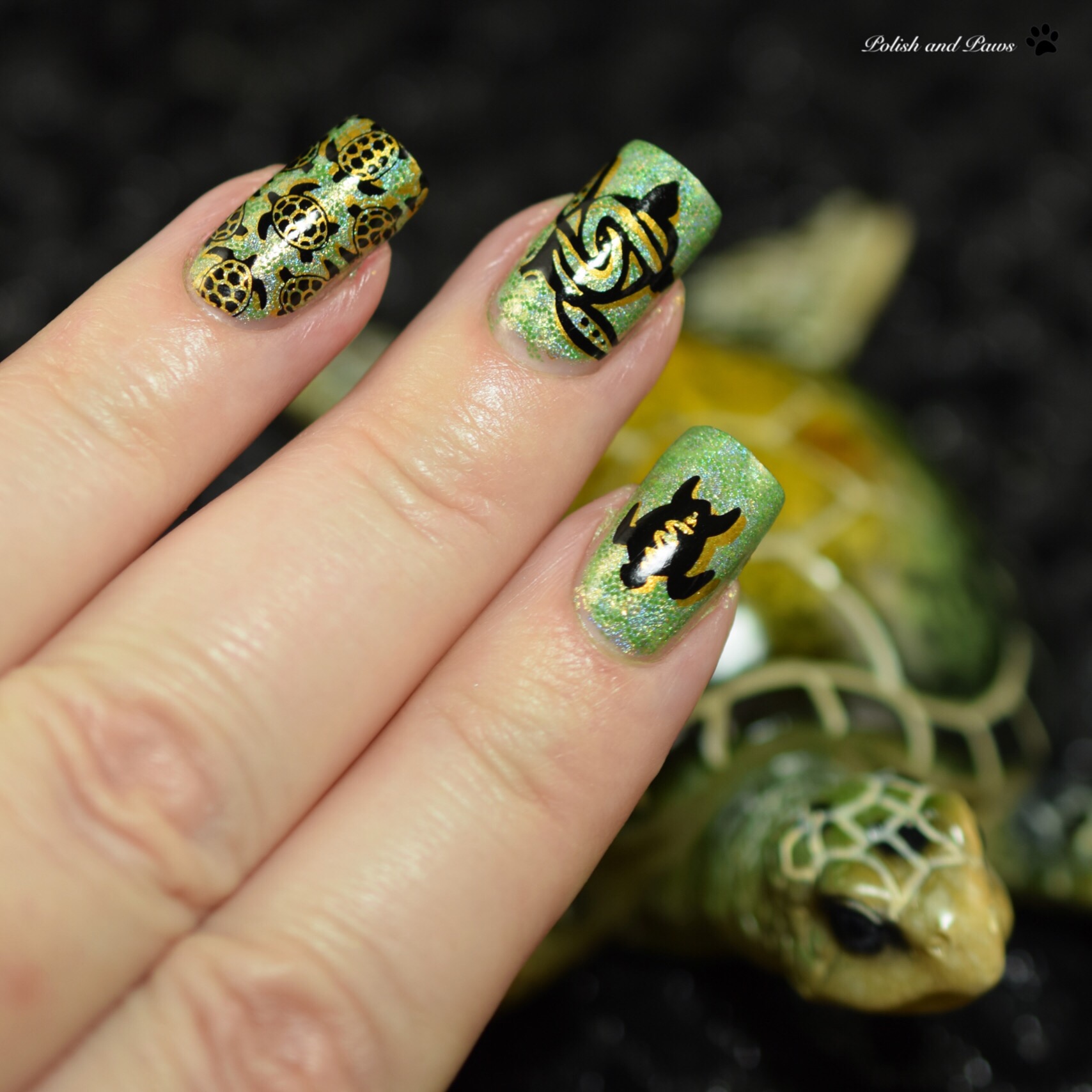 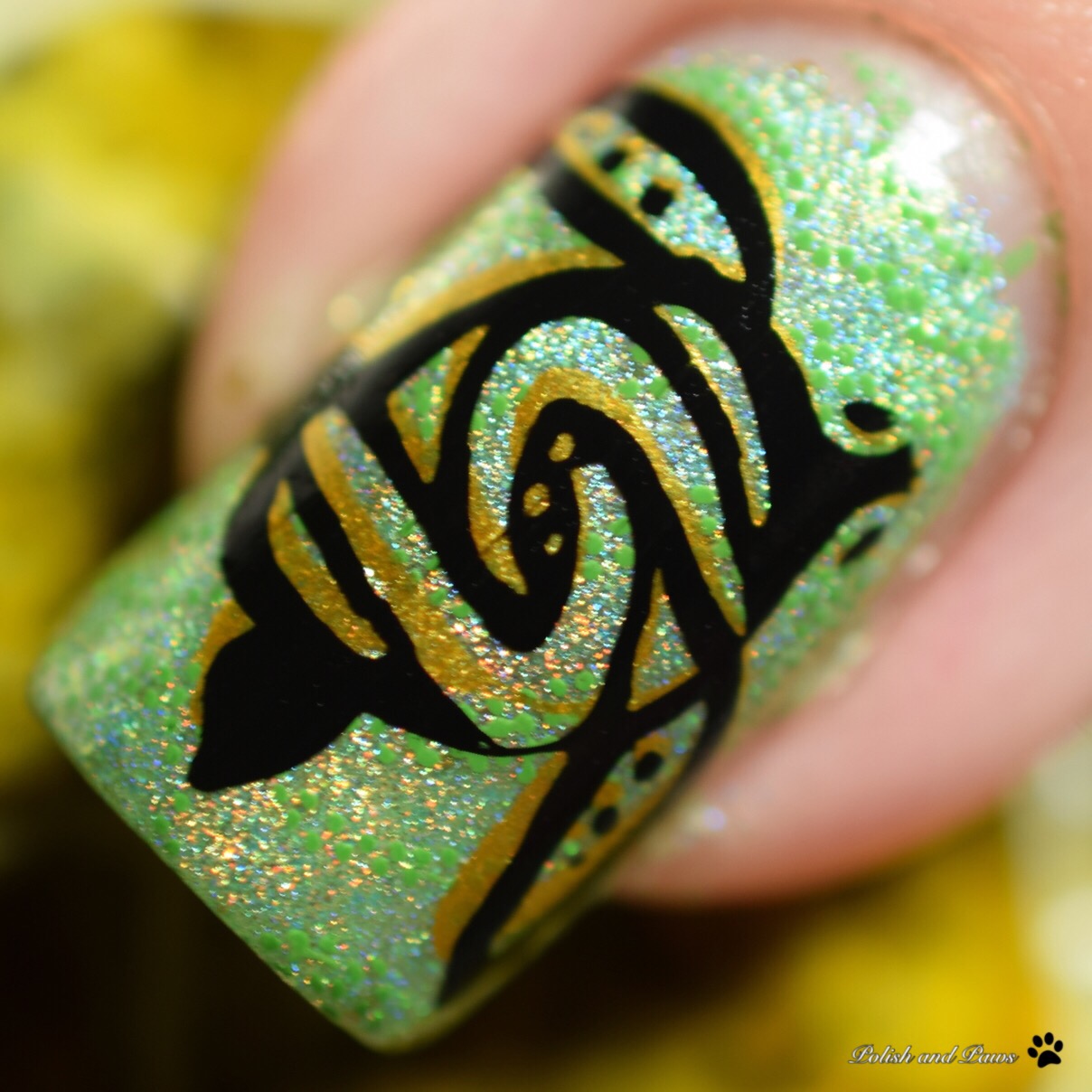 I was very pleased with how this look came together and I wore until it was literally chipping off my nails. Maybe by next year I will have a real turtle (a large backyard tortoise to be exact) rather than just figurines, statues, and nail art. Did you know its illegal now in most states to own small turtles? Some states allow turtles that are larger than 4″ though, and luckily I live in one of those states!