Skip to content
Happy Saturday you all! I took a day off yesterday so it’s kind of feeling more like Sunday to me, but it’s all good. Hubby and I went furniture shopping yesterday. We have decided it’s time to do some redecorating and I’m super excited. So let’s get to todays post. I have 2 polishes from Geekish Glitter Lacquer; the first one The Lion is based on the season of Leo and will be available during that time. The other polish, Fire, is a glow in the dark topper which represents the fire element. It will be available any month that the zodiac is a fire sign. I’ll give you more info at the bottom of this post.. but now let’s take a look at these! 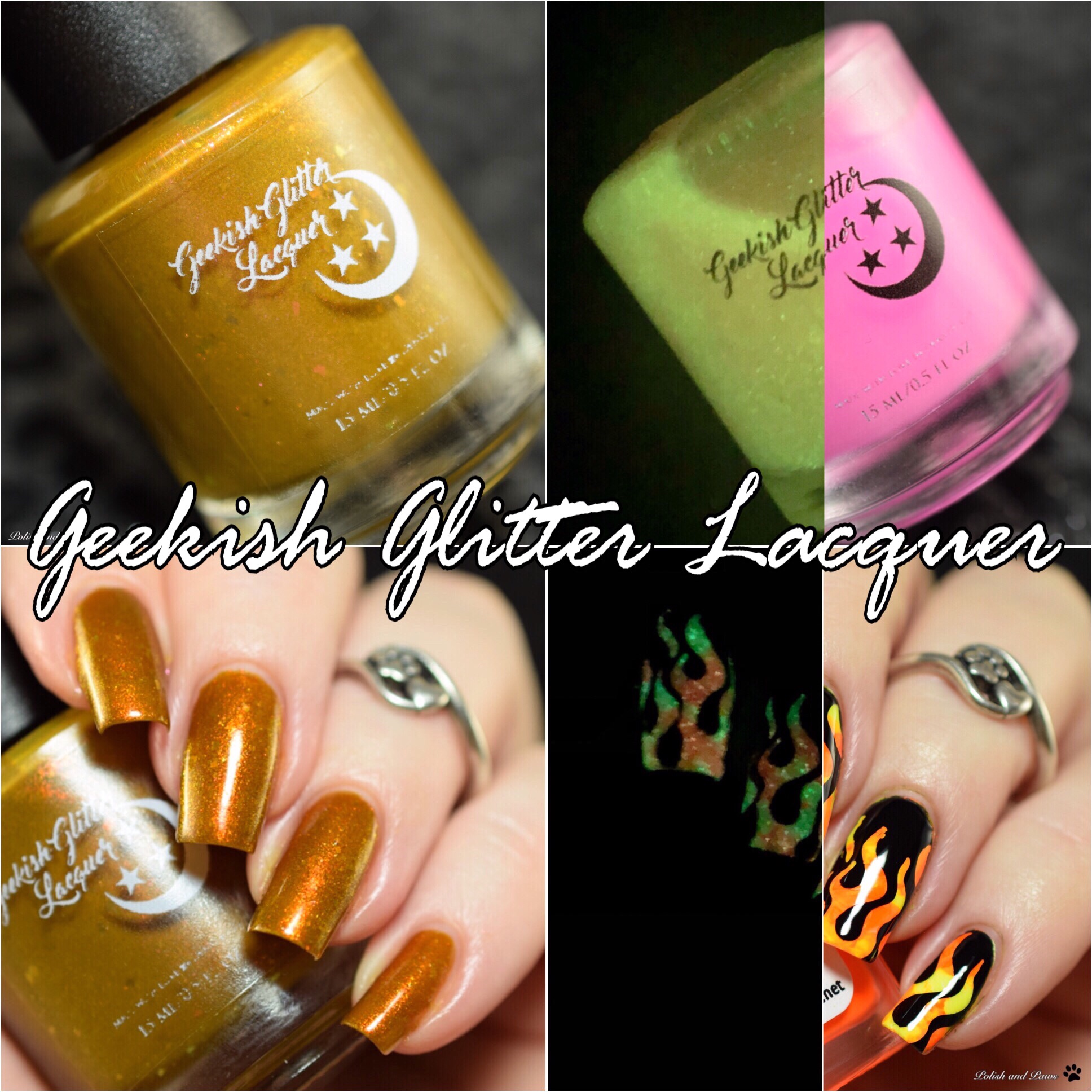 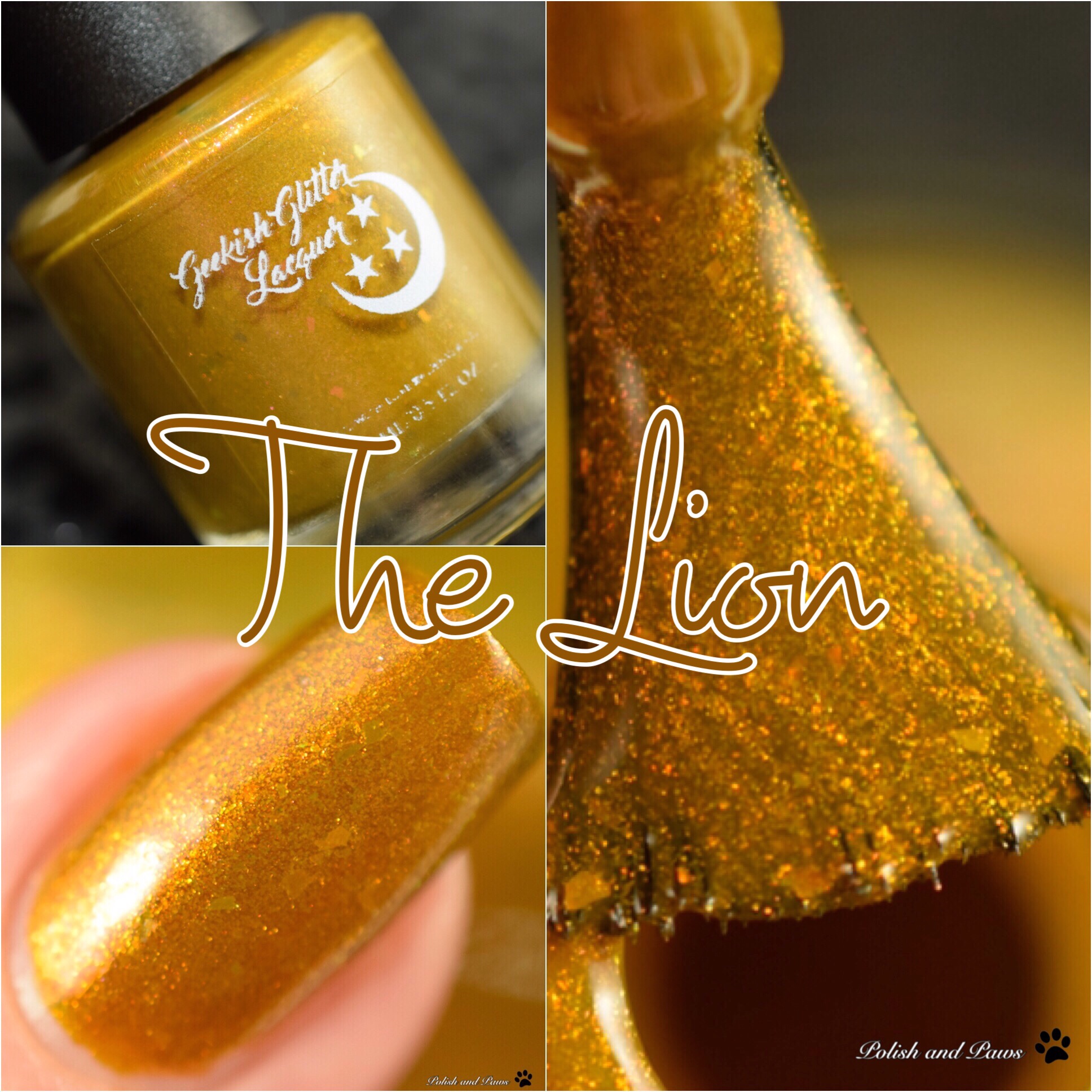 The Lion is described as a mustard yellow base with gold/yellow/red chameleon shimmer, copper sparks, and crystal chameleon orange/gold shifting flakes. I love how glowy and unique this is! Formula was really smooth with no application problems. My swatches show 2 coats with glossy top coat. 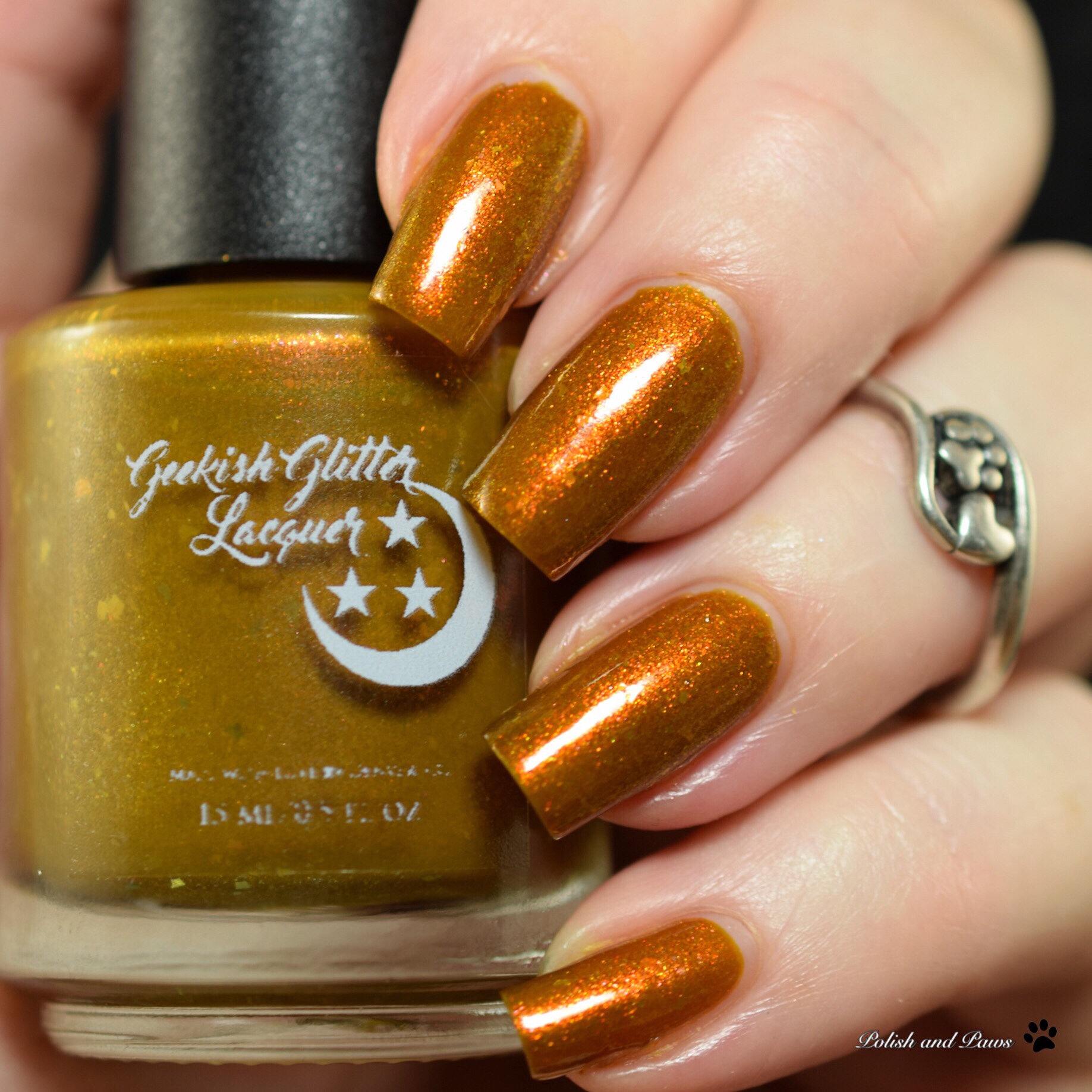 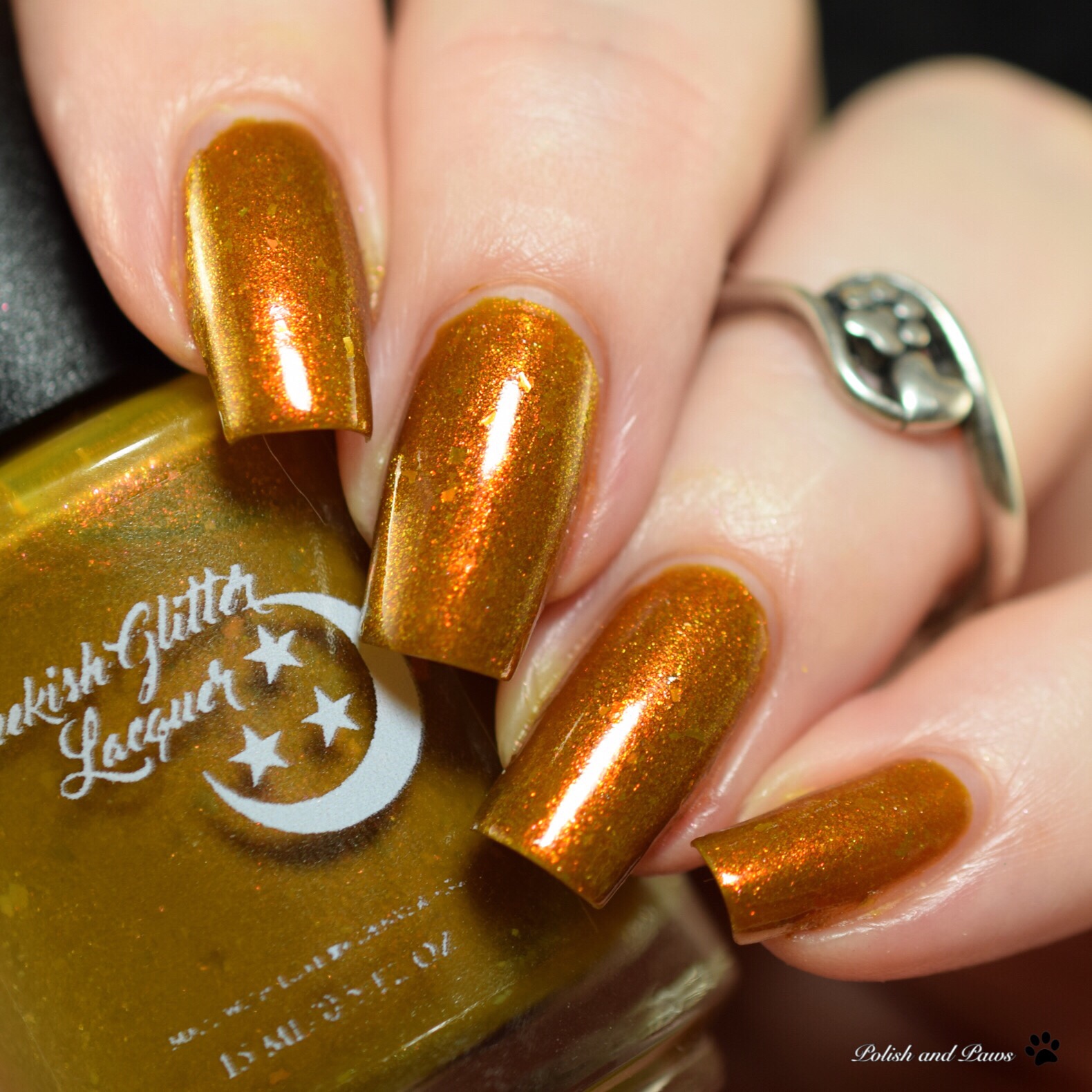 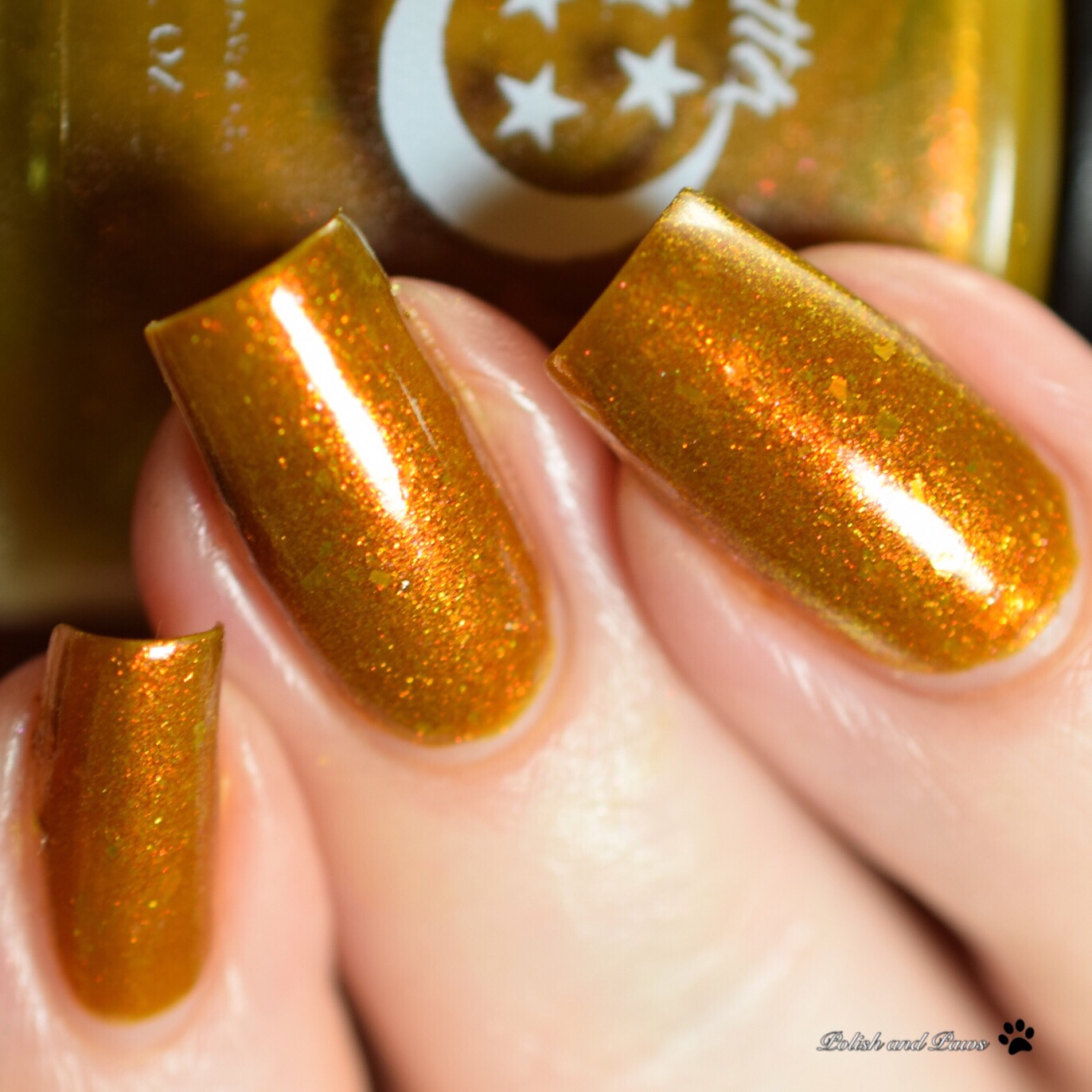 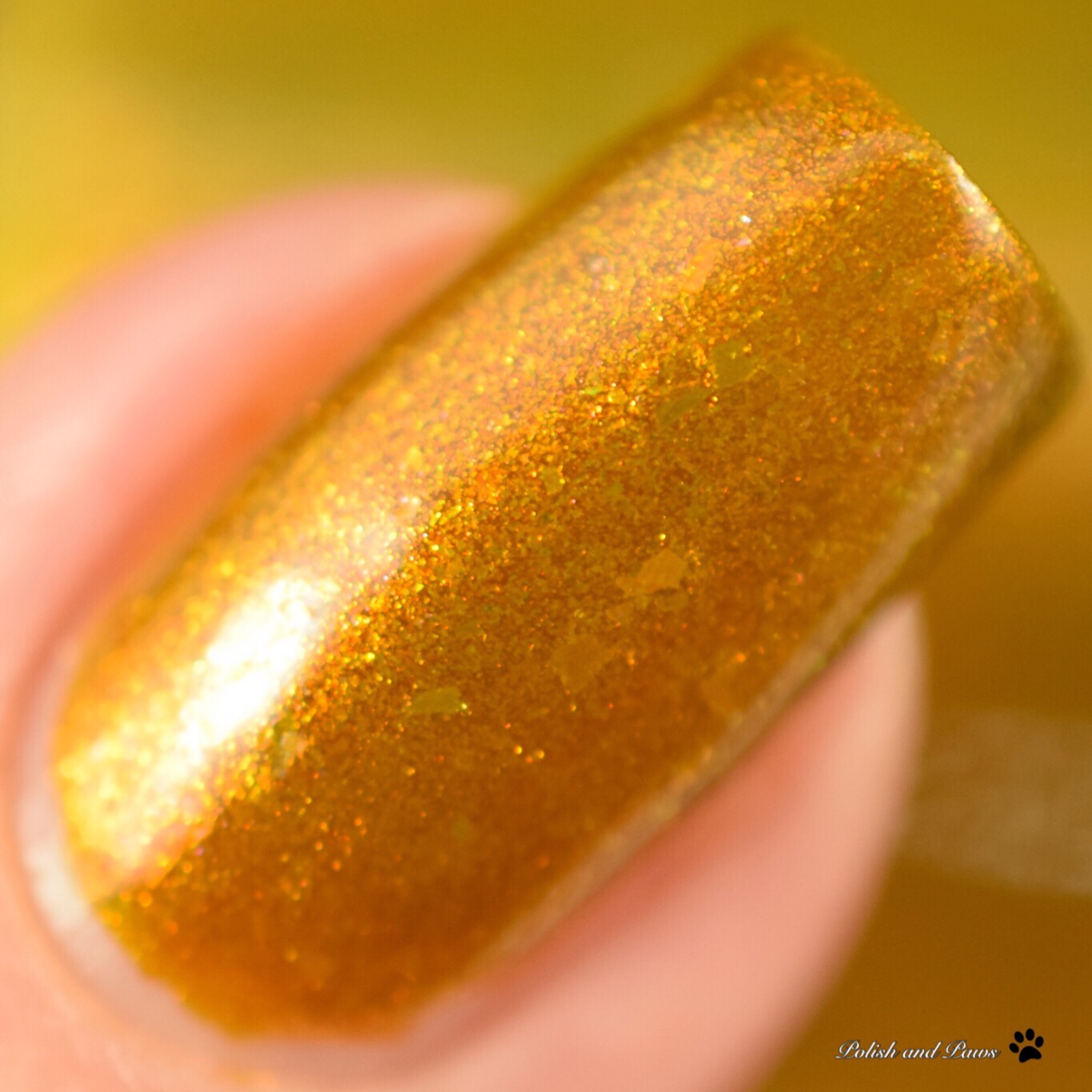 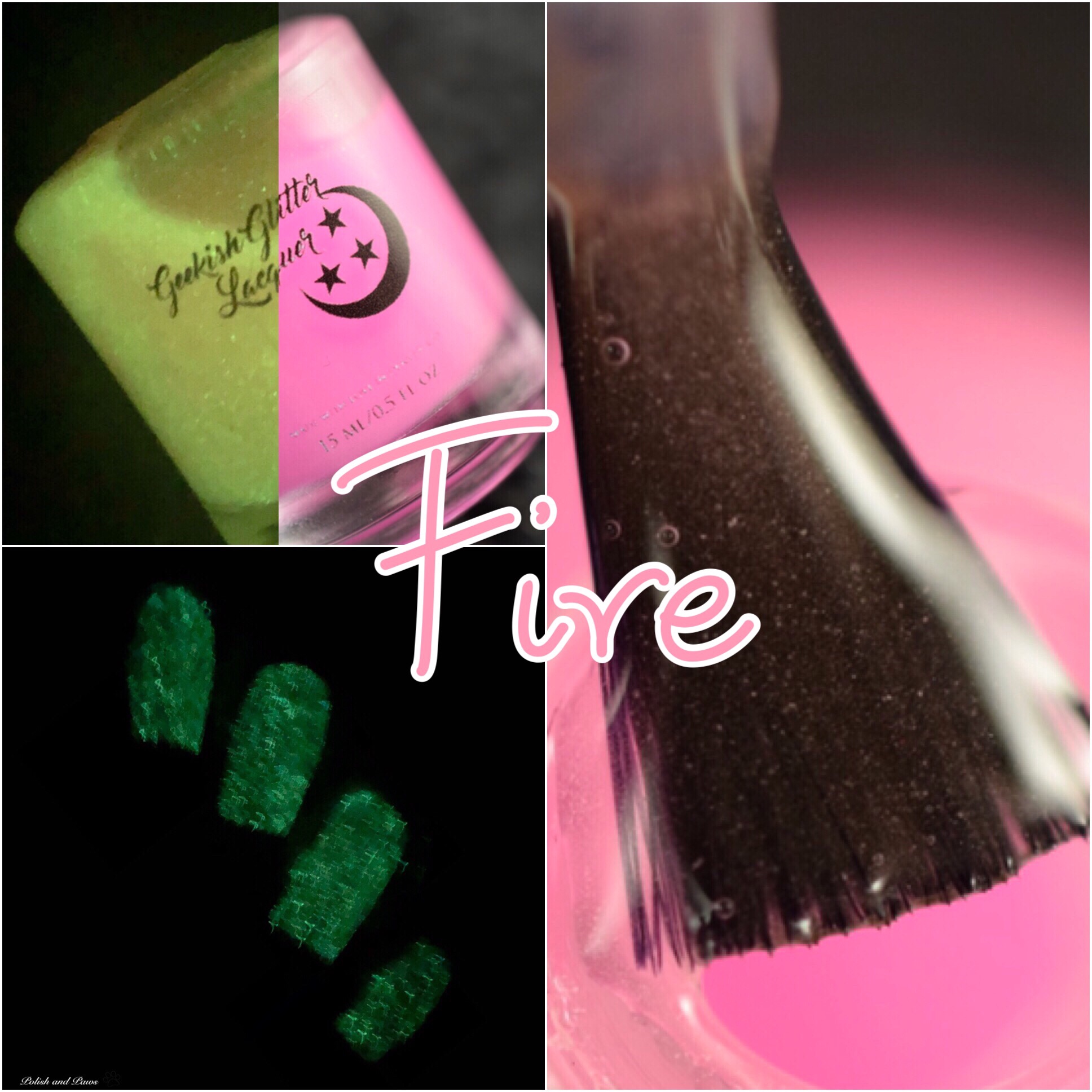 Fire is described as a red glow in the dark topper. I’ts not really glowing red for me except over the orange parts of my design, whereas it glows green over the yellow parts of my design. It also glowed green over ‘The Lion.’ Honestly I don’t know much about GITD polishes though. I used a black light to charge it and I had a very bright glow in less than a minute. I used just one coat over my design, which is fire because of course it was only appropriate. 🙂 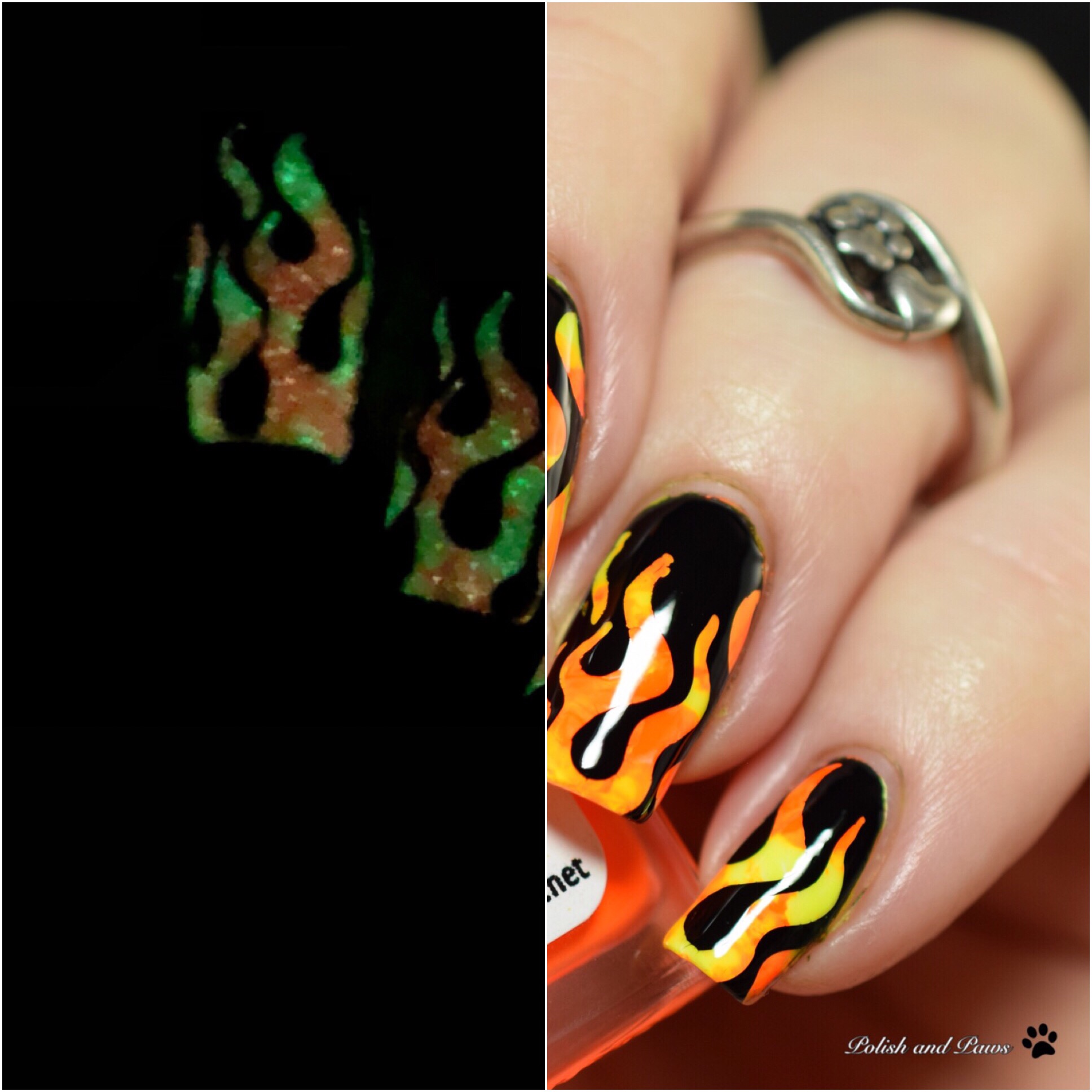 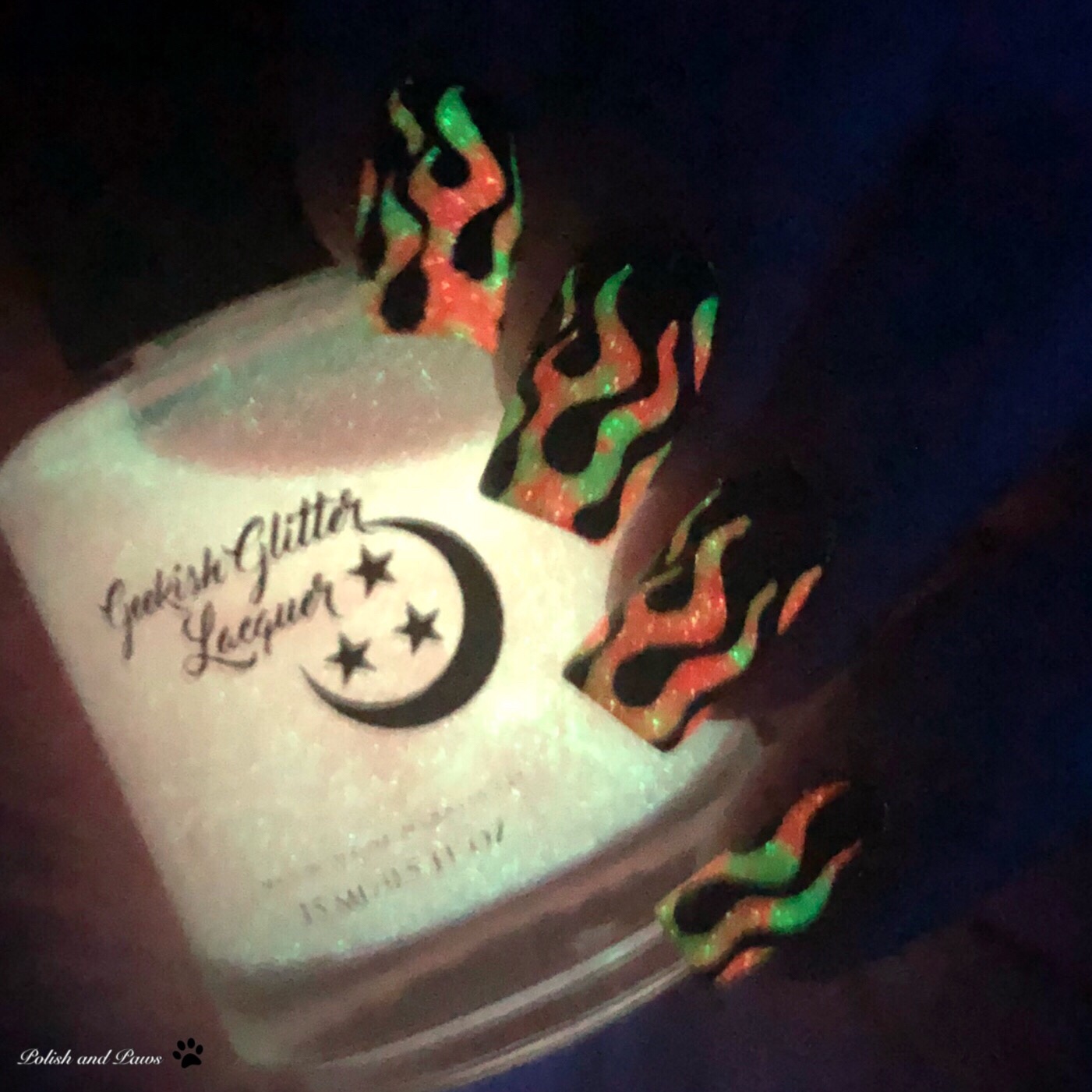