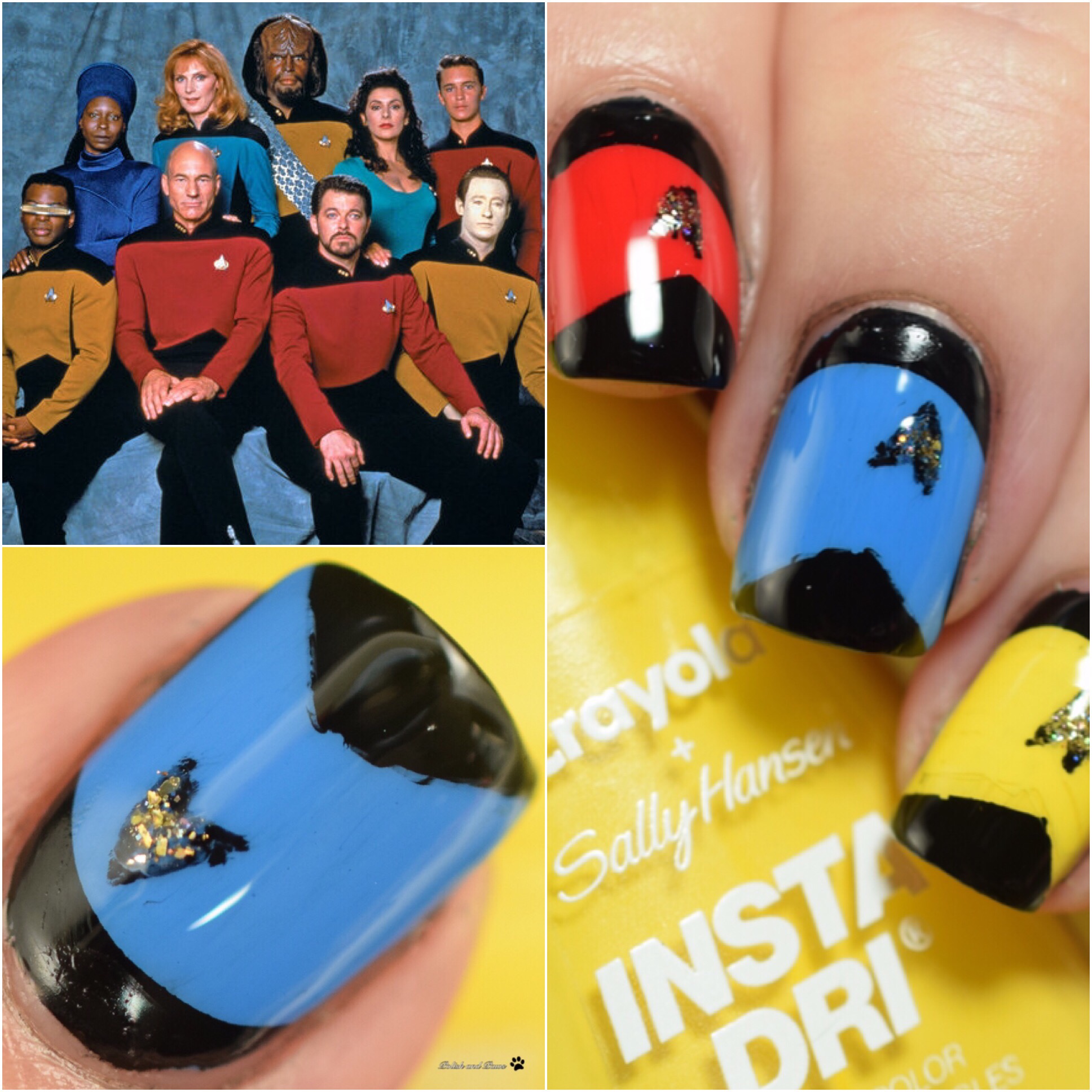 I am a big Star Trek fan. I wasn’t always, I tried to resist it for a while, but I was destined to be a Trekkie. My dad was a Trekkie before the name “Trekkie” ever caught on so I grew up watching Star Trek. Then I moved out and a few years later found myself marrying a Trekkie. Every Trekkie has a favorite franchise and mine is Next Generation, so I decided to do my mani around their uniforms. 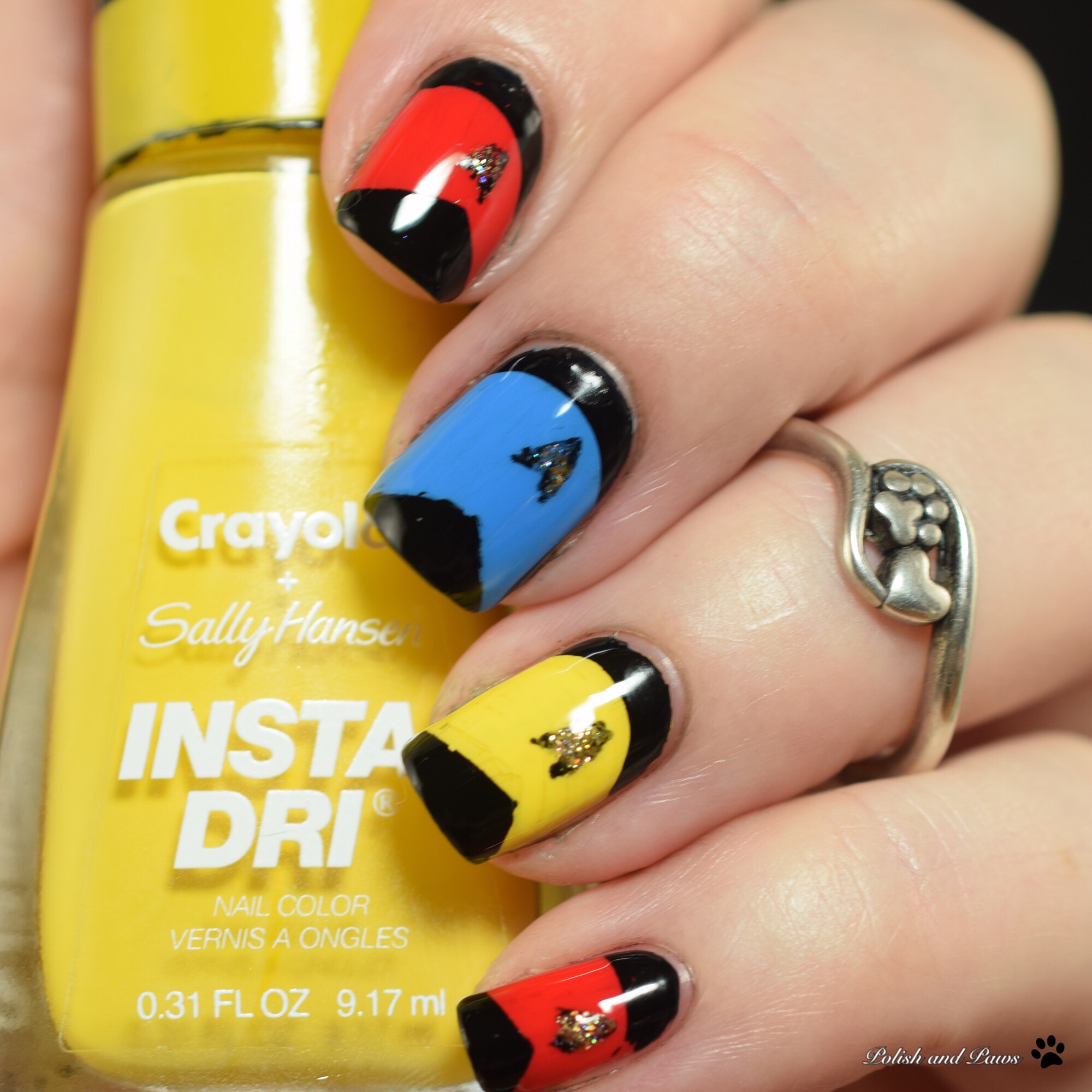 The Sally Hansen Crayola Insta-Dri’s are so fantastic for nail art it was an obvious choice to use them. 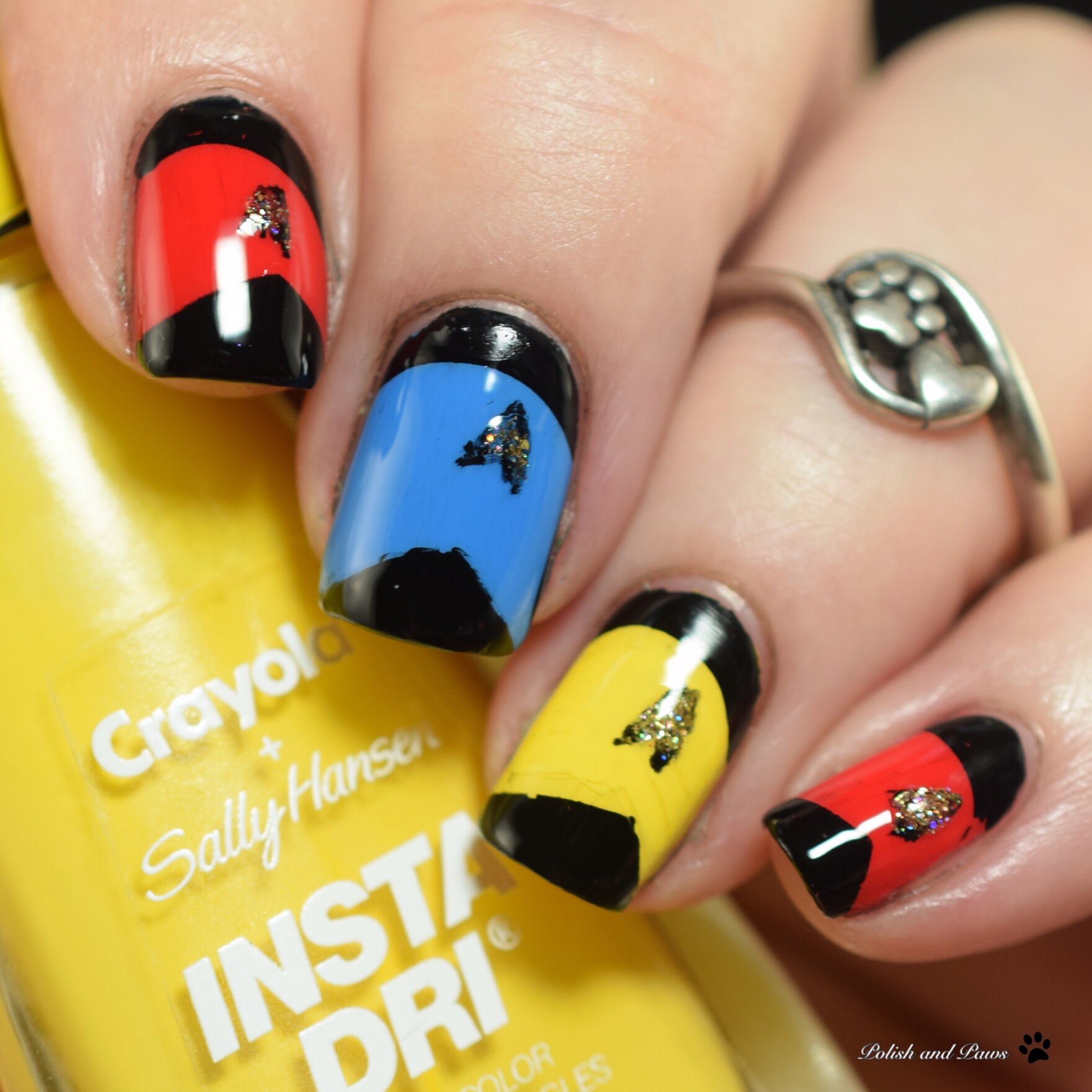 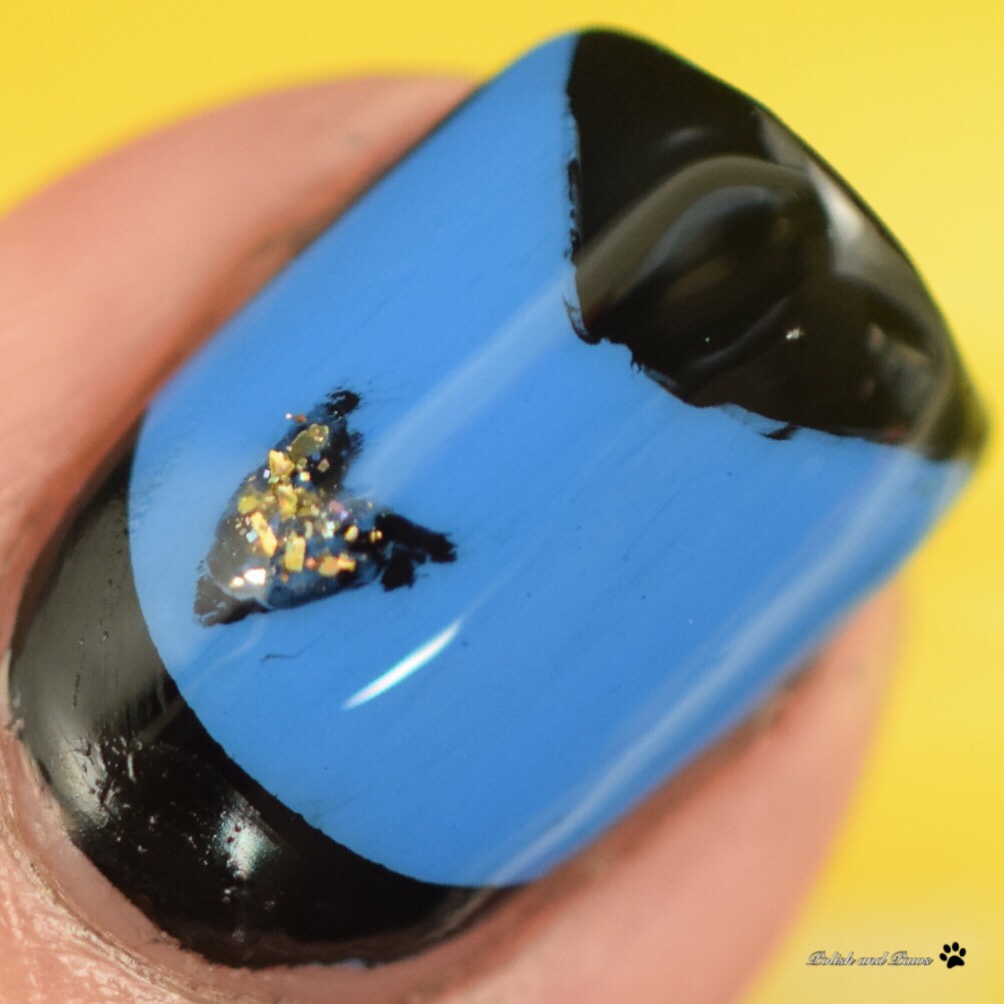 My stencil got wacky on the blue nail so it’s not lined up quite right but overall I like how this turned out.

Are you a Star Trek fan? I know it’s not for everyone, I hope you liked my Star Trek inspired nails though. Be sure to check out the link up below to see what the other ladies did for today.