Skip to content
Hi all! Do you know what today is? Saturday. But more importantly it’s “Silence Tally Mark” Day.
The Silence are an alien species in Doctor Who, which were inspired by Steven Moffats The Scream. In the show The Silence are only perceived while being viewed. Once a human turns their head their encounter with The Silence is gone from their memory. To help keep track of their encounters with The Silence characters mark tallies on their hands or arms.
Silence Tally Marks Day is April 23rd, which is the day The Impossible Astronaut episode first aired, when The Silence were originally introduced in the show. So in honor of Silence Tally Marks day a few of us nail bloggers thought it would be fun to do a tally marks mani link up. 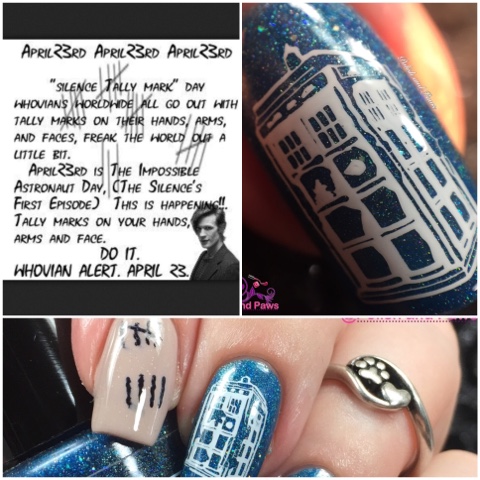 For this mani I used 2 of my Doctor Who untried polishes. Baroness X Chameleon Circuit, and Pahlish Impossible Astronaut. 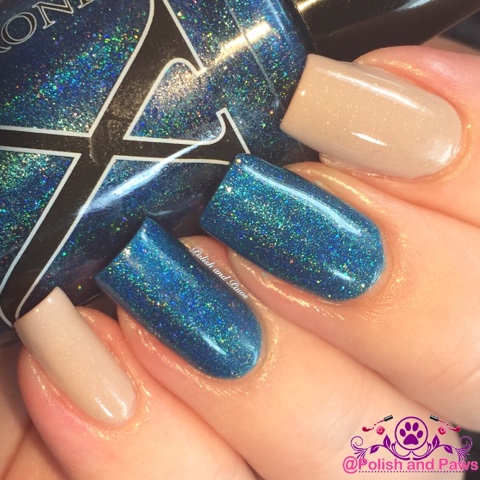 To finish out this mani I used plate CK-25 from AliExpress for the Doctor Who images. And I used a fine tip sharpie for the tally marks. 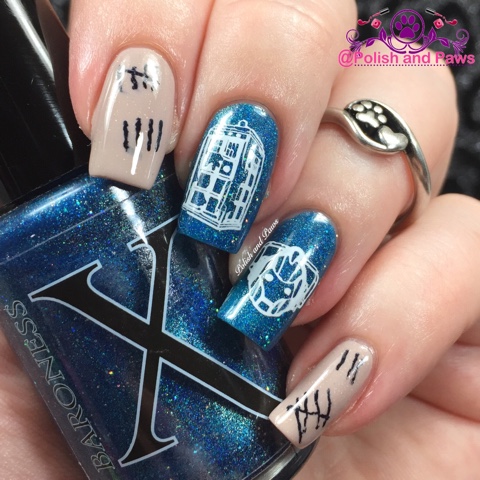 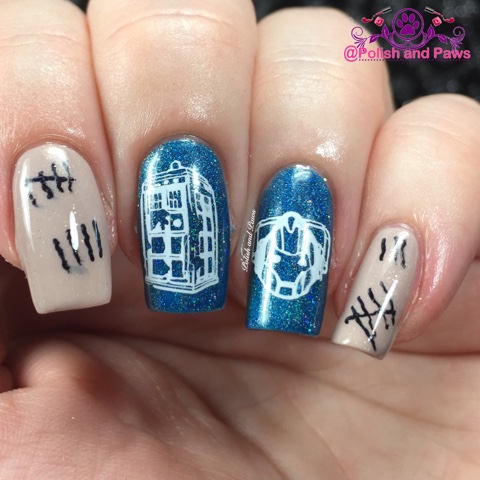 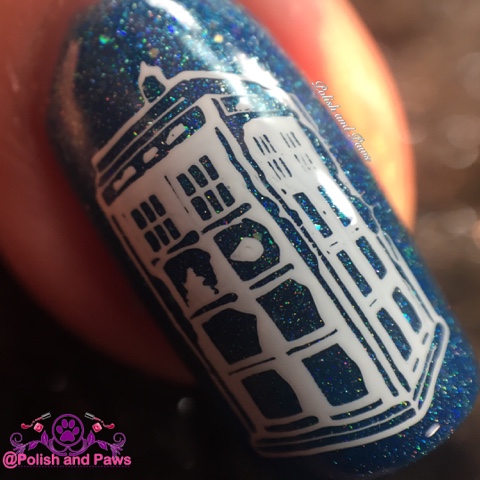 I hope you like this mani, and be sure to check out the others through the link up below! 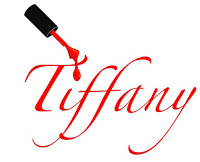