This months Glam Polish Heroes vs Villains Duo is based on the Characters Harry Potter & Voldemort from the Harry Potter Series. These were voted on in the Glam Polish Fan Group. Ordering info for these shades and a discount code required to purchase it will be included at the end of this post. Let’s take a look!

Glam Polish The Boy Who Lived 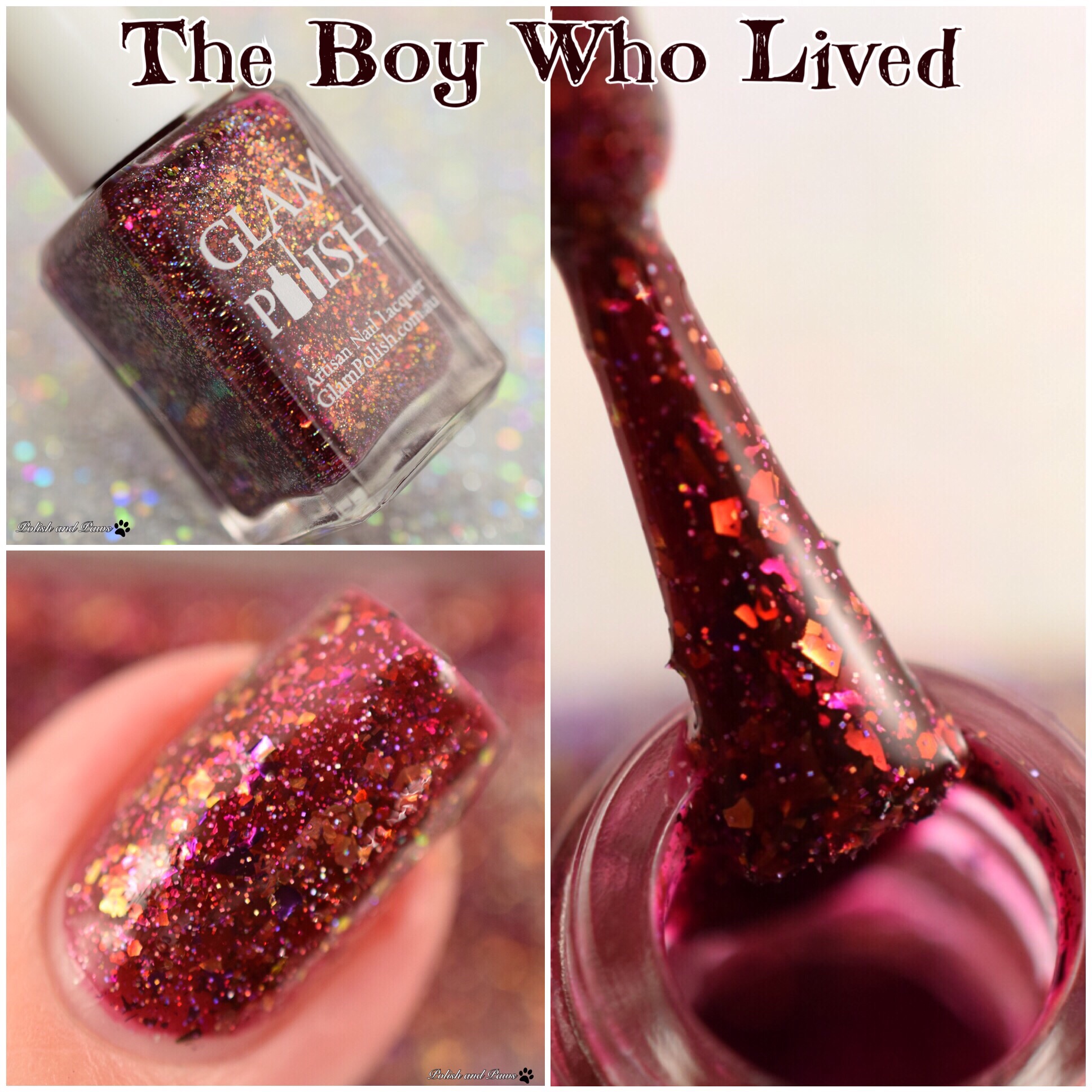 The Boy Who Lived is described as a Garnet Jelly with Gold Iridescent Flakies, Shifting Metallic Flakies, Color Shifting Iridescent Glitter and Fine Holo Microglitter.
For my swatches I used 2 coats, plus top coat. 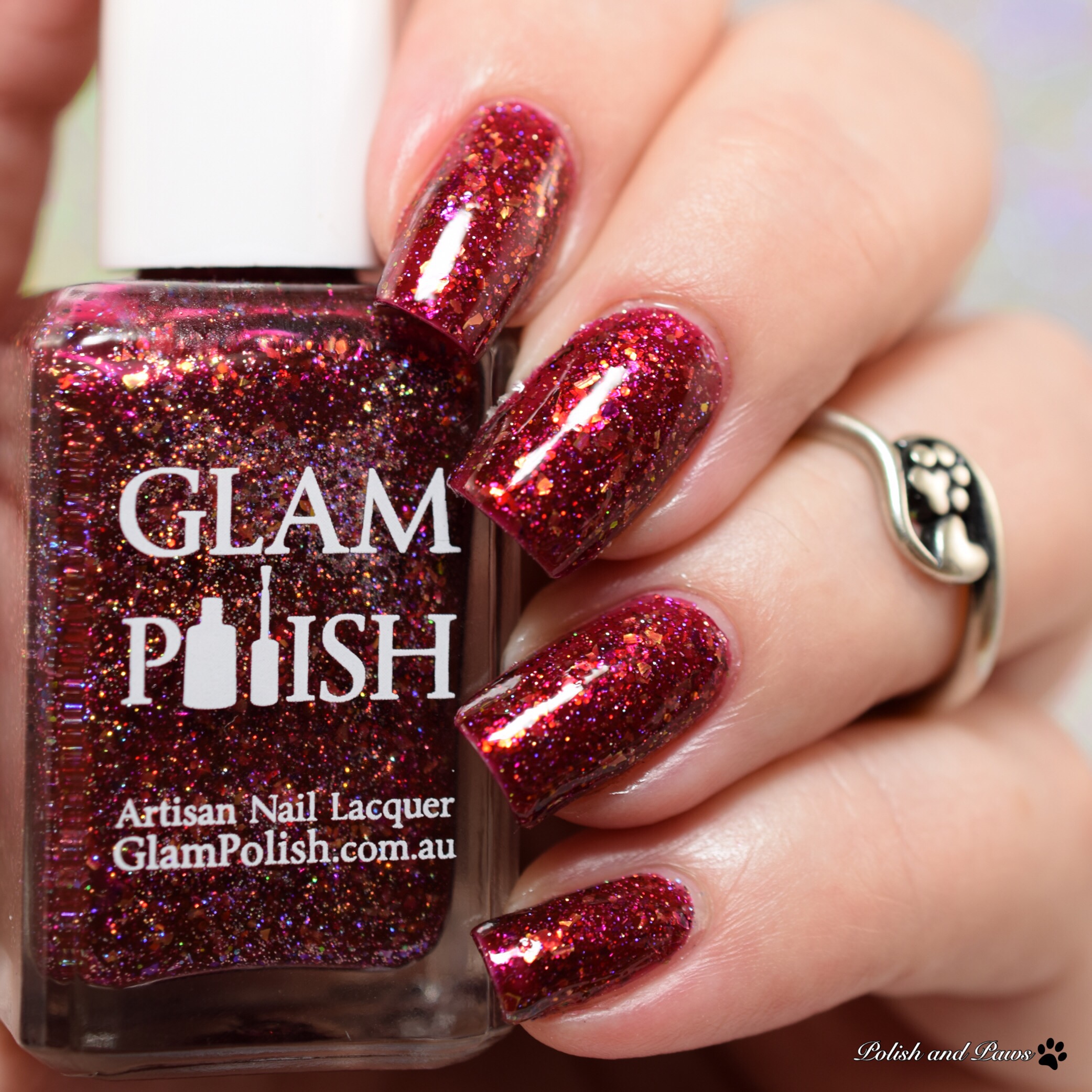 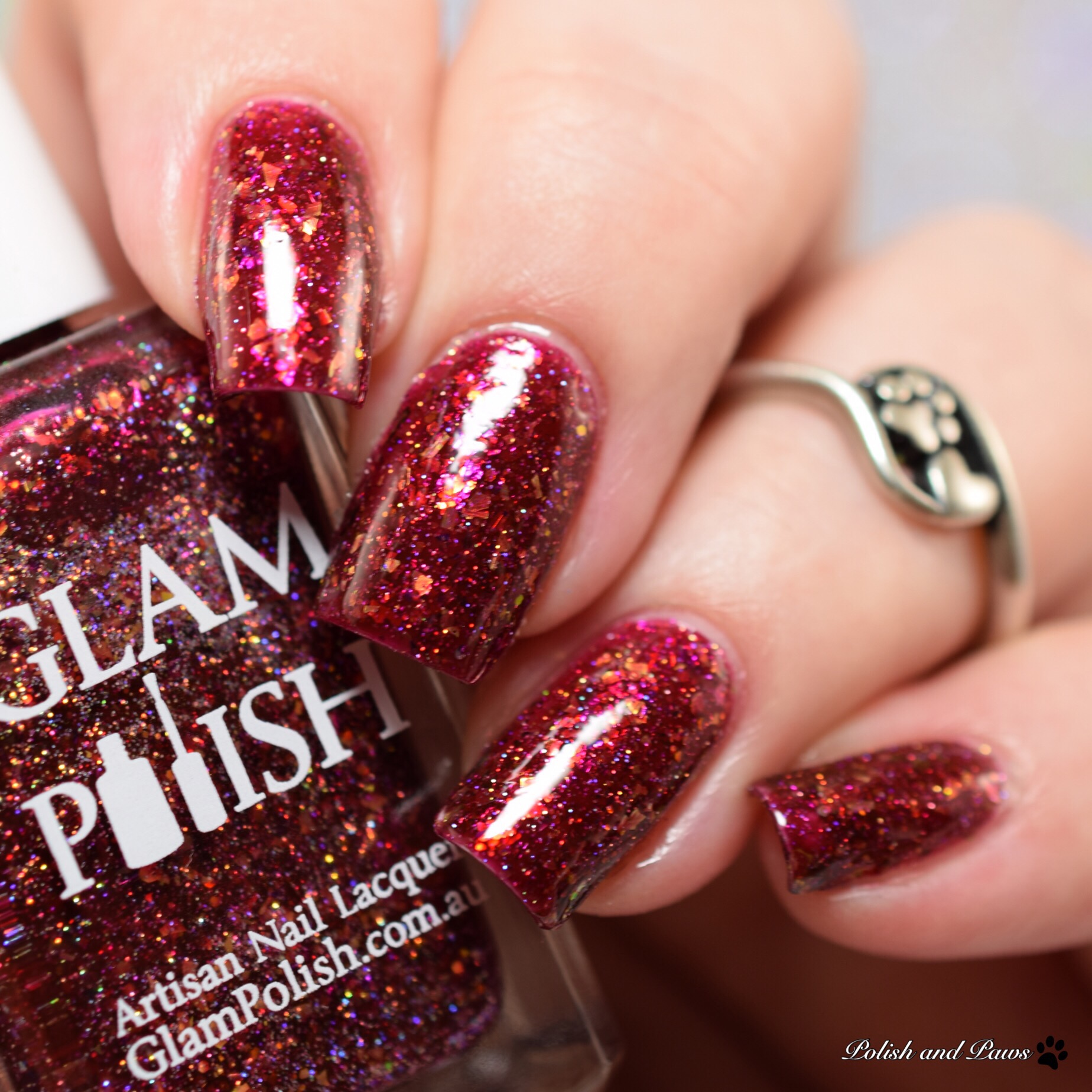 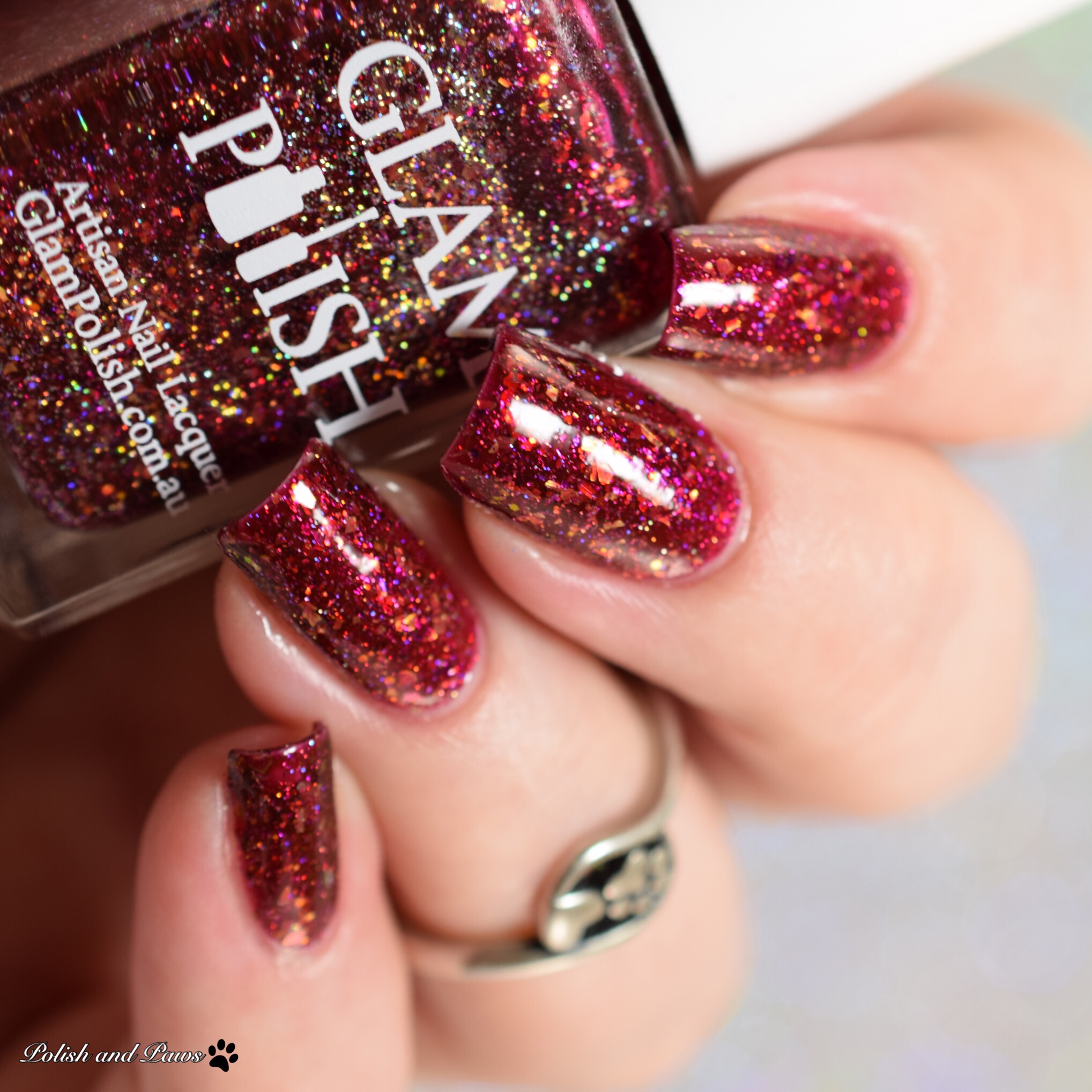 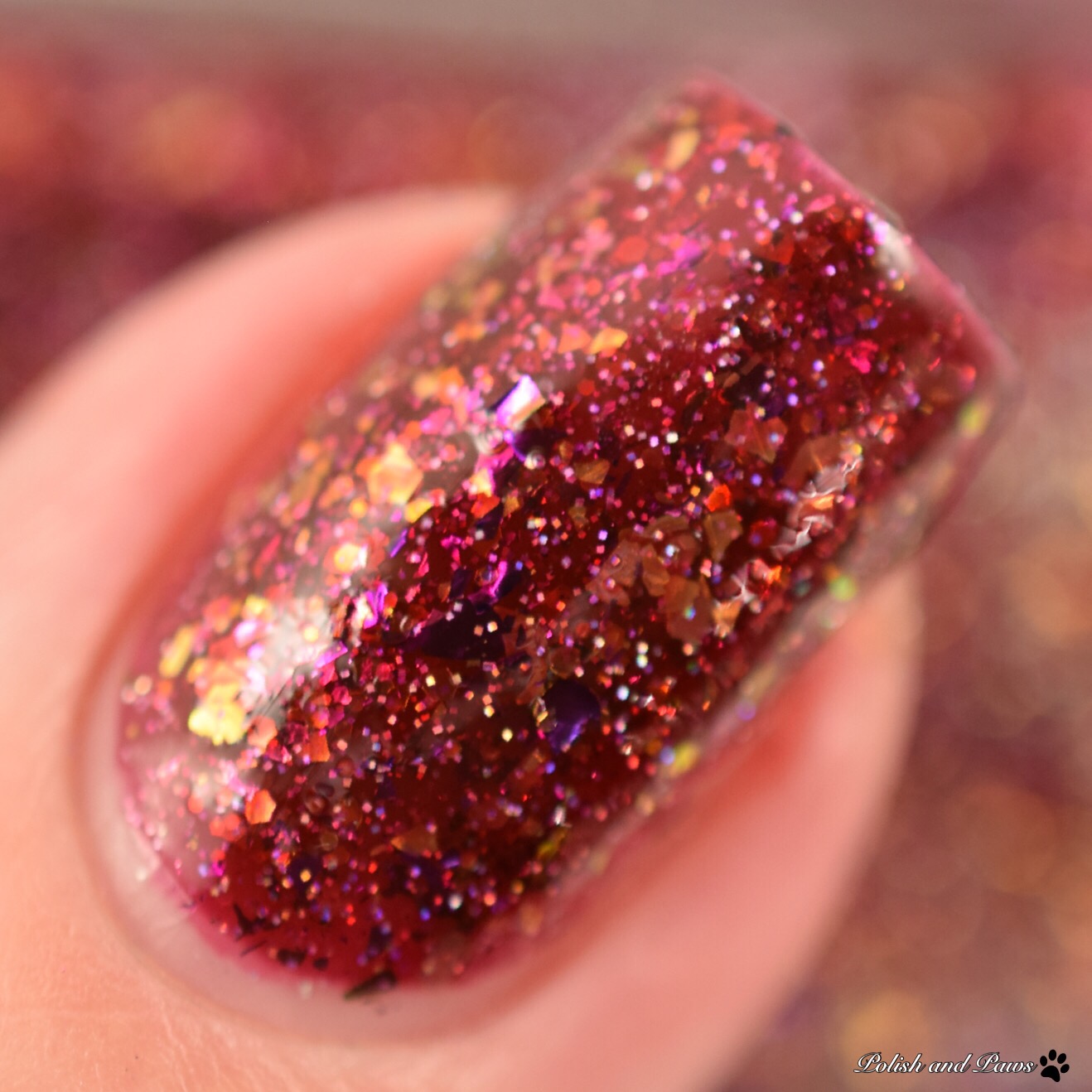 Glam Polish He Who Must Not Be Named 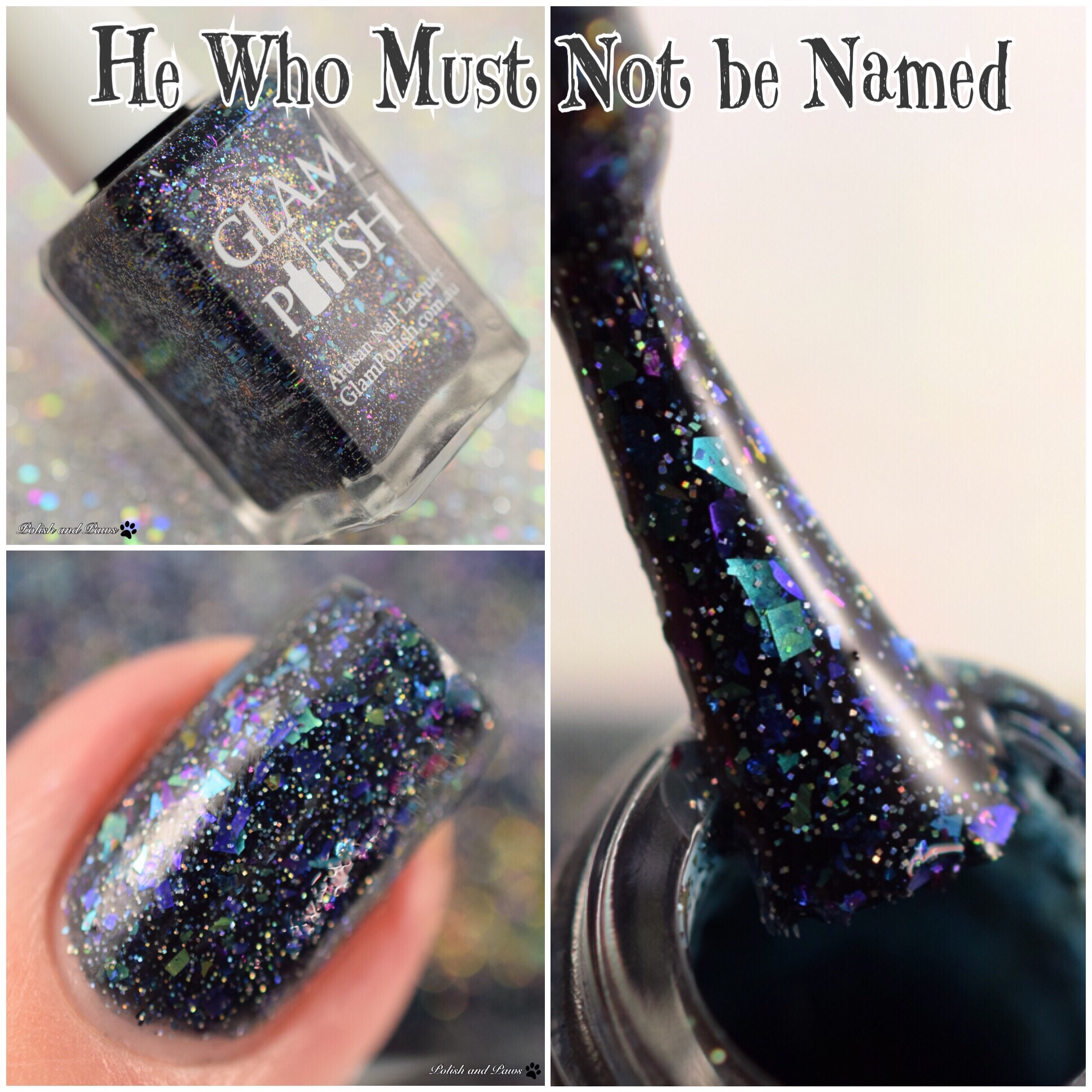 He Who Must Not be Named is described as a Blackened Blue Jelly with Green & Blue Iridescent Flakies, Shifting Metallic Flakies and Fine Holo Microglitter.

For my swatches I used 2 coats, plus top coat. 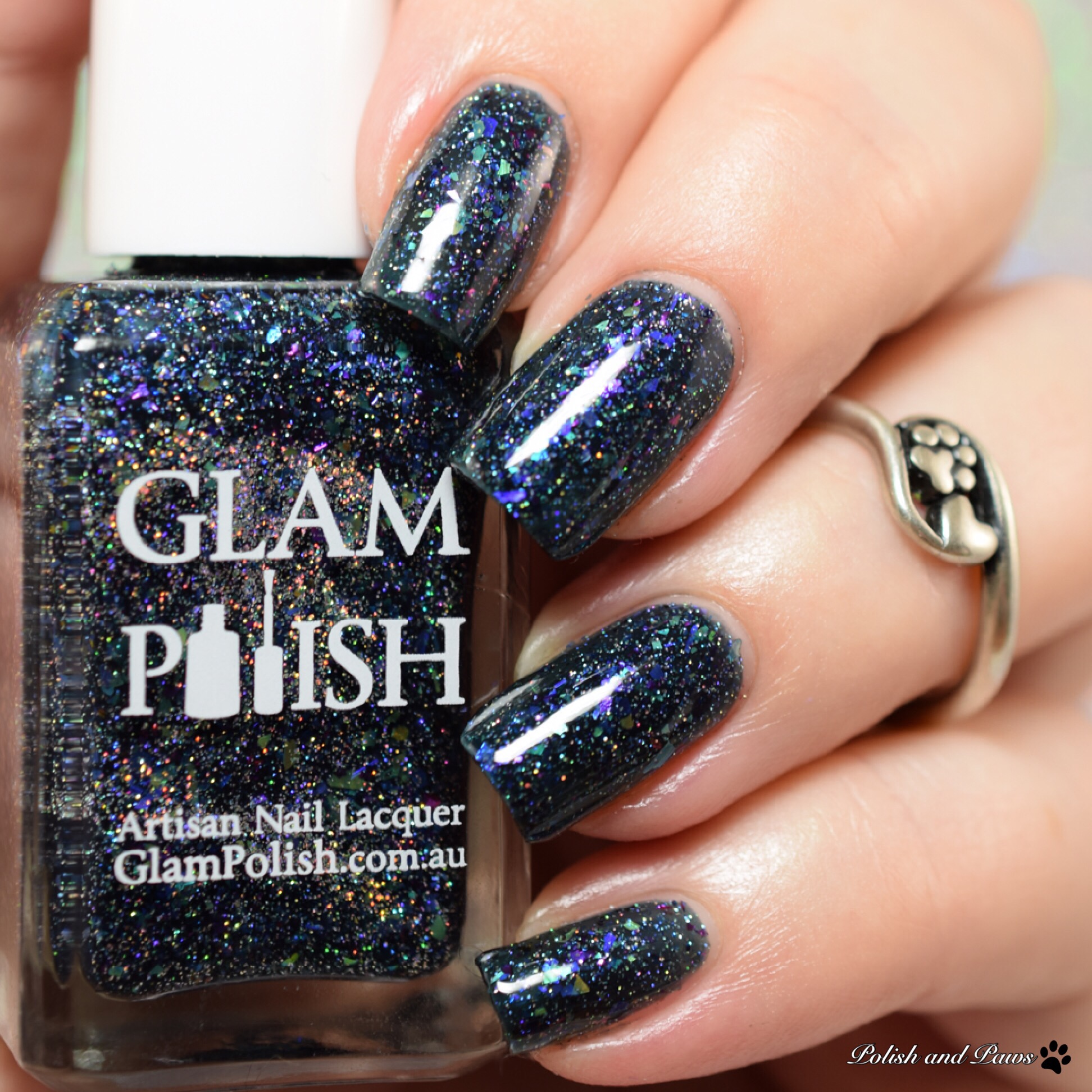 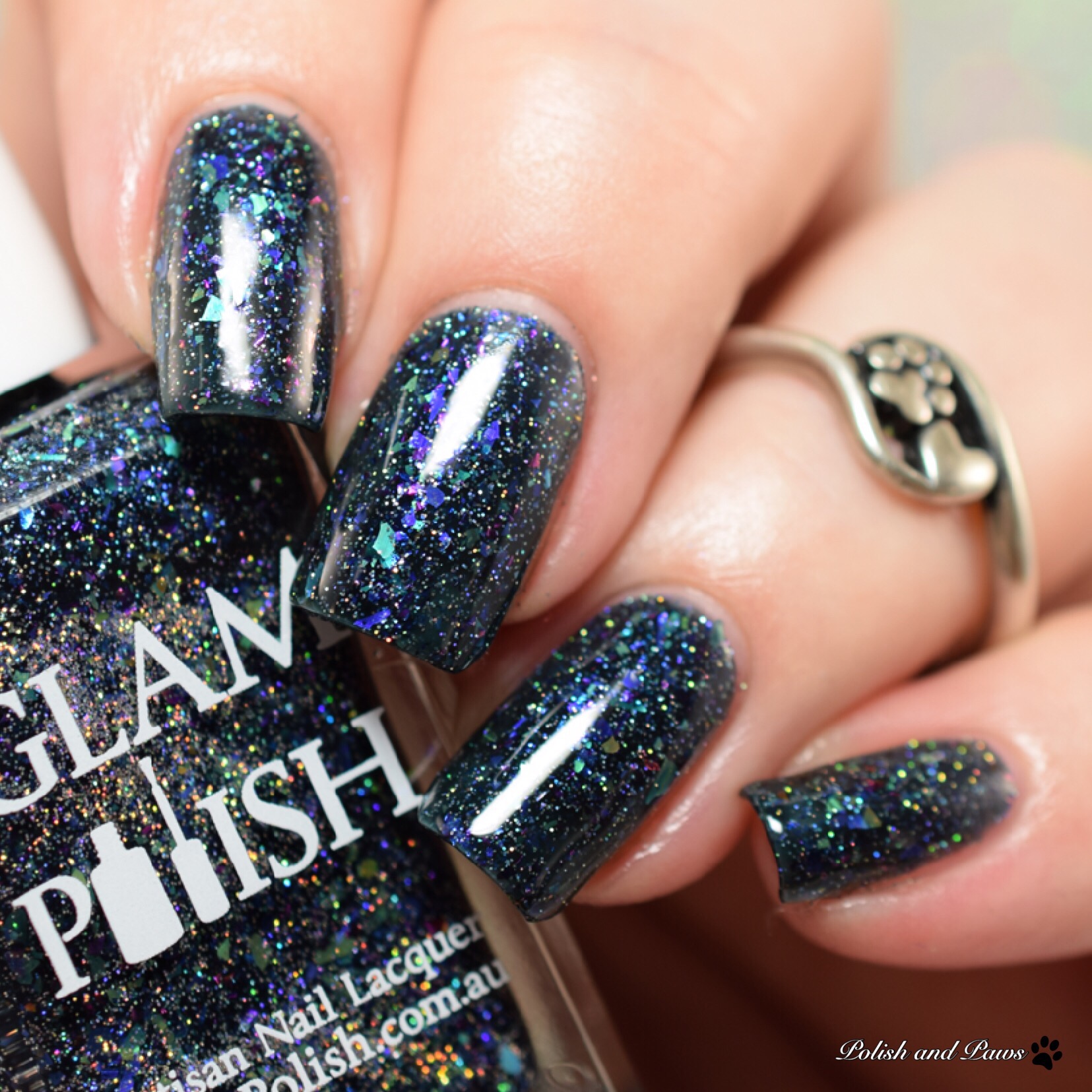 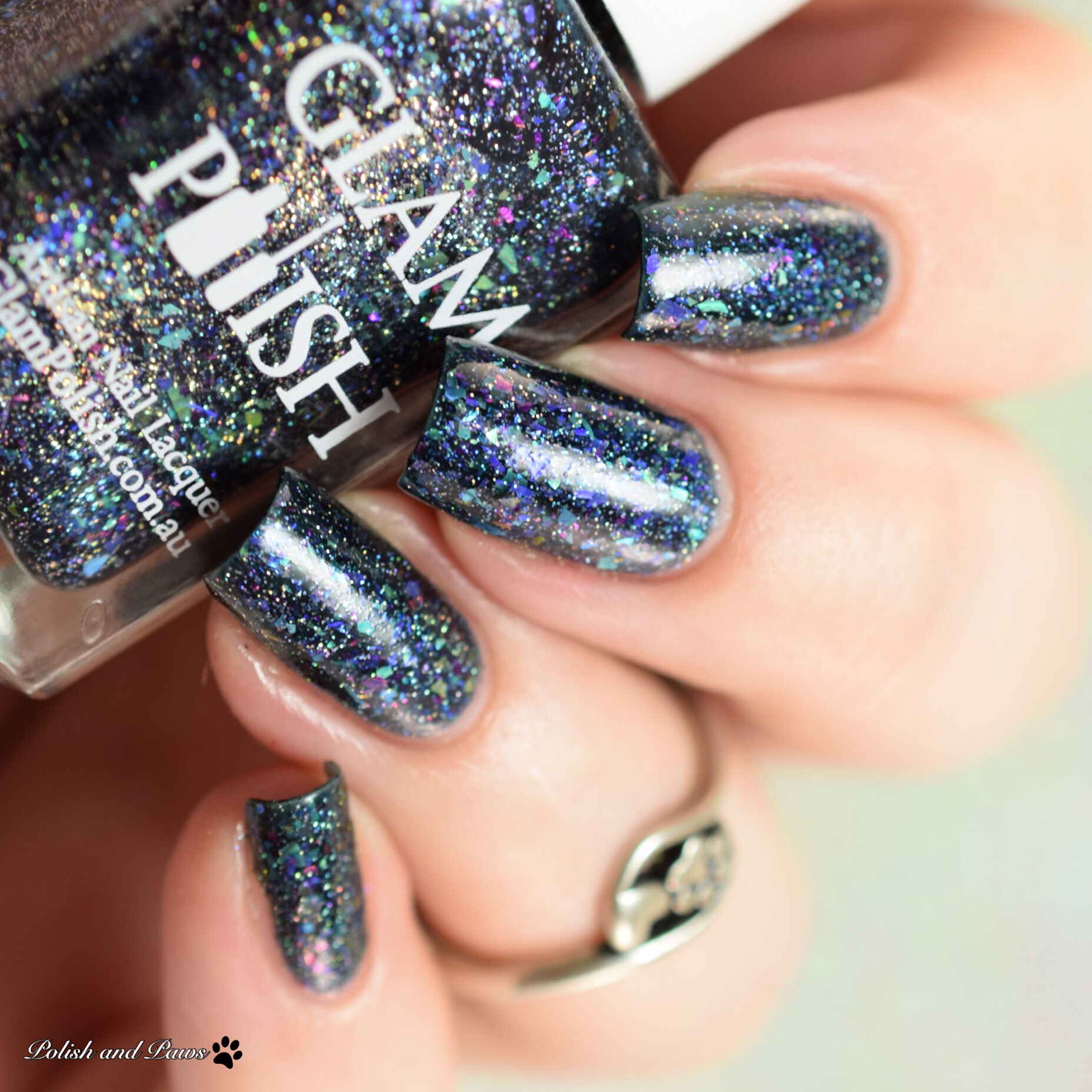 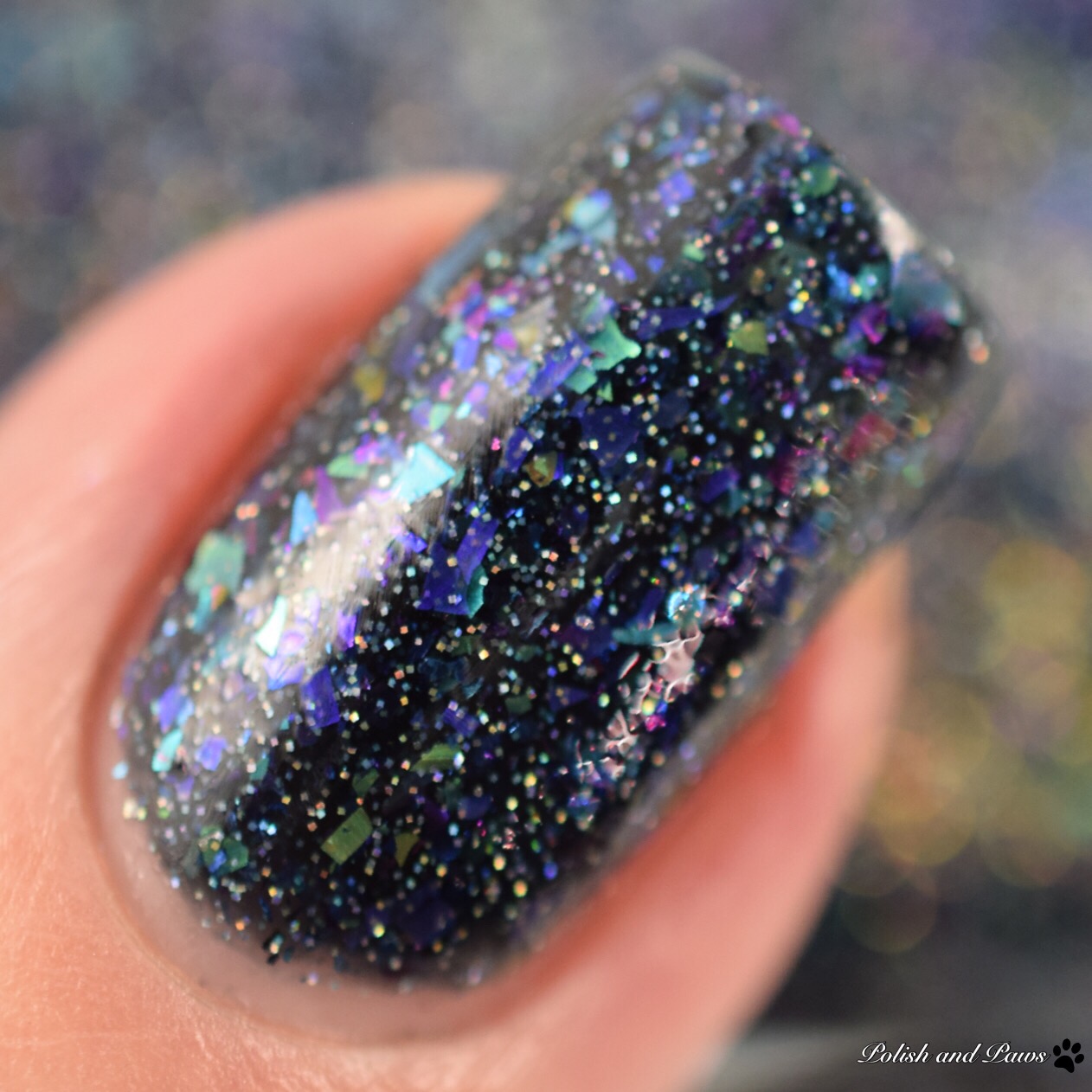 You must be a member of the Facebook Fan Group to purchase these. Link is below!