Skip to content
Hello ladies, and guys! Is your week off to a good start so far? We spent all day Saturday working on the house, we have been remodeling and redecorating our living room and dining room this month. It’s hard work for 1 and 1/2 people; my hubby usually is a full person and if I’m having a “good” day I can do probably half as much as a healthy person. It really has been exhausting, so I spent Sunday resting and recovering. I can’t wait for it to all be done! Okay, now on to todays post.. cause ya’ll came here for the polish. Leesha’s Lacquer is celebrating 5 years in business this month, which if you know how over saturated the indie market is, that is no small feat! 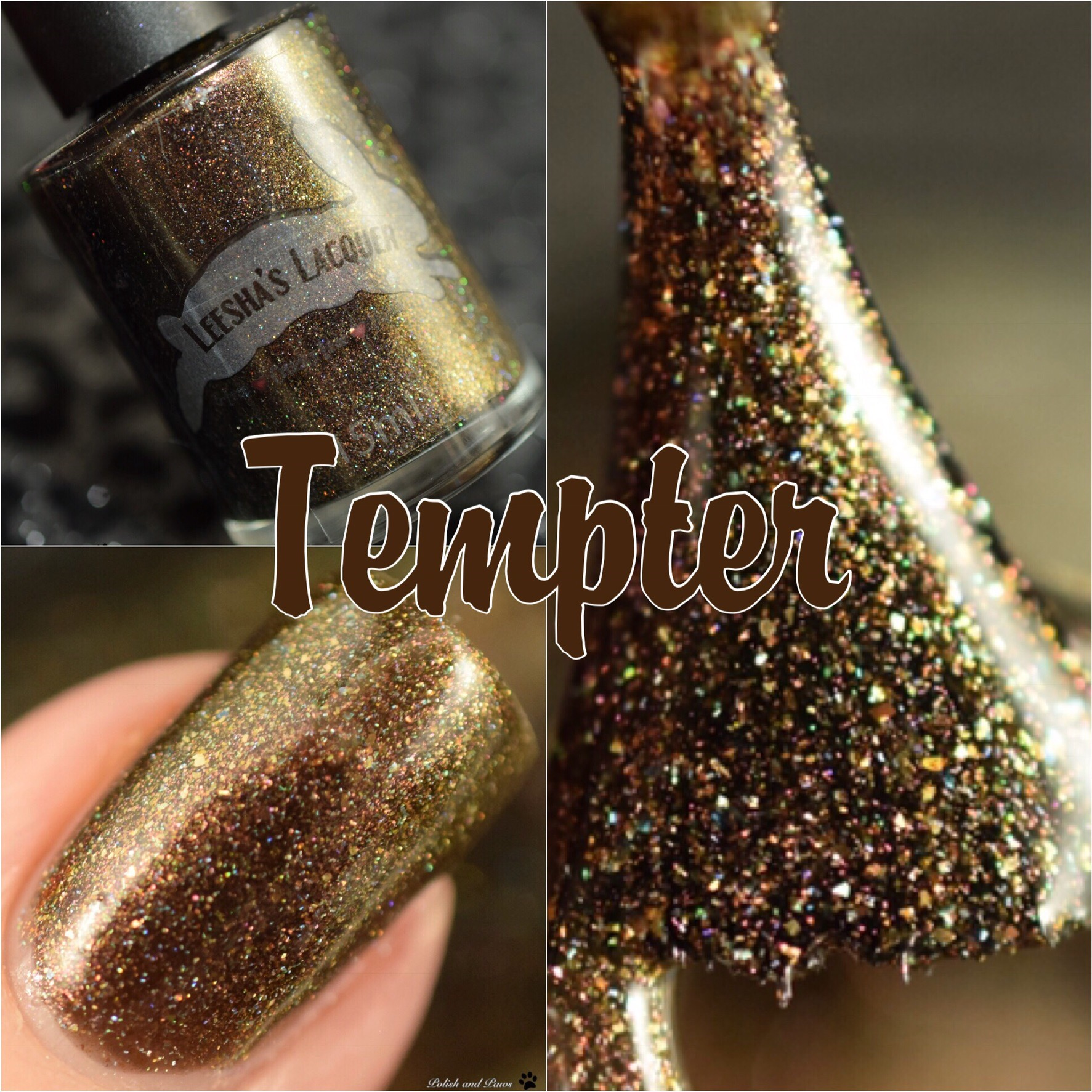 To celebrate her 5 Year Anniversary, Alicia has released a throwback polish EVERY FRIDAY, since there were 5 Friday’s in August! Each polish chosen to be released ranged from her FIRST EVER polish made, to Fall 2016 and everything in between. She only chose the BEST from the past, so let’s take a quick look at what has been released already.
Alicia also released a special one-of-a-kind polish on the 15th, Time & Space. Once this one is gone it’s gone forever. But there are still a few available!At the first of the month Manna from MannasManis.com showed us Oceania, this ocean inspired jelly has a bright blue base with various shaped and sized blue glitters. Still Available Here.

The following week An from ThePolishedHippy.com showed us Red Viper – inspired by the red viper in the Game of Thrones. Red Viper is a glitter topper with red holo glitter and iridescent glitter. Still Available Here.

Next Krystal with QueenofNails83.com showed us All That’s Fall, from Fall 2016, it  is a purple based jelly with purple and blue shimmer and purple/pink/orange flakies. Still Available Here.

And that brings us to today. Tempter was Alicia’s first ever multichrome polish, only this time it has a bit more shiftiness!

Tempter is described as a black based polish that shifts from gold to red. Tempter is the first ever multichrome that Alicia released. The formula is very close to the original, but not exact, this time she added more shifty pigment! 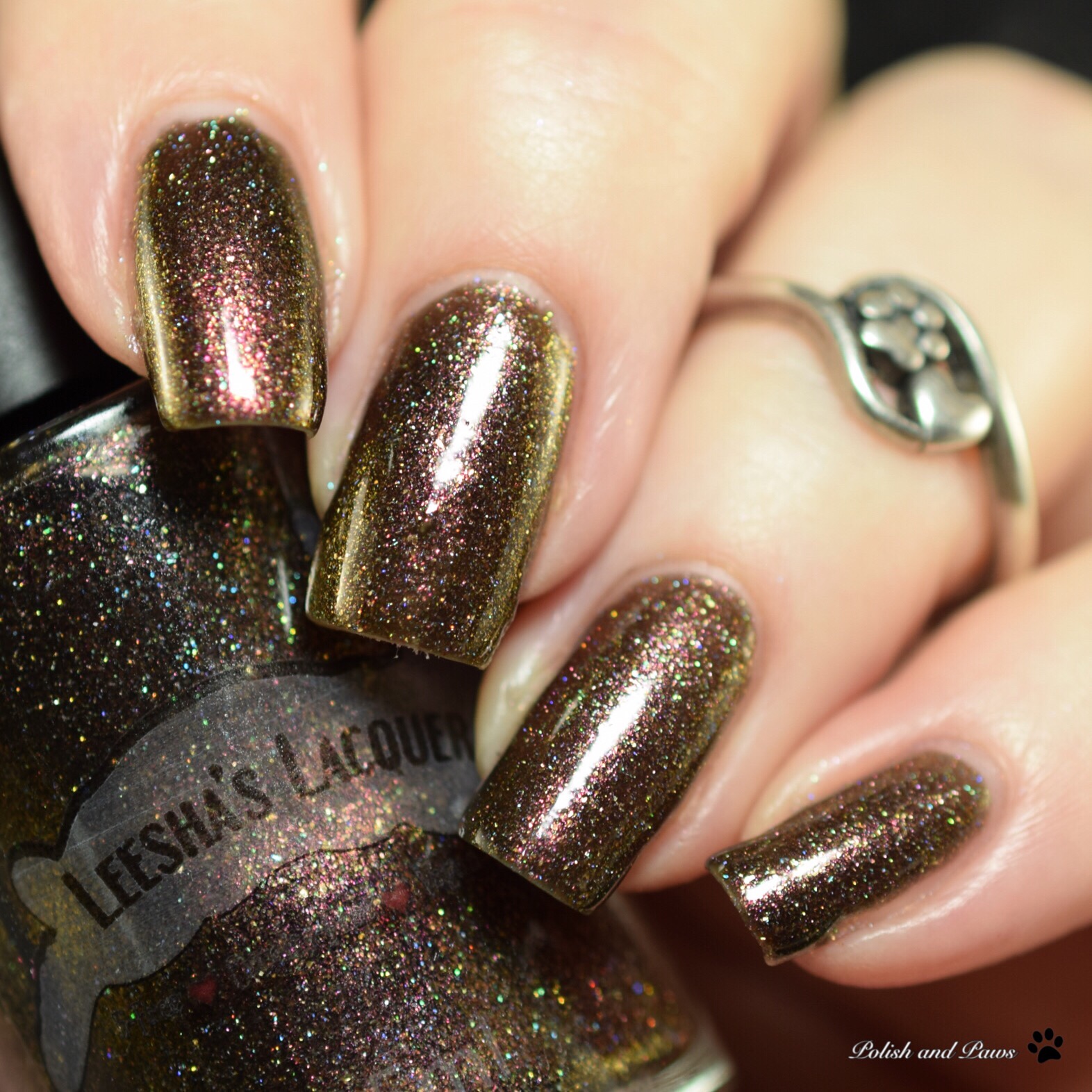 The formula was very smooth and easy to work with. It applied best in 3 thin coats, but you could also get away with 2 thicker coats. I sealed my swatches with glossy top coat. What I love about this is that even though it is a re-release it has stood the test of time, not all polishes do since style and demand changes. I don’t have info on when this was originally released, but this beauty is definitely still fresh and current today! 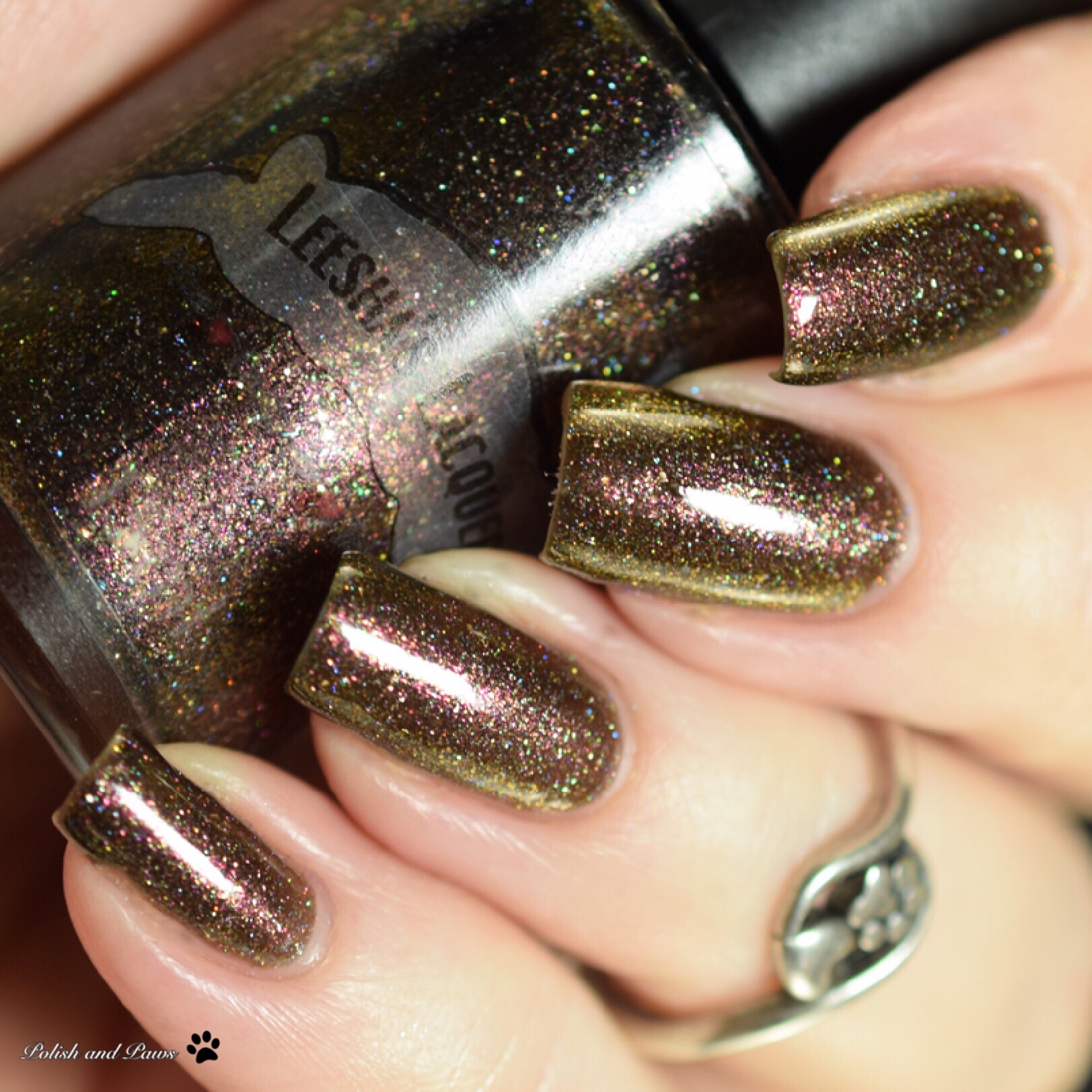 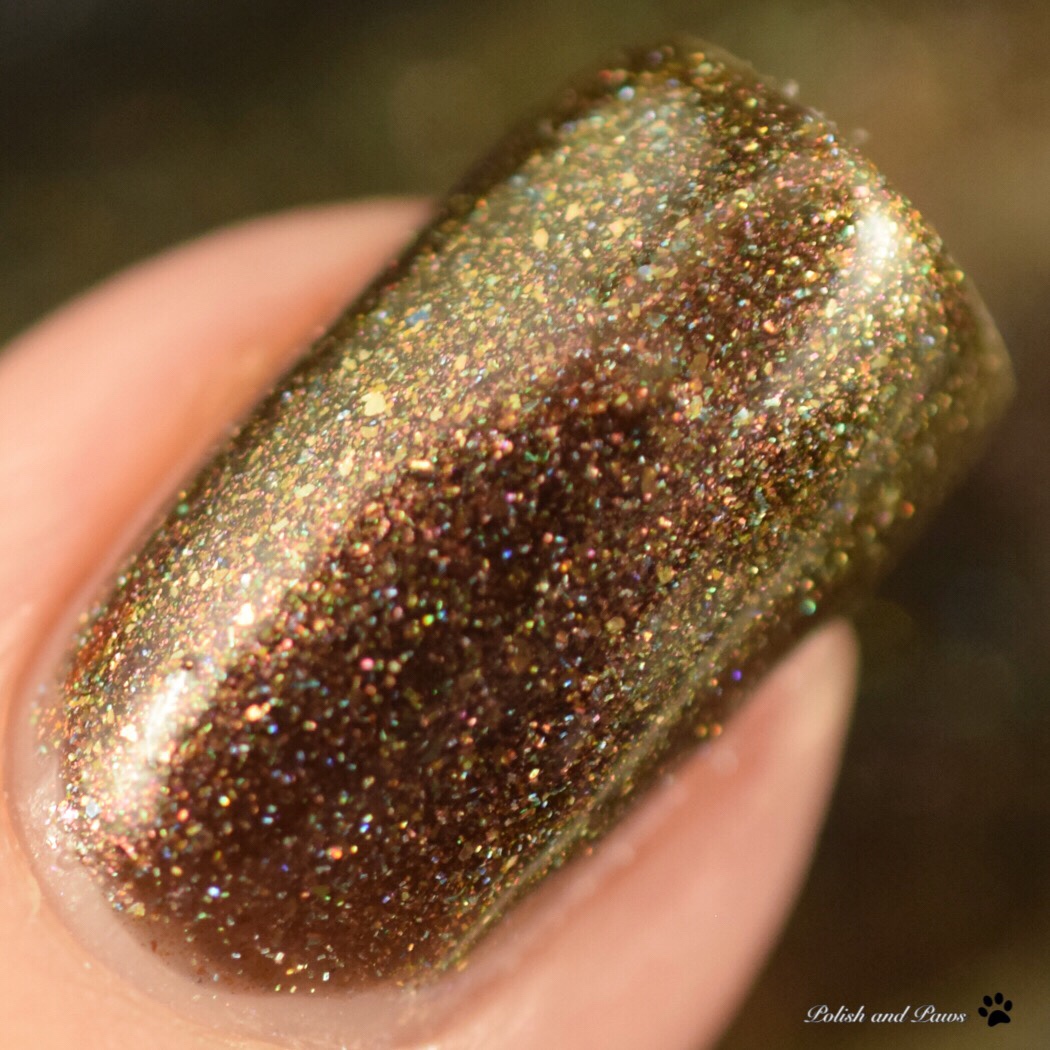 Tempter will be available on Friday August 31st. A full size 15ml bottle will retail for $8, and the 7.5ml will retail for $4. Don’t forget to check out the other releases from this month as well!

For more information about Leesha’s Lacquer check out her social media below.