Skip to content
Hello lovelies! I hope you had a great weekend. Mine was busy busy so I didn’t get much down time if any. That’s okay though, I will find some downtime this week. Today I have to show you the LynB Designs October POTM x 4! That’s right she did 4 polishes for this month because October has 2 birthstones in a multitude of colors. Let’s go ahead and jump right in.

Lightning Ridge is described as a black base loaded with a rainbow of colorshifting and iridescent flakies. Now I don’t know if it’s me or just black polishes in general, but I just can’t photograph them worth a sh*t. This is much prettier in person, but I did take a couple shots with a matte top coat so you can actually see all the flakies. Formula was a little thick but still workable. It was suprisingly opaque and just needed 2 coats. Sealed with glossy top coat (and matte below.) 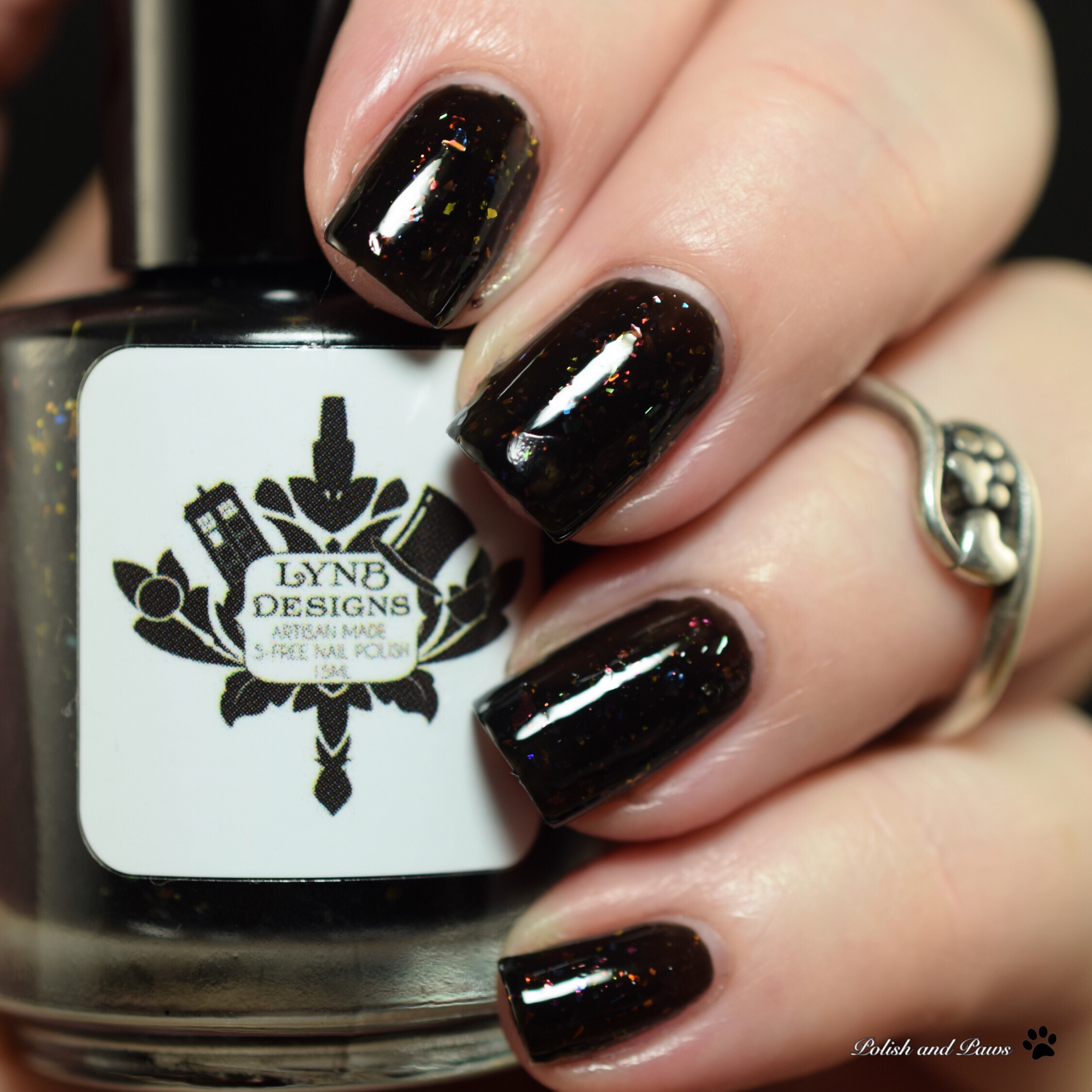 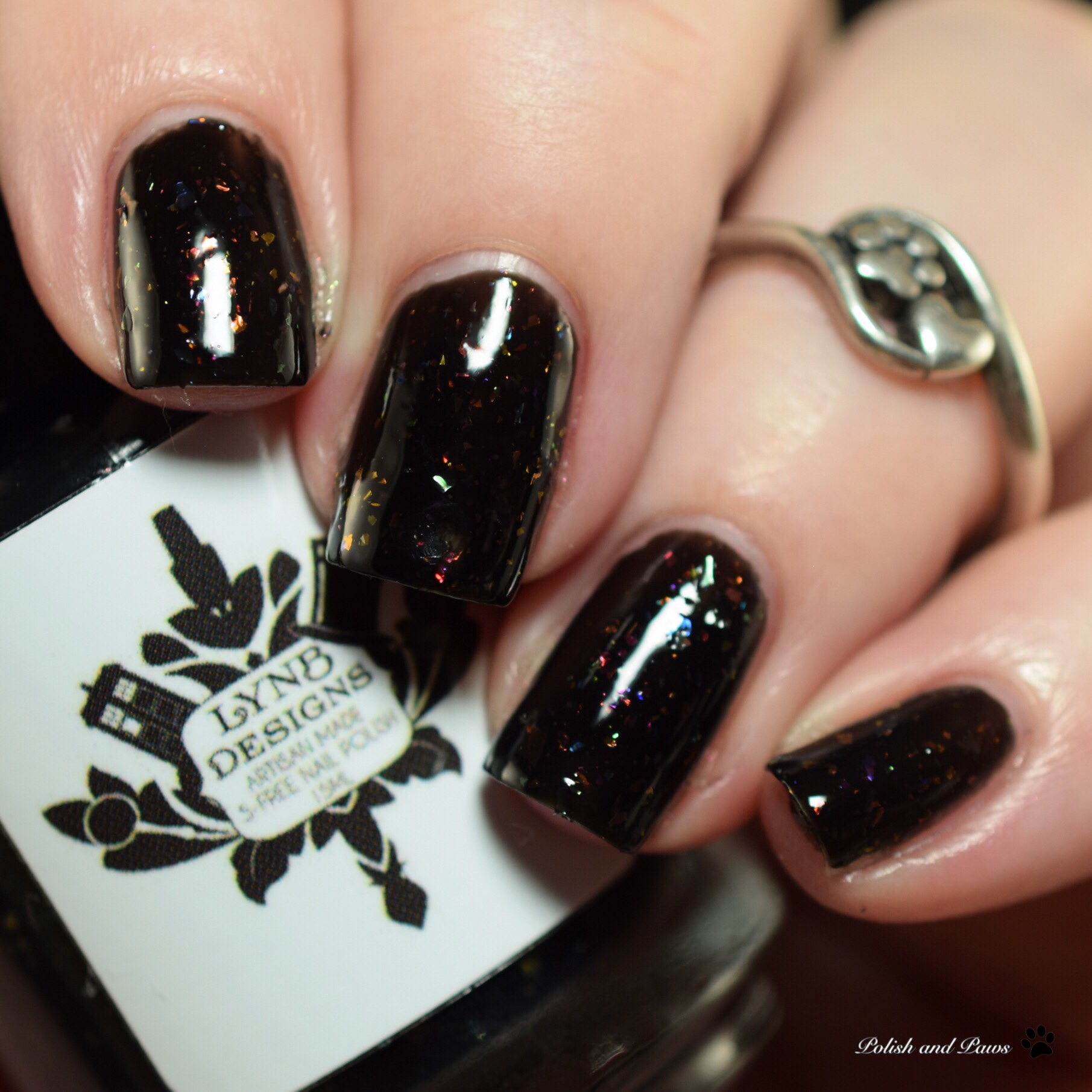 Opal Eclipse is described as a pale lavender base with turquoise glow shimmer and purple to lime to copper to pink colorshifting opal-like flakies. Smooth formula. My swatches show 3 thin coats with glossy top coat. 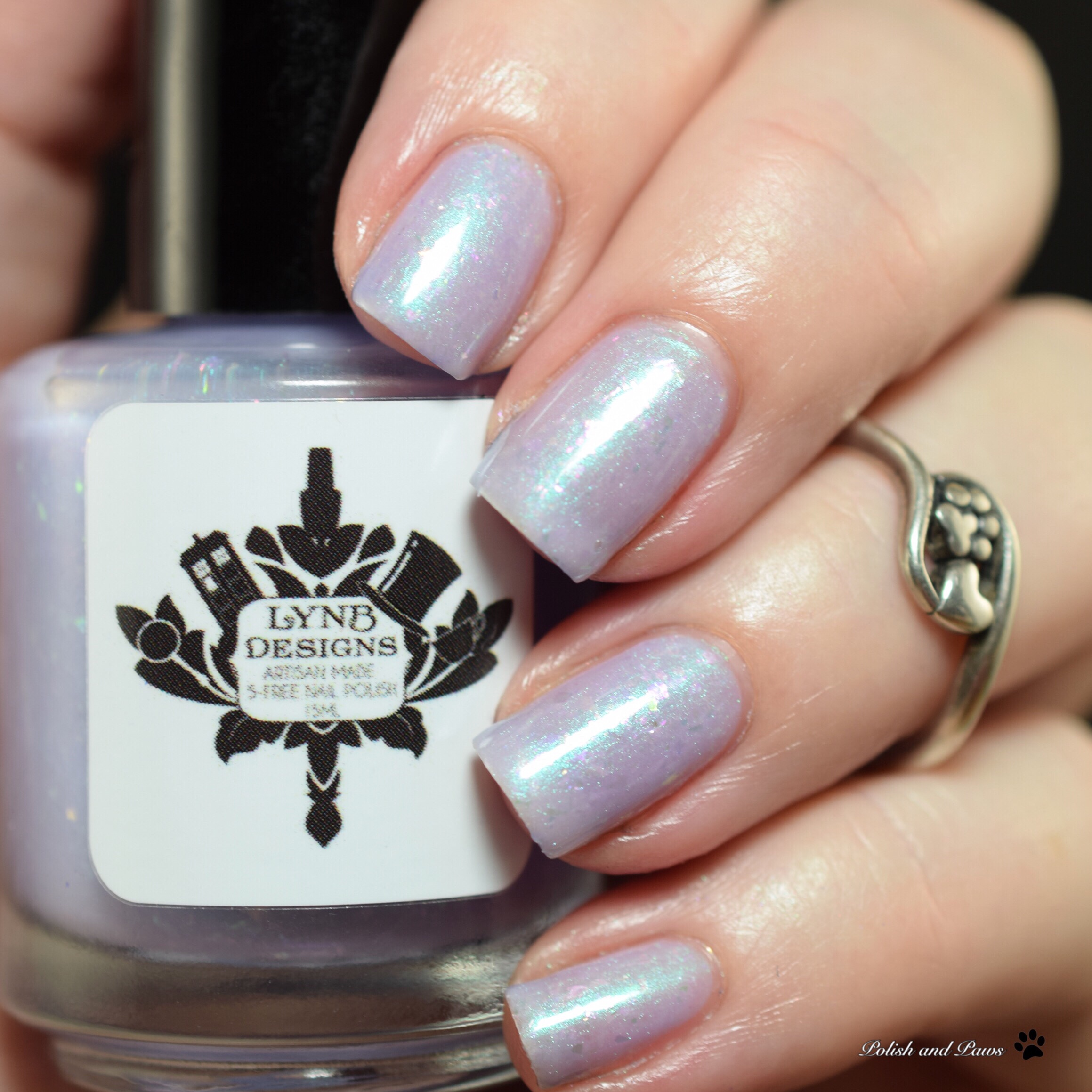 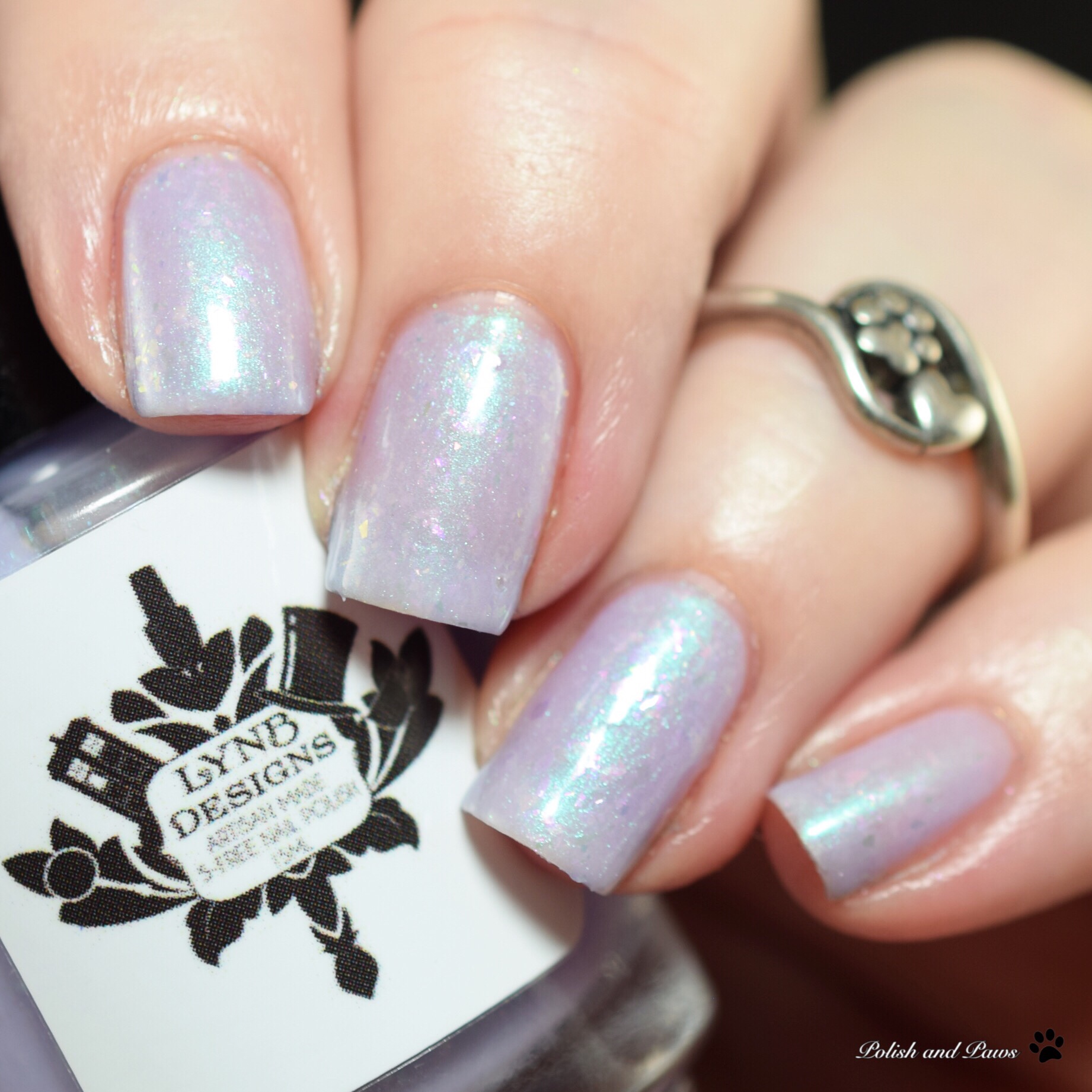 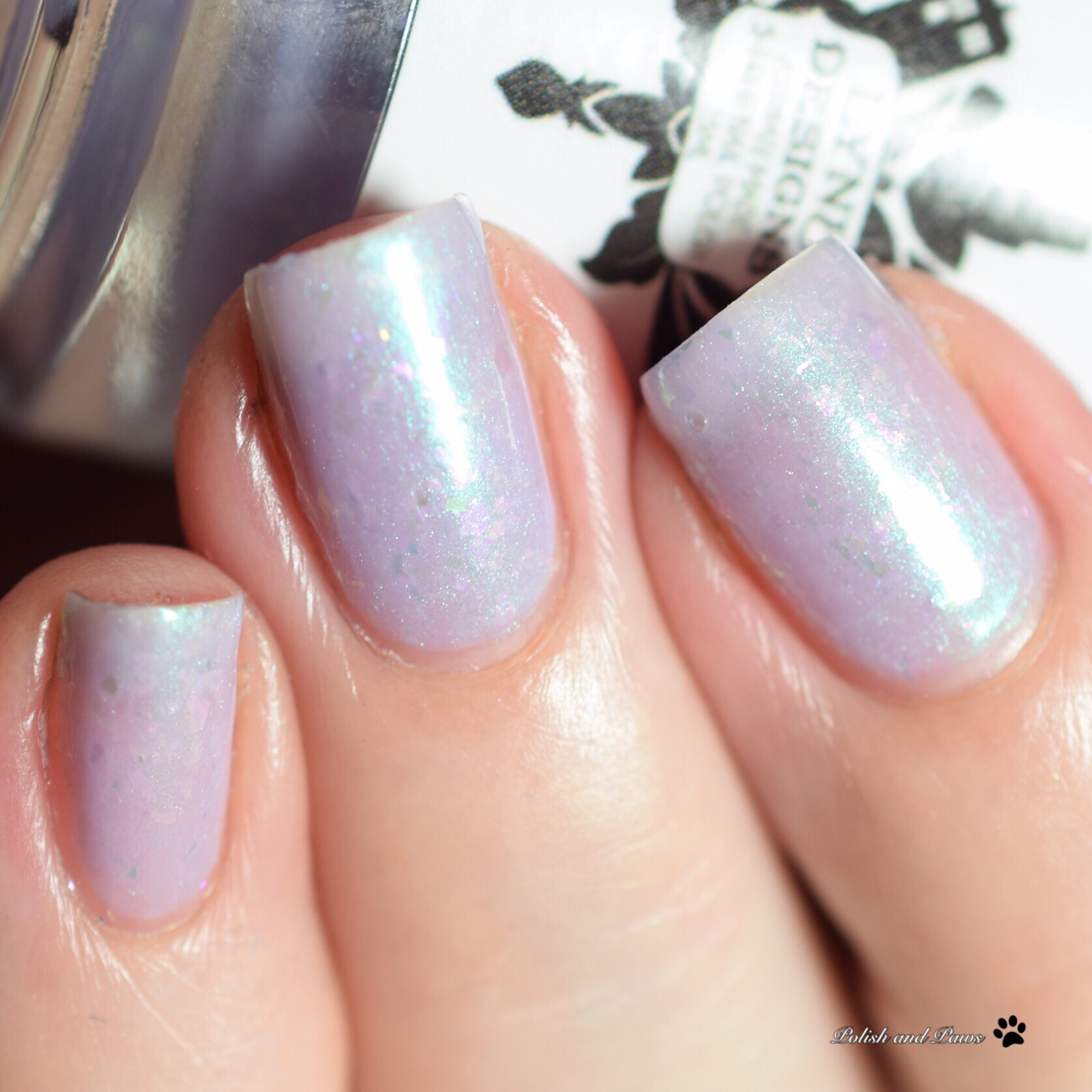 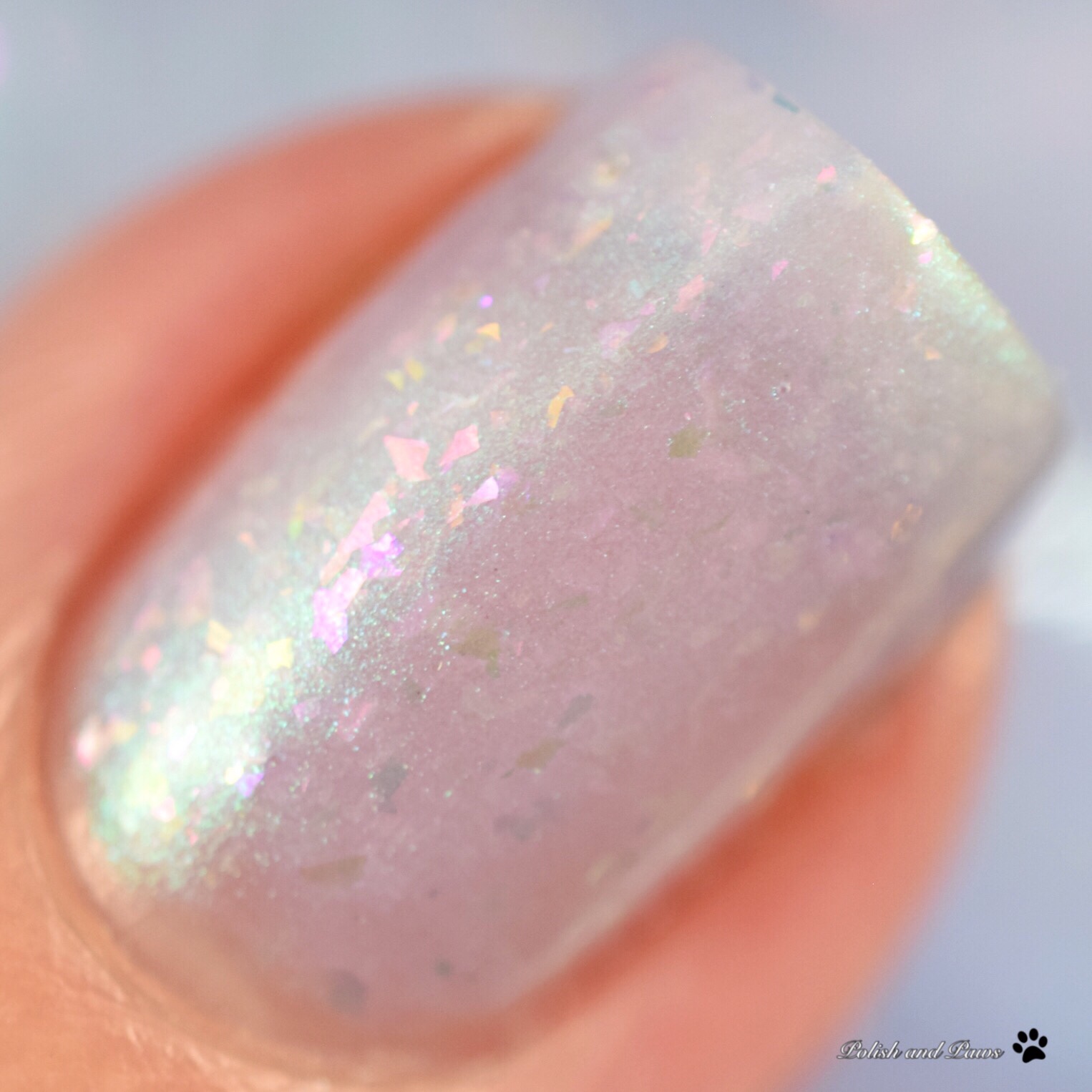 The Precious is described as a creamy orange crelly base loaded with orange to pink to gold shifting flakies and green iridescent flakies. I really like that this is a soft creamy orange, you could easily wear it for fall and summer. Some VNL at 3 coats but not enough to bother me. Sealed with glossy top coat. 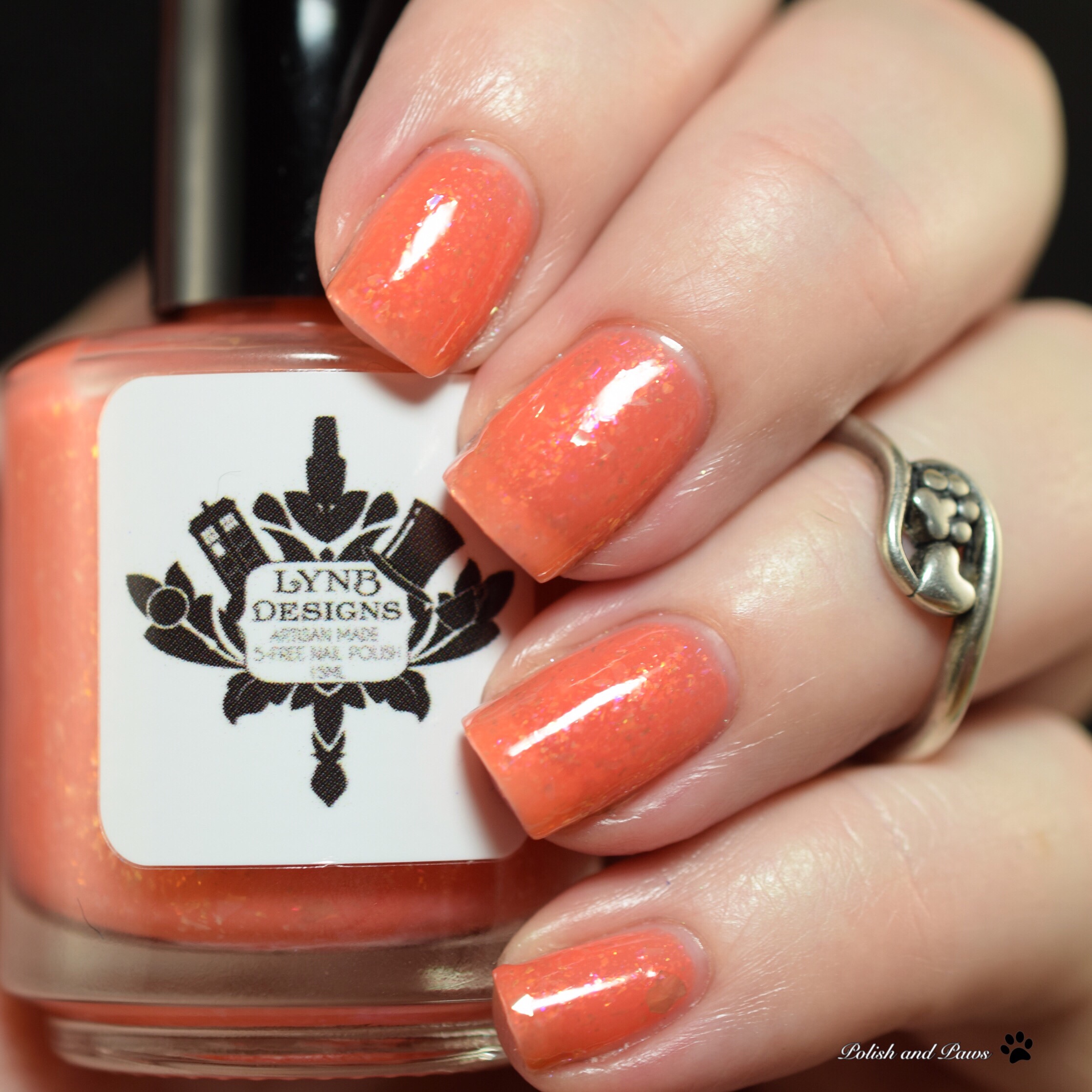 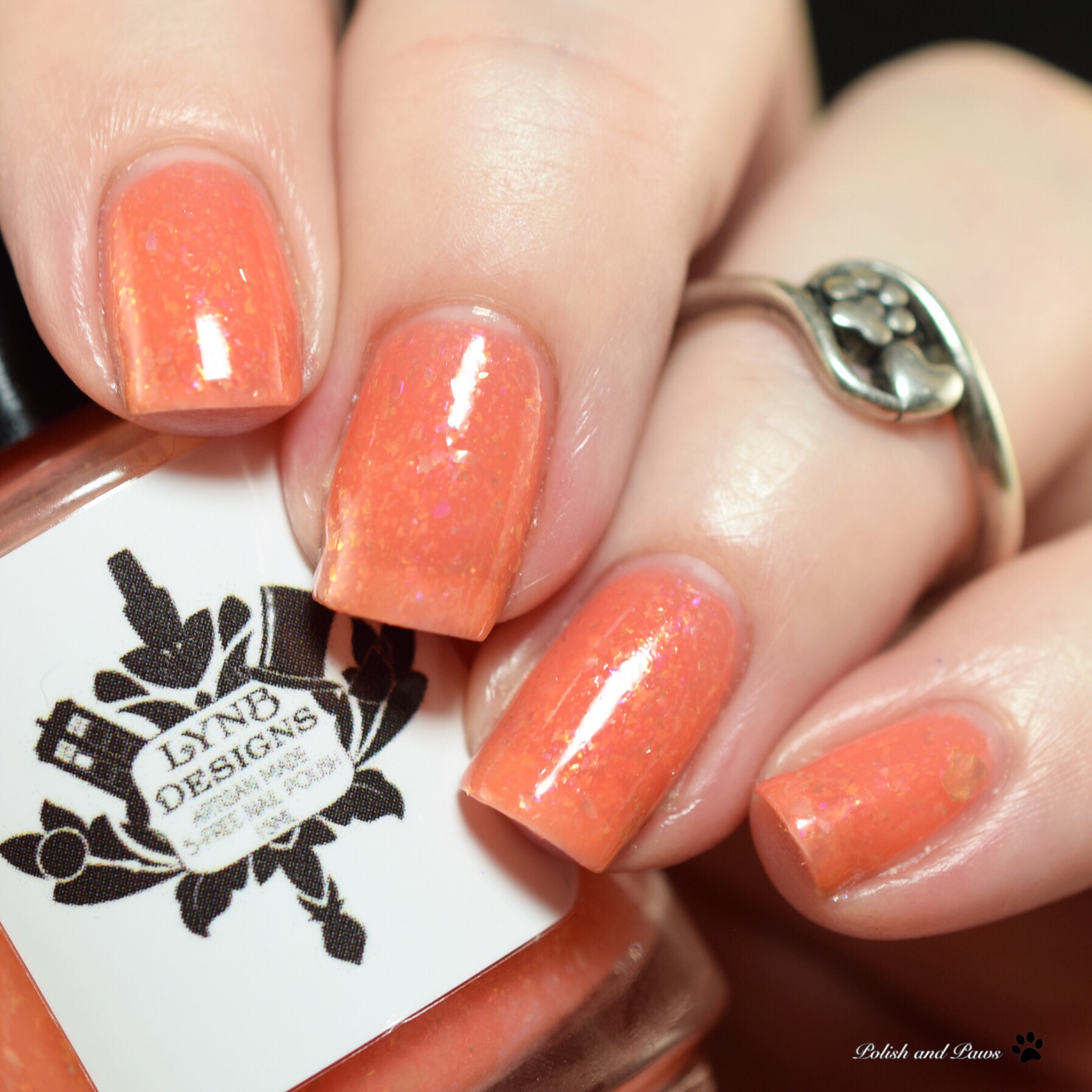 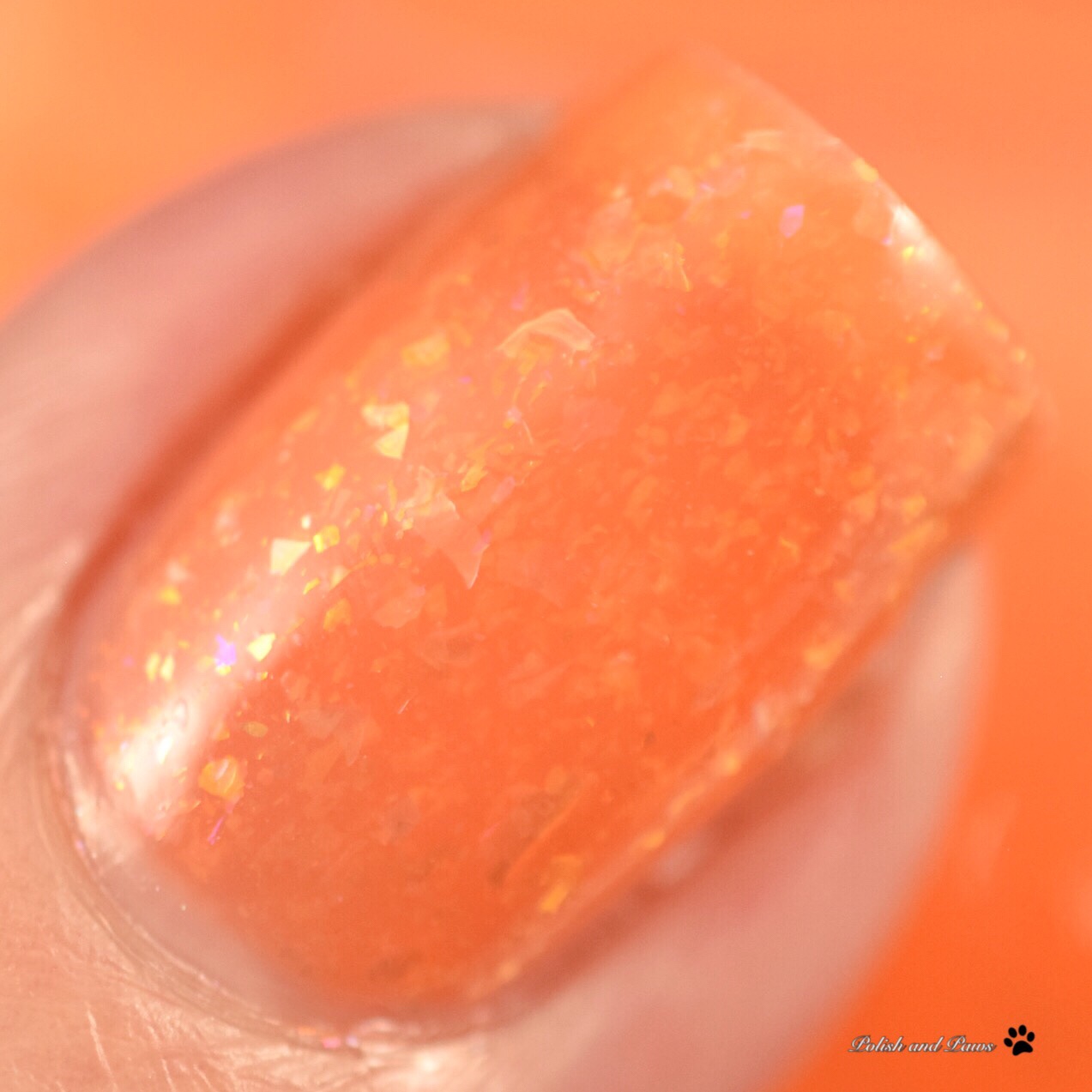 Watermelon Tourma-Lini is described as a medium green base loaded with pink to purple to gold shifting shimmer, pink iridescent flakies, and light pink galaxy holo glitters. No formula issues. It applied easily and each layer dried quickly. I used 3 thin coats with glossy top coat. 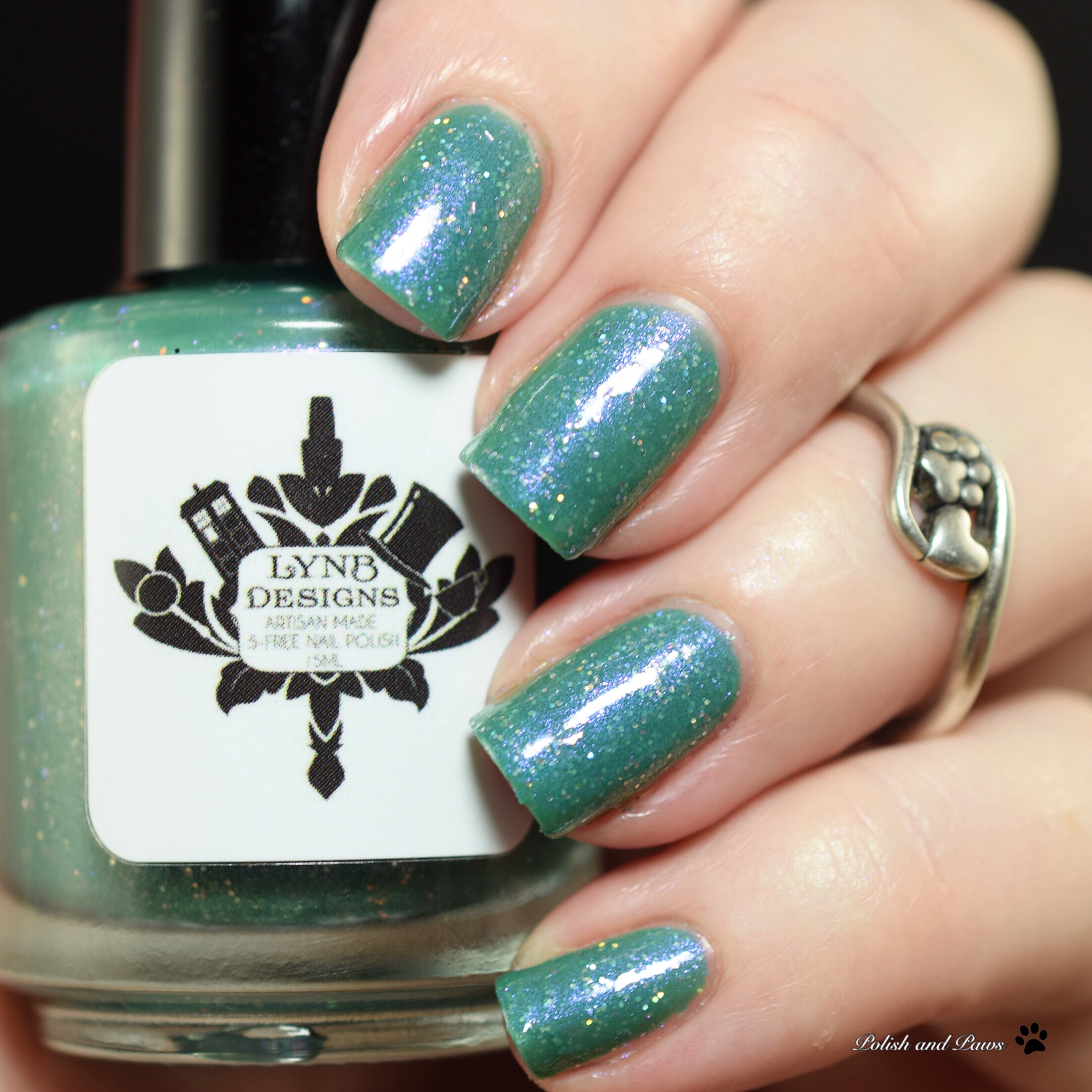 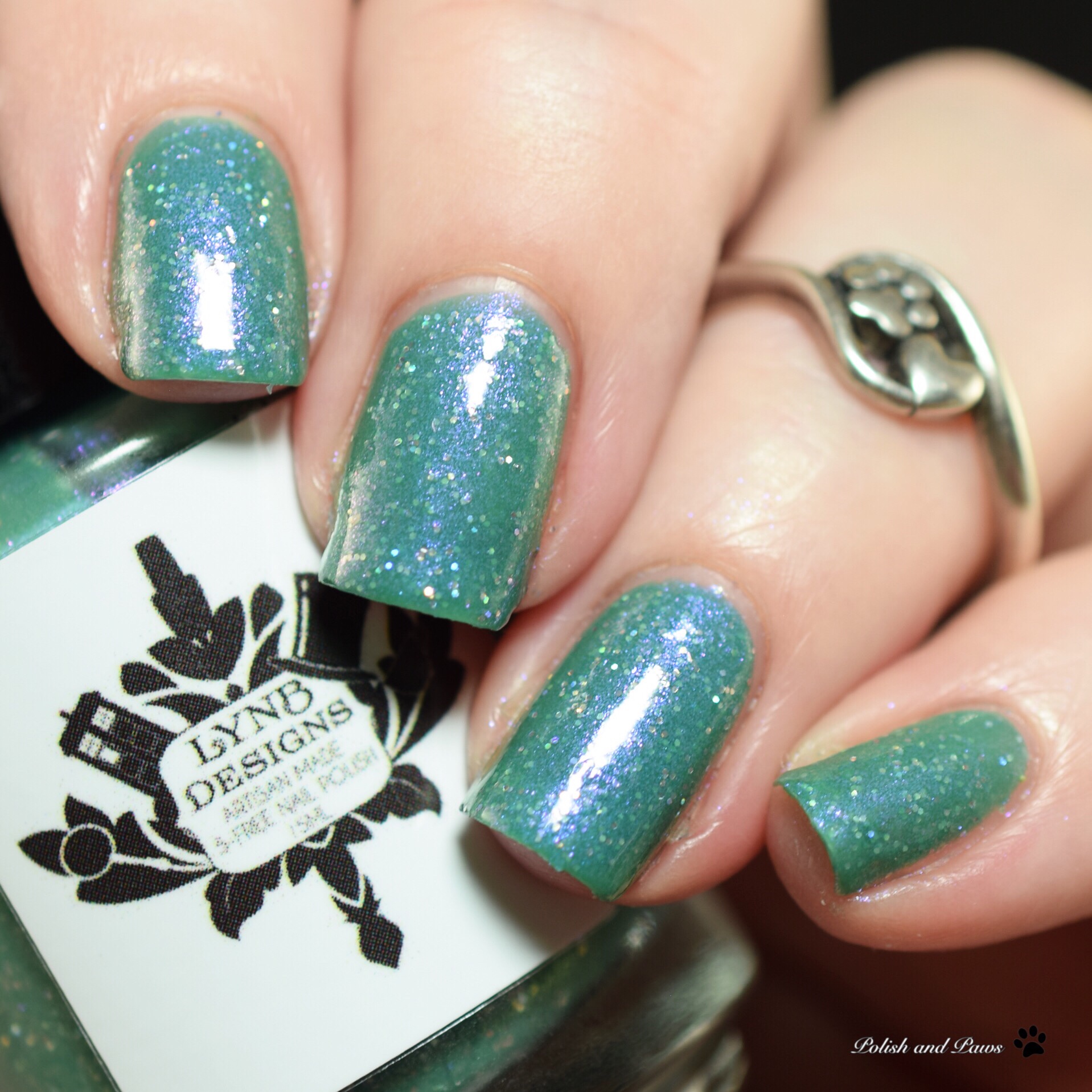 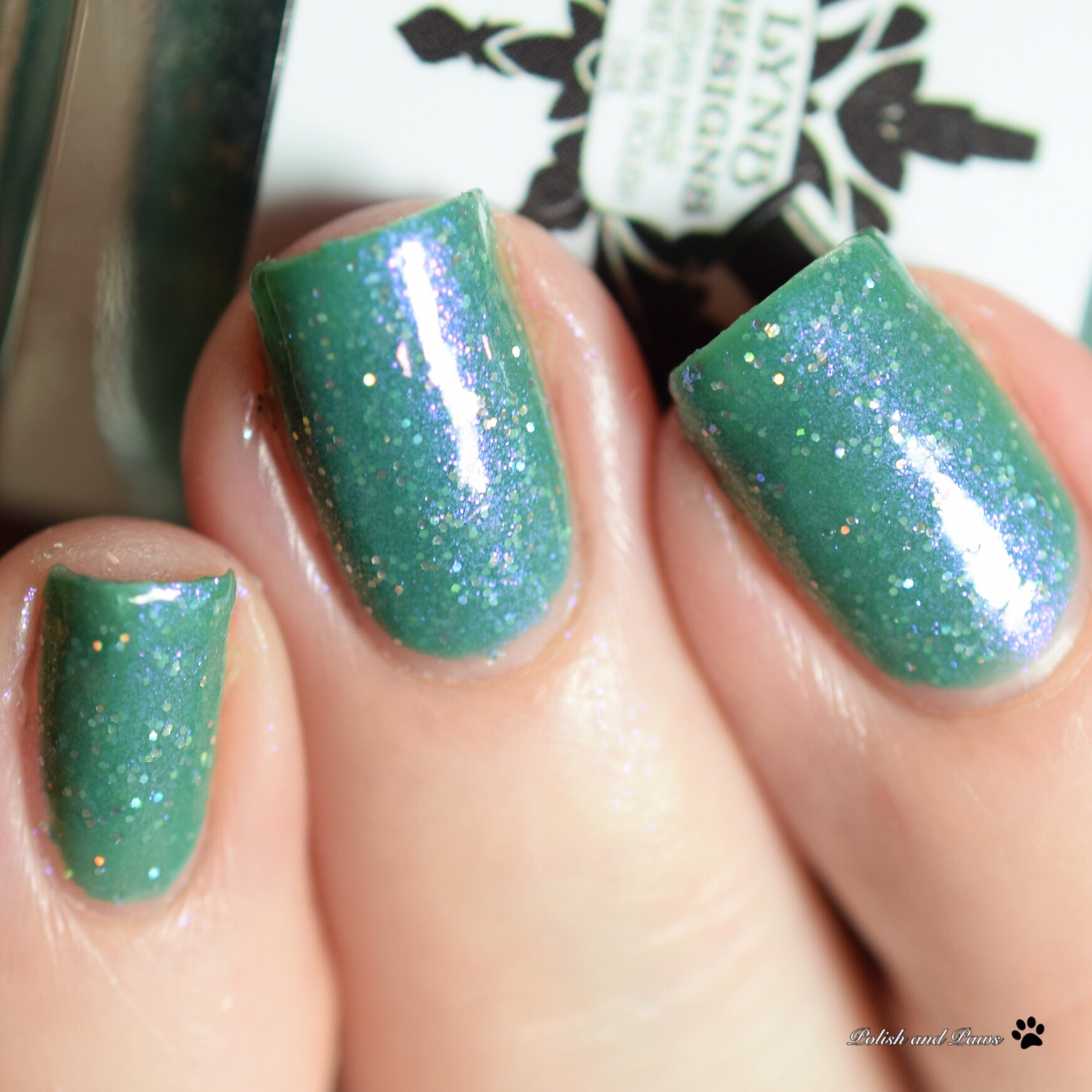 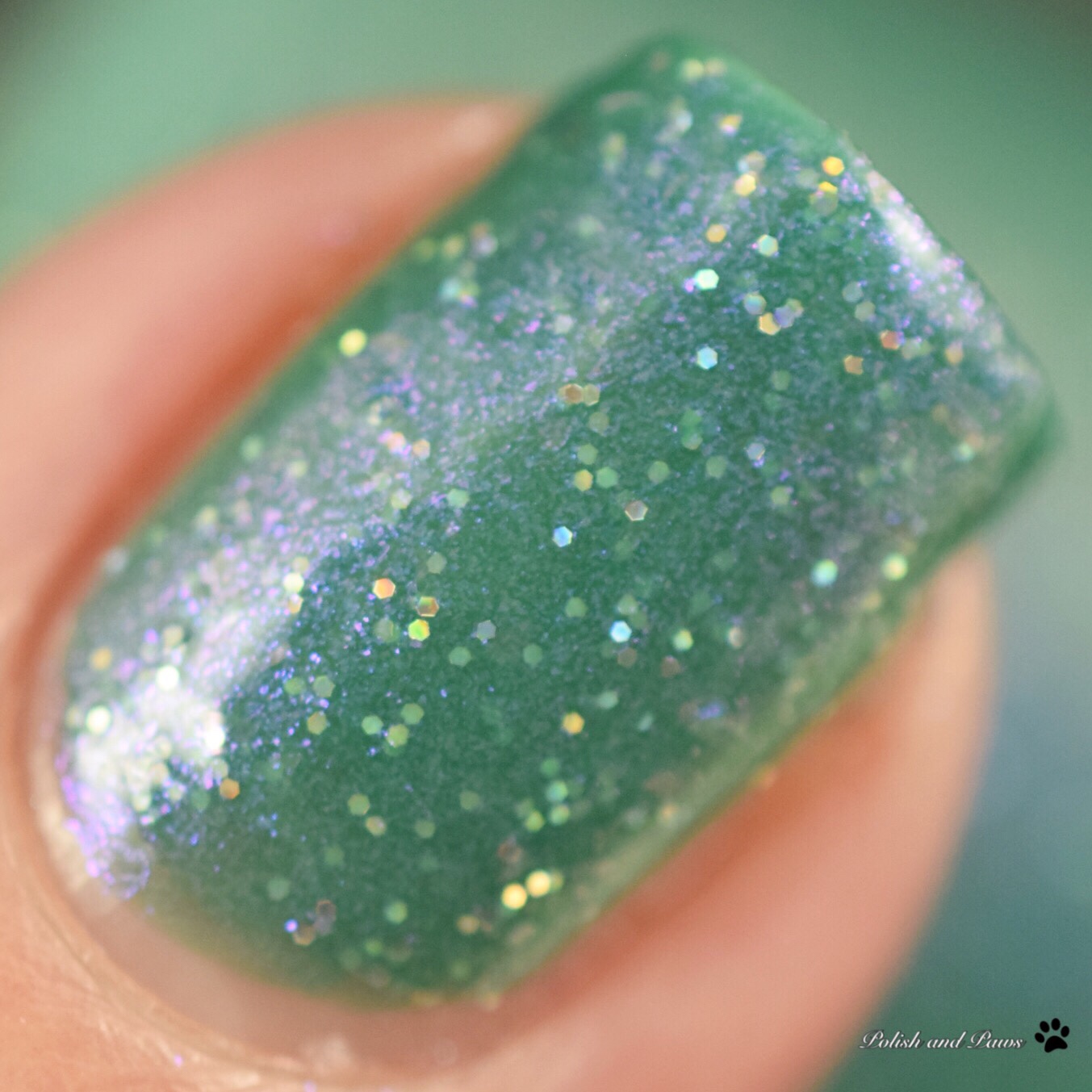 Do you have a favorite from these? Being an October baby I honestly have to love them all, but my top two are The Precious, and Water Tourma-lini.

The October POTM Quad will be available beginning Friday, September 28th at 12 Noon EST. They will retail for $10 each. You can get 50% off your purchase with the code OCTOBER.