Skip to content
So I’m dealing with a headache tonight and still trying to get posts done so I’m going to keep the chit chat to a minimum. But as luck would have it you are here for the polish which I do have. Today I have a Halloween Quad from Leesha’s Lacquer to show you. She is also releasing a new OOAK (One of a Kind) for the month so check it out at the end of this post, only limited quantities available. Let’s get to the polish… 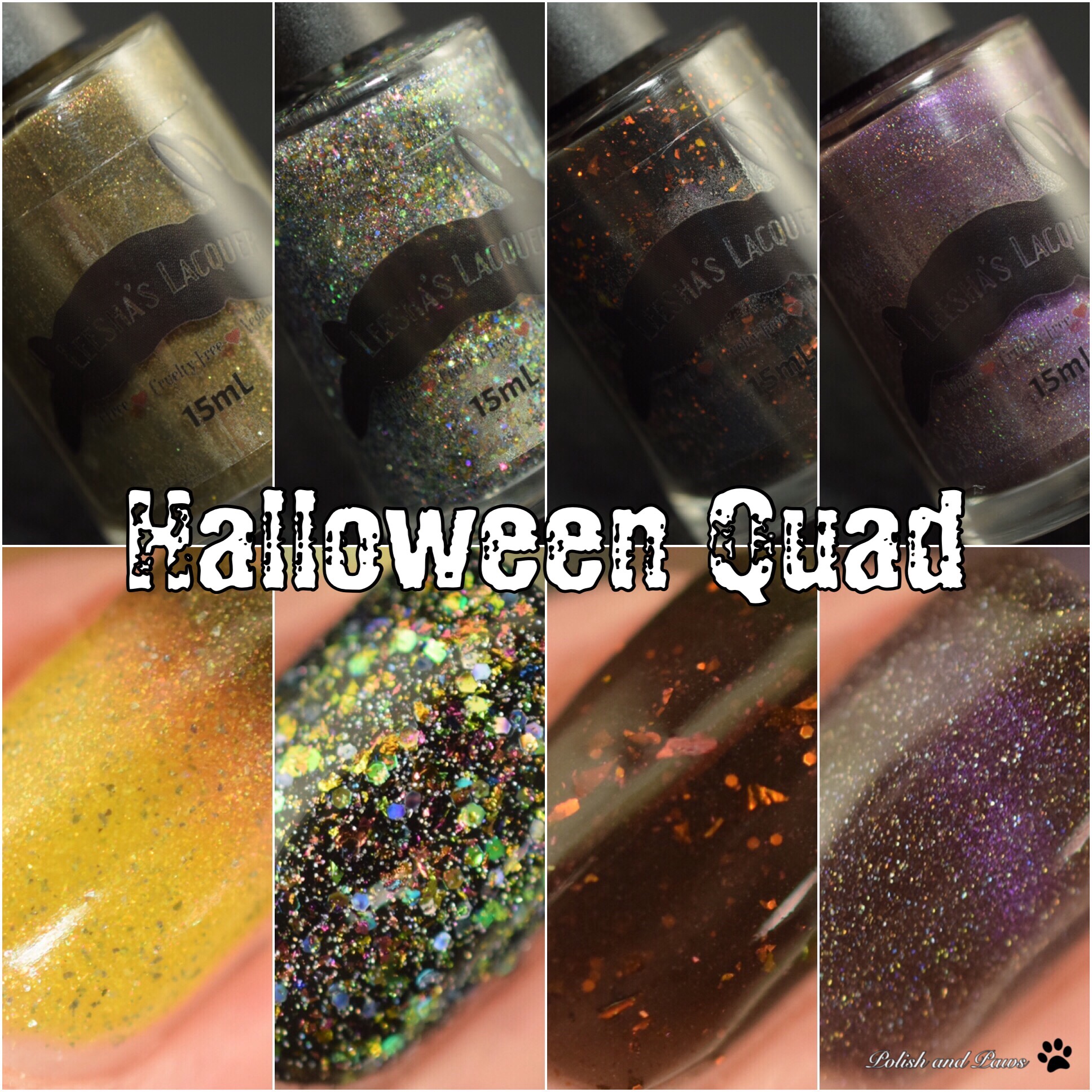 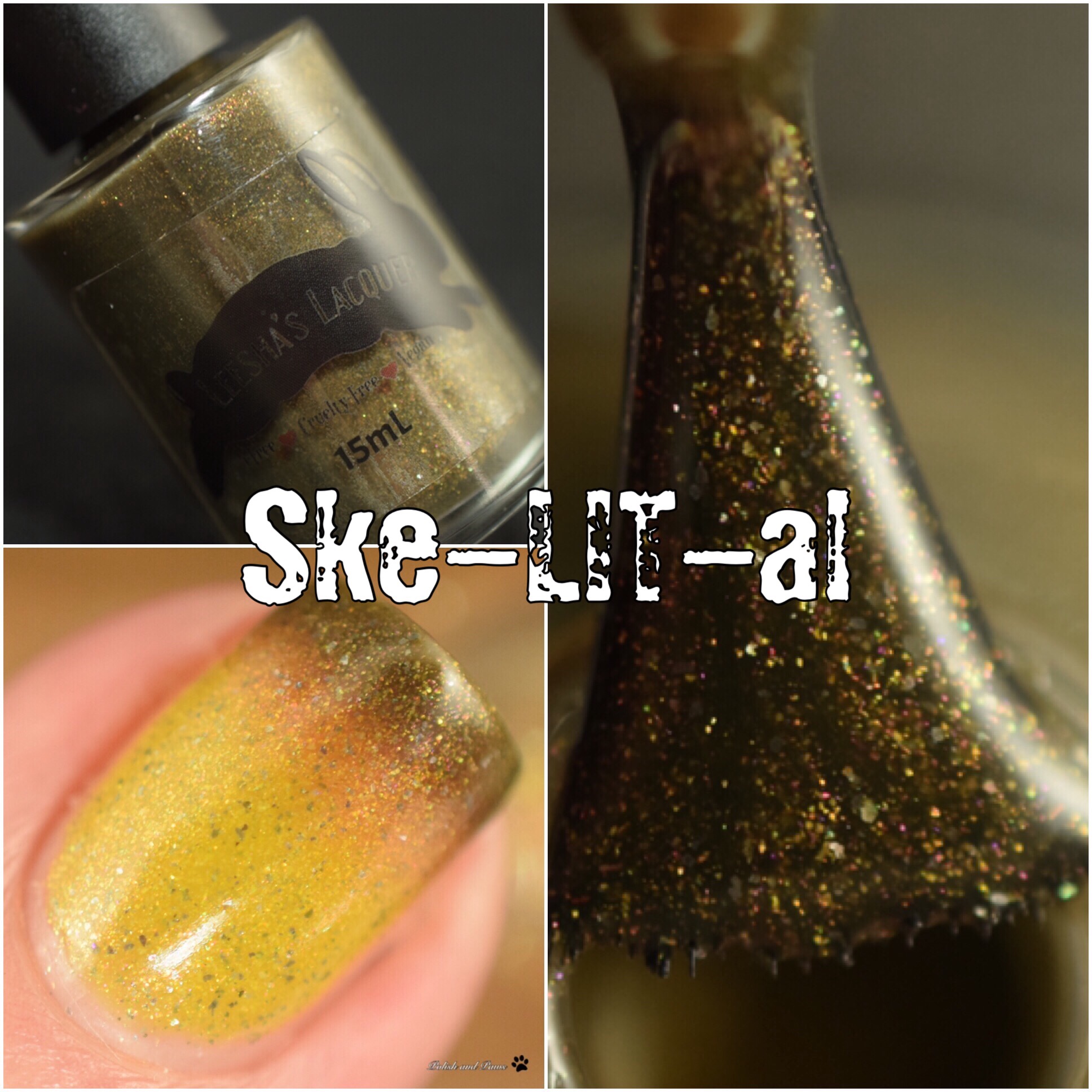 Ske-LIT-al is described as a black based tri-thermal that shifts from black to orange to yellow. It also has black, yellow and orange mini flakies. If you haven’t tried a tri-thermal yet now would be a good time. They are 1/3 more fun than a regular thermal! (Hope I did that math right LOL) For my swatches I used 3 thin coats sealed with glossy top coat. 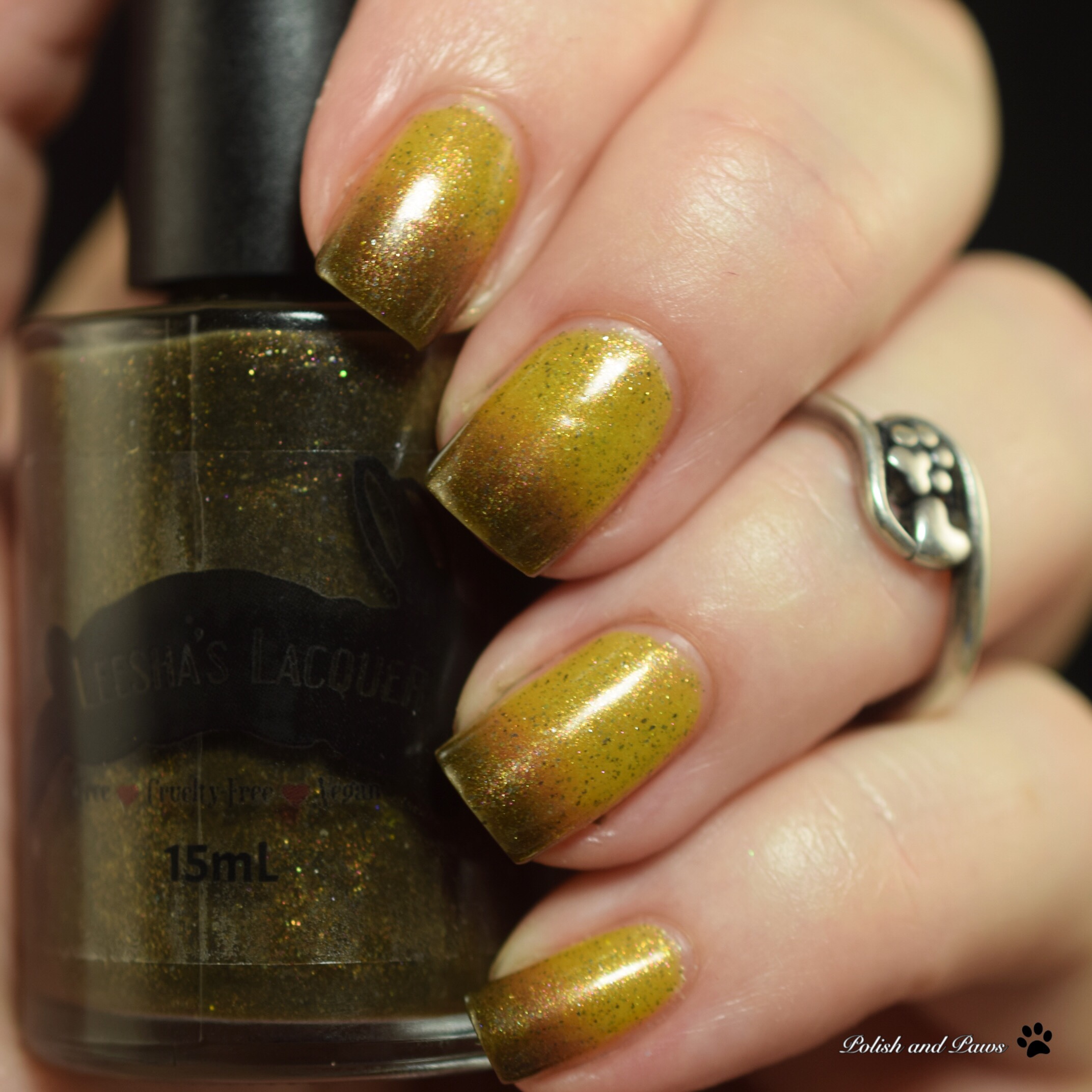 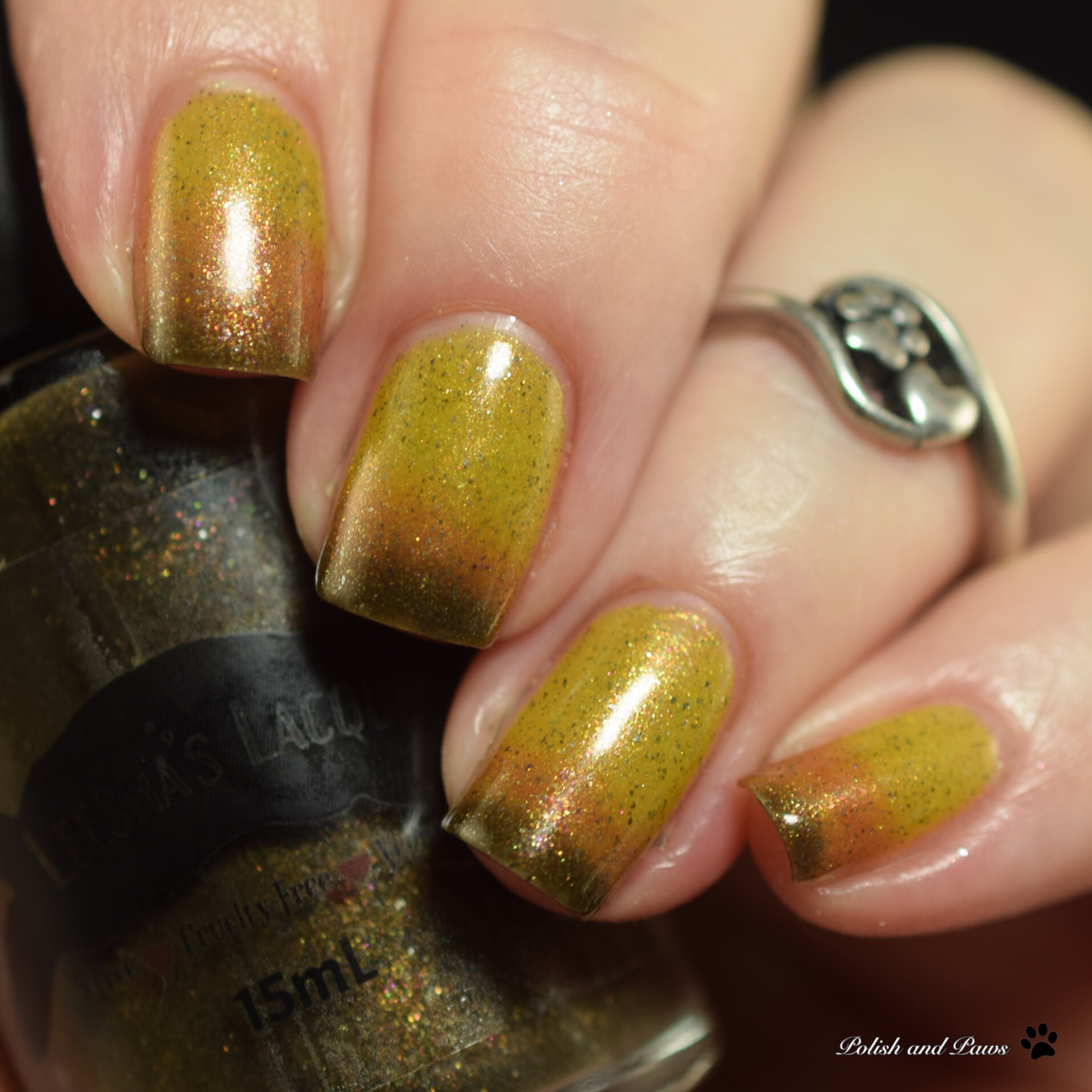 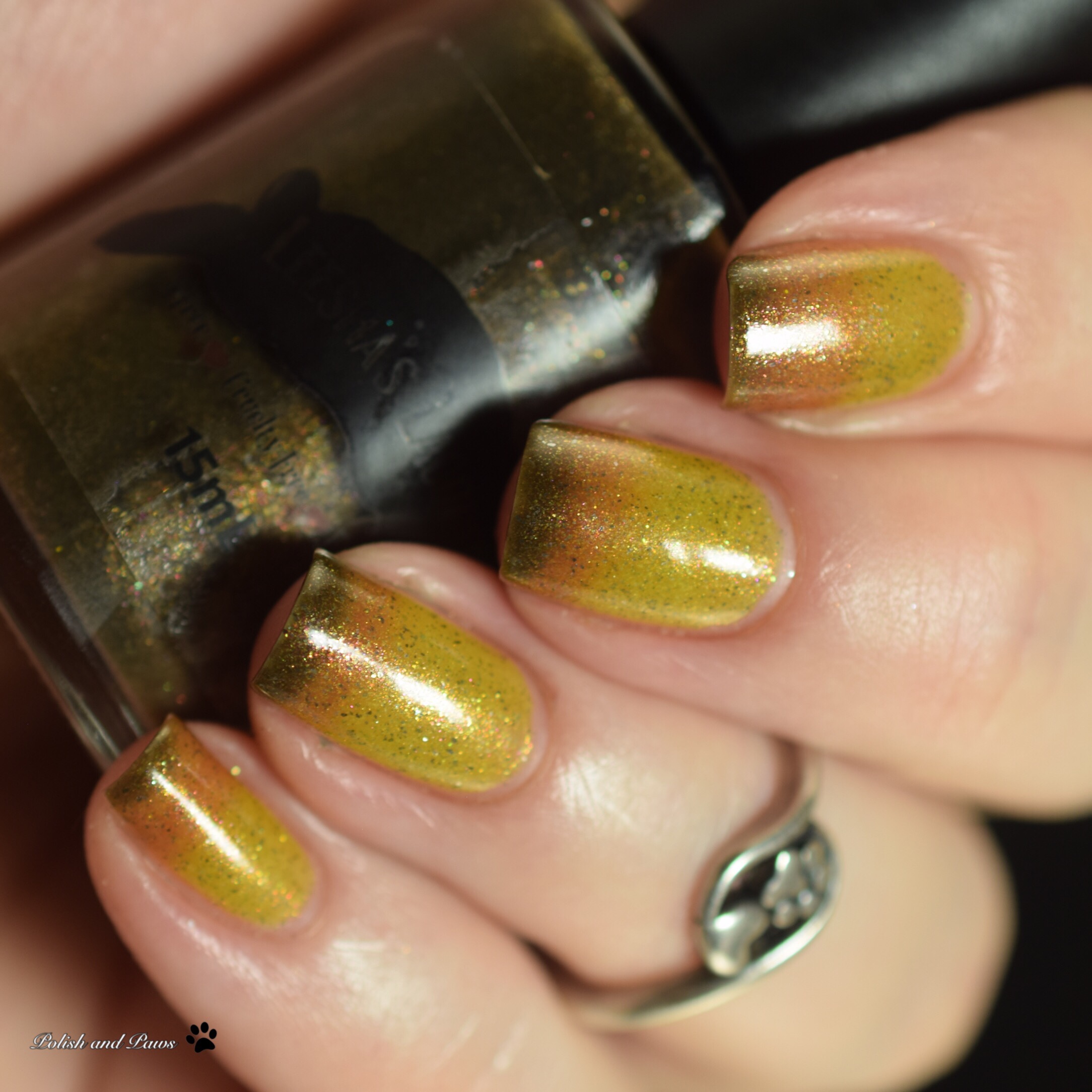 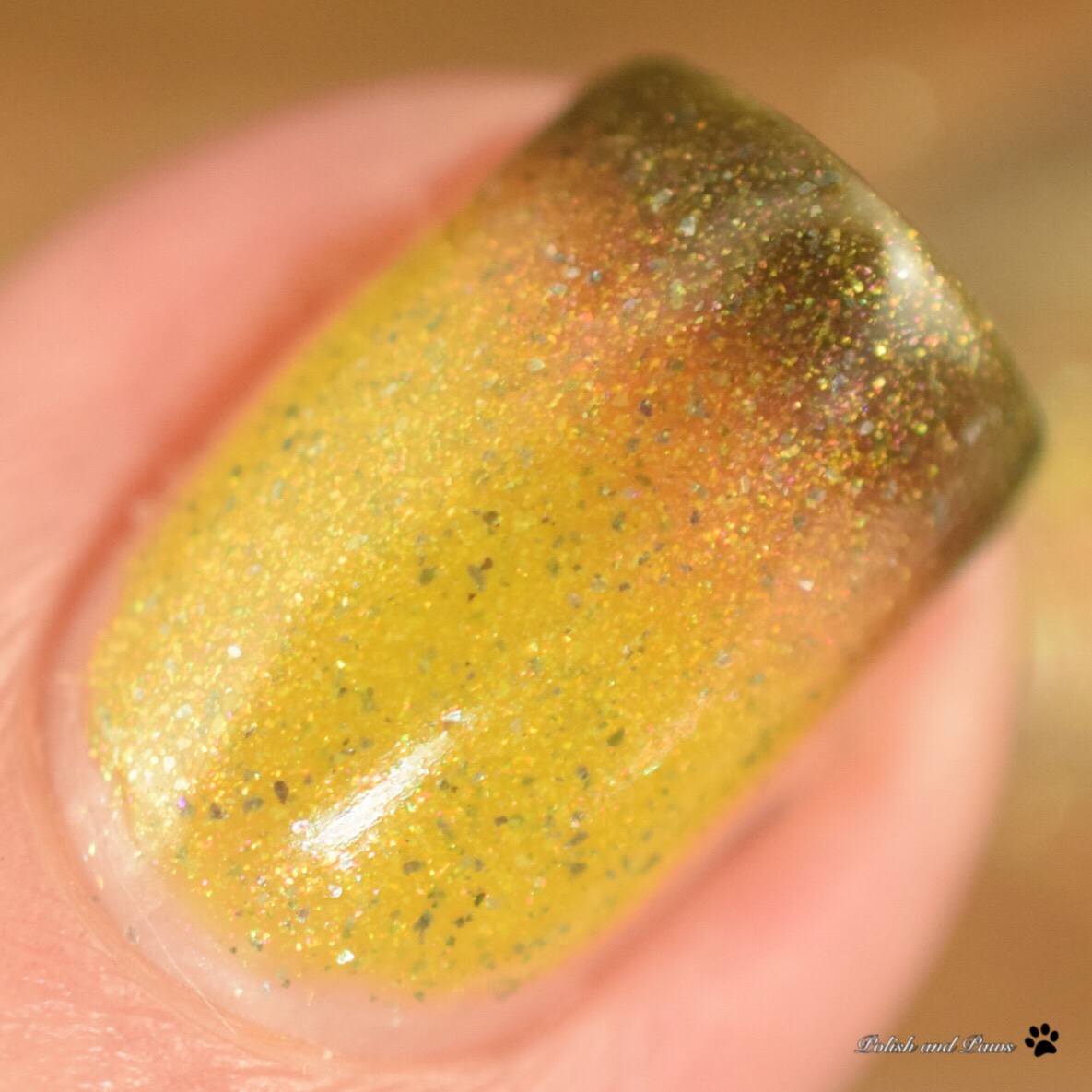 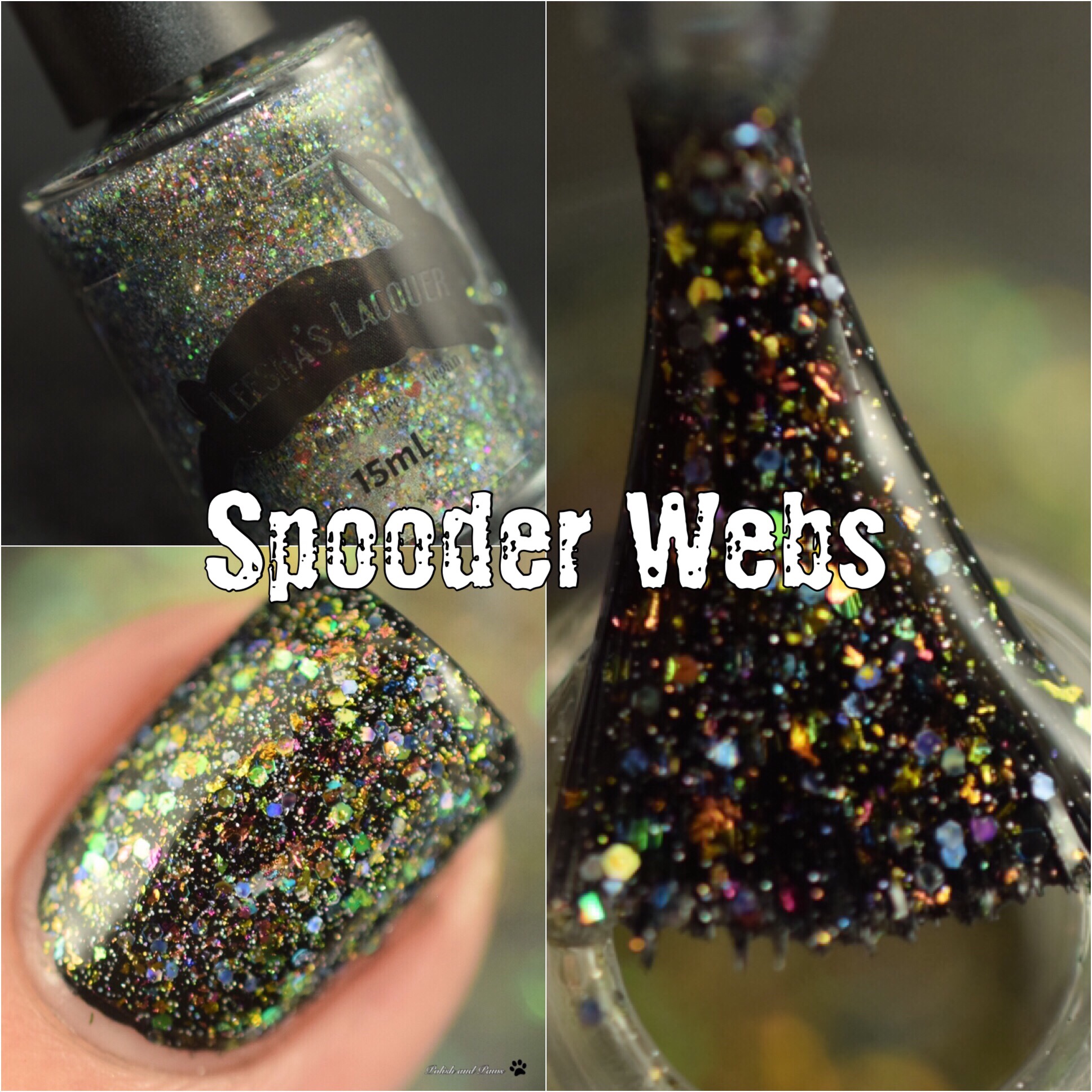 Spooder Webs is described as a flakie top coat that has green/red flakies, black holo glitter and iridescent glitters all in a clear base. I forgot how awesome flakie toppers can be. I got greedy and used 2 coats over a black base. Sealed with glossy top coat. Shown below with matte top coat… cause flakies. 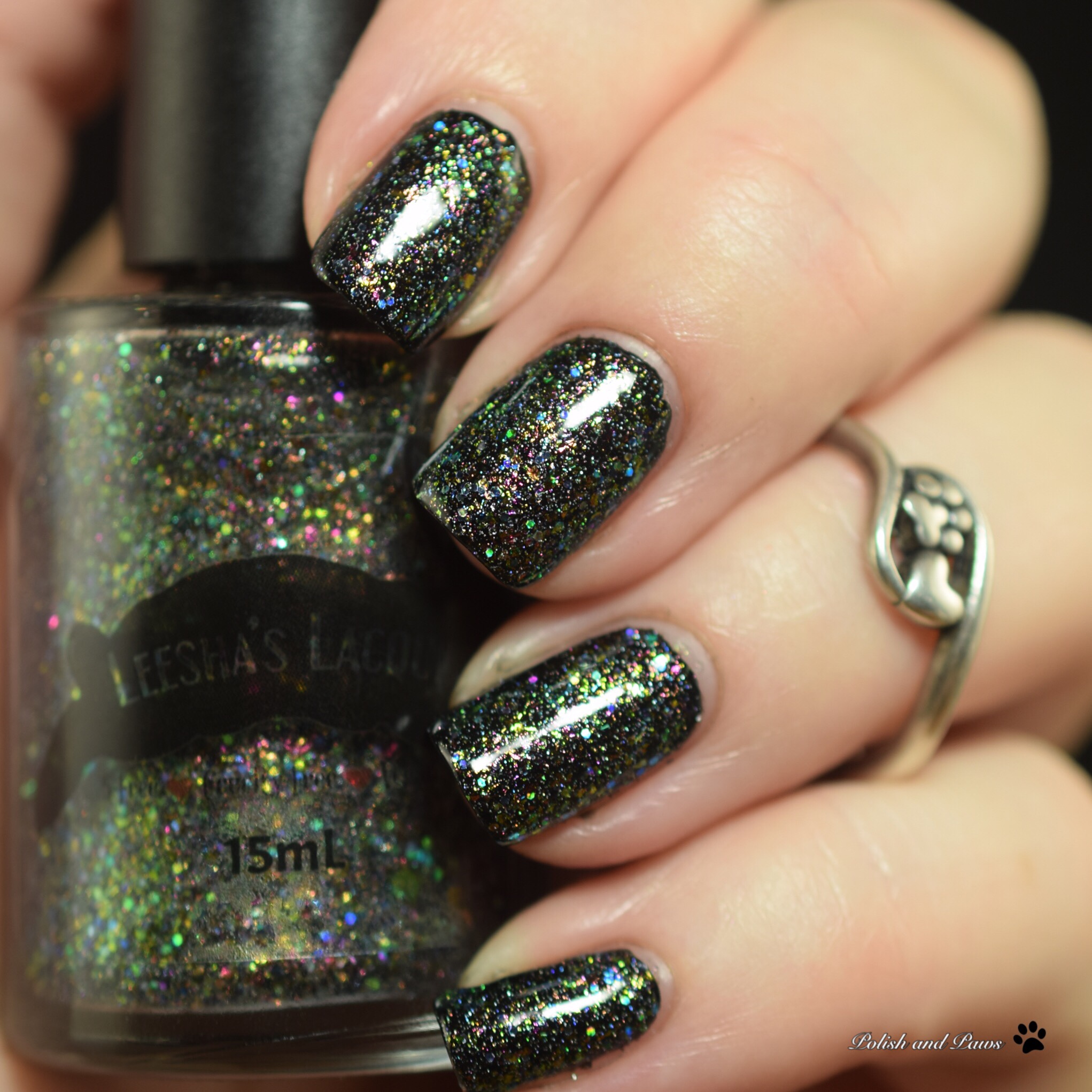 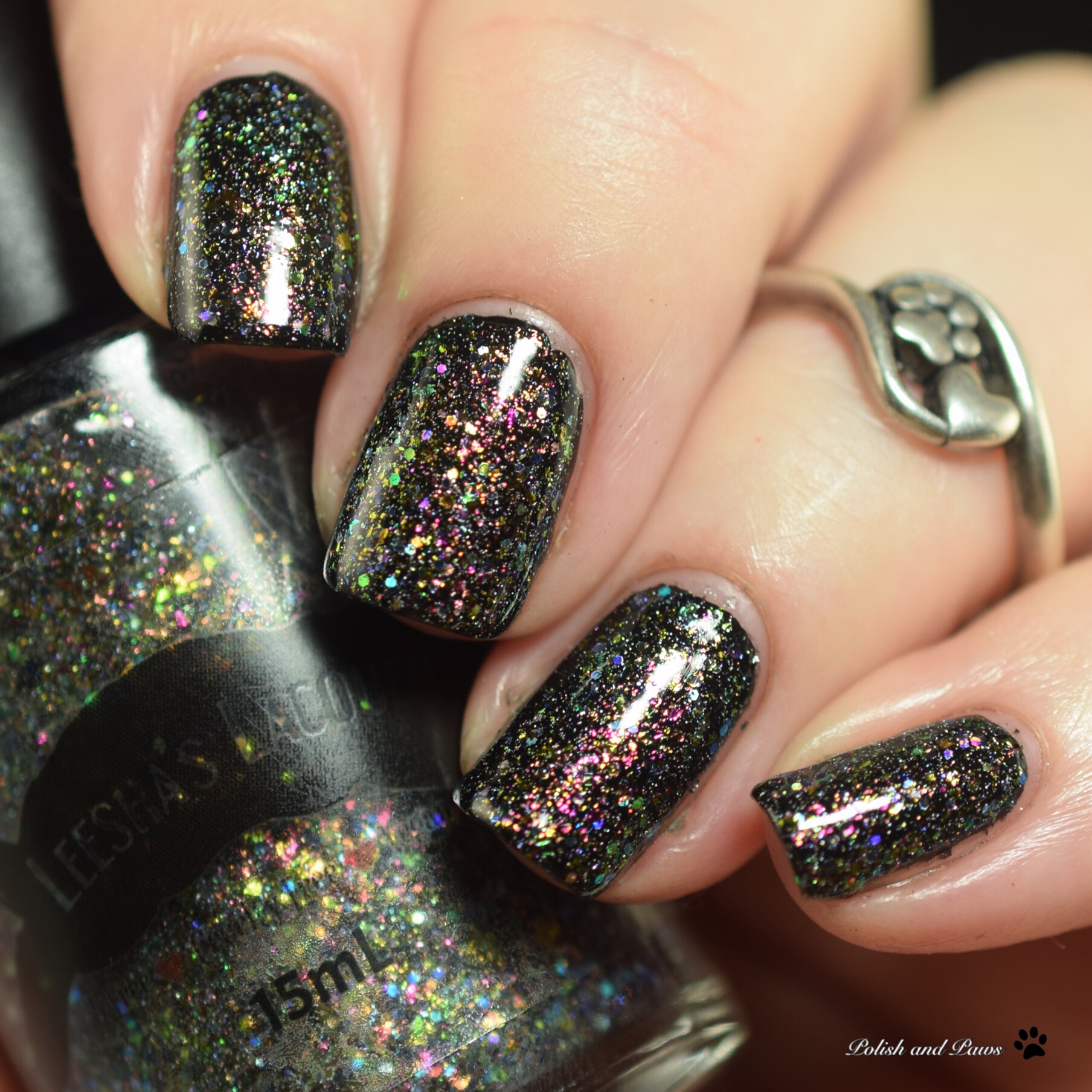 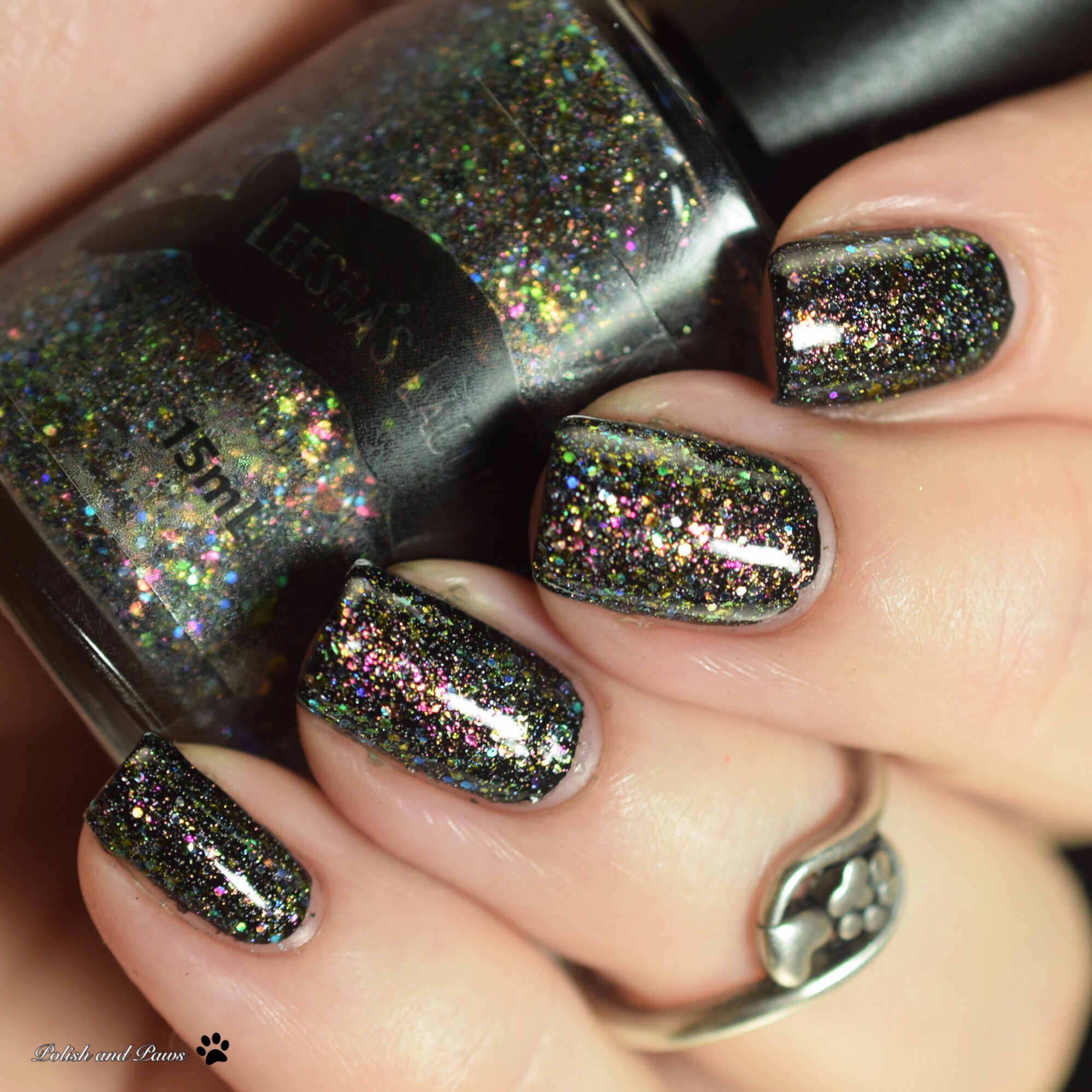 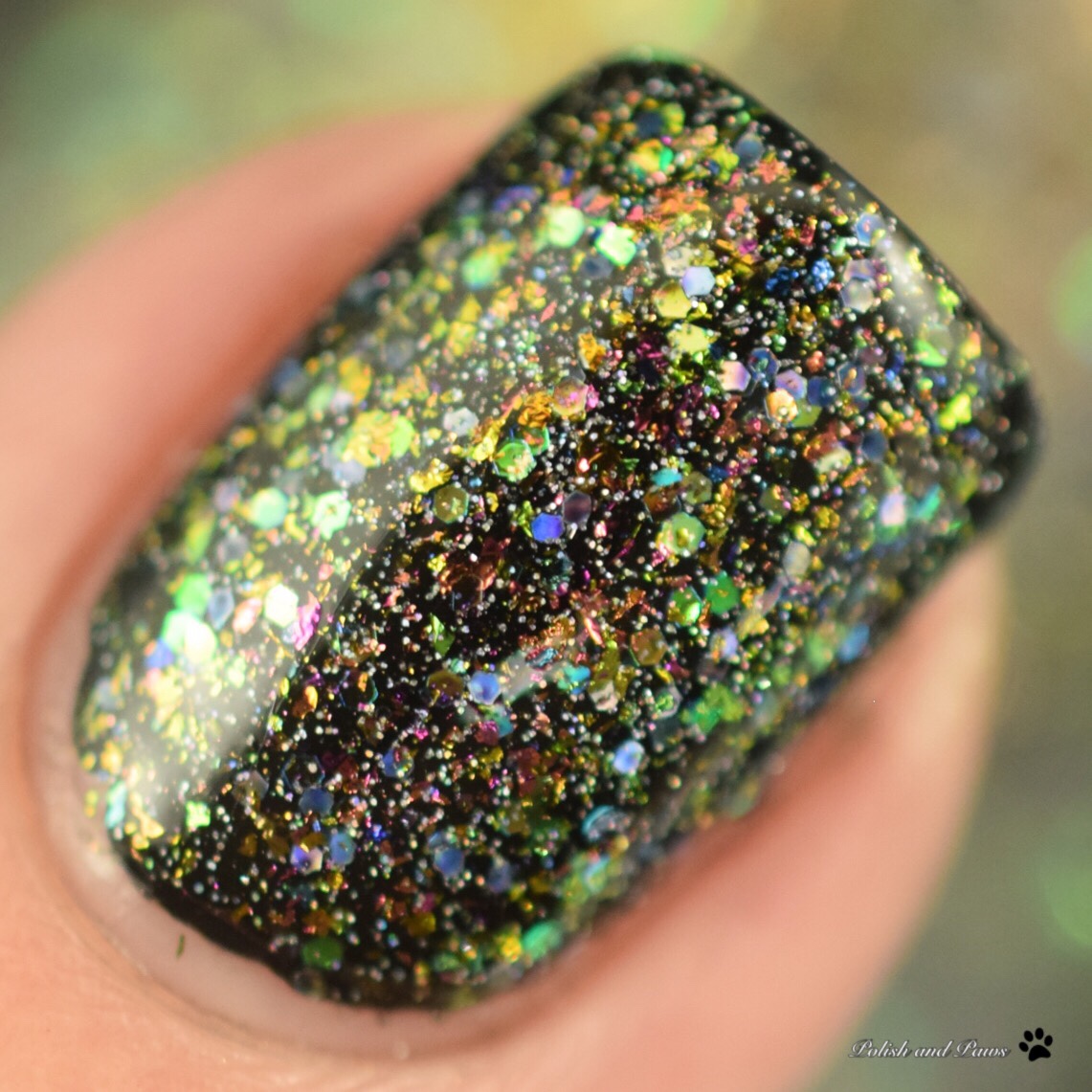 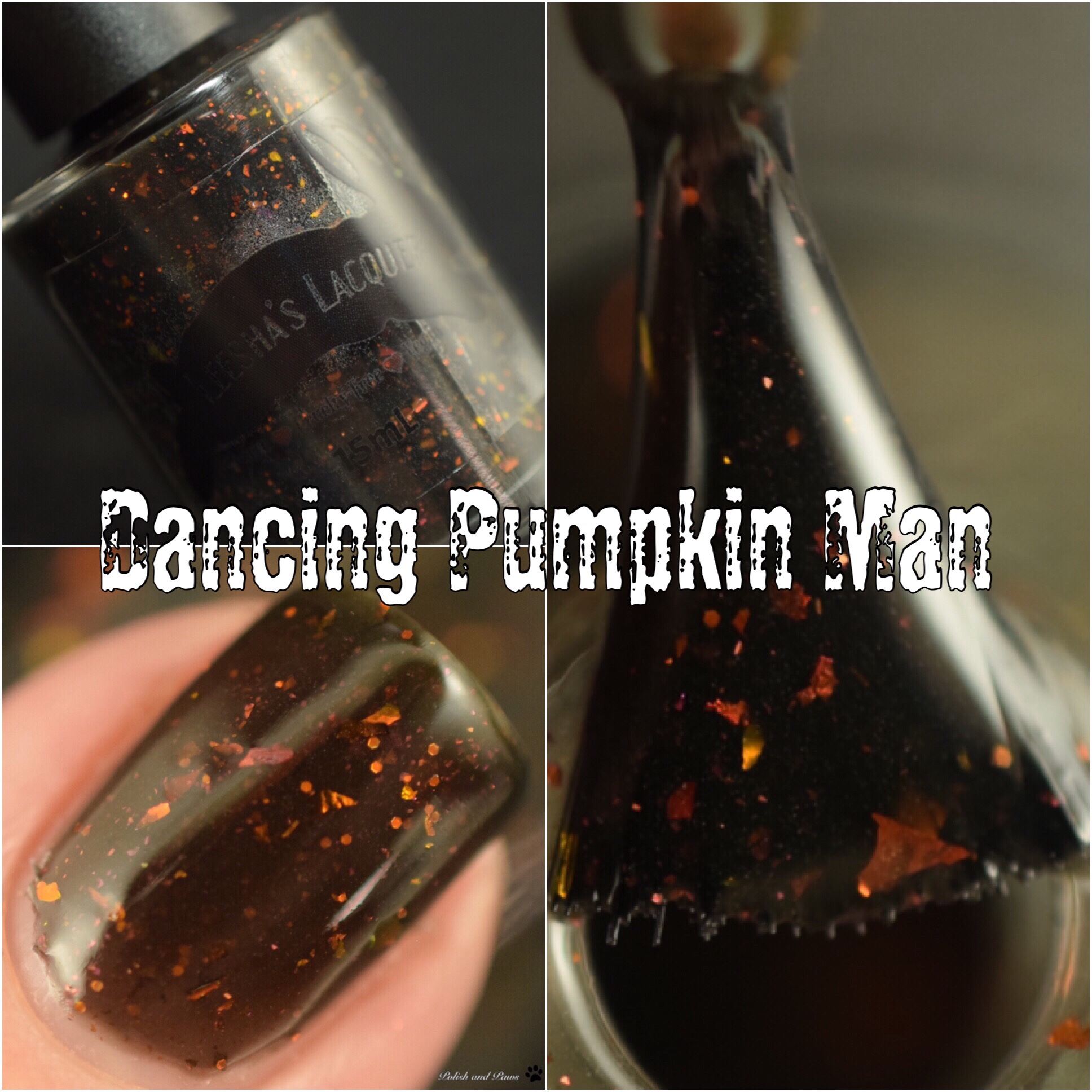 Dancing Pumpkin Man is described as a black based jelly with orange/bronze/yellow flakies AND it glows in the dark! I love how the flakes pop against the black base, just gorgeous. I have a sub-par GITD shot below. Just the photo is sub-par, NOT the glow! My swatches are 3 easy coats with glossy top coat. 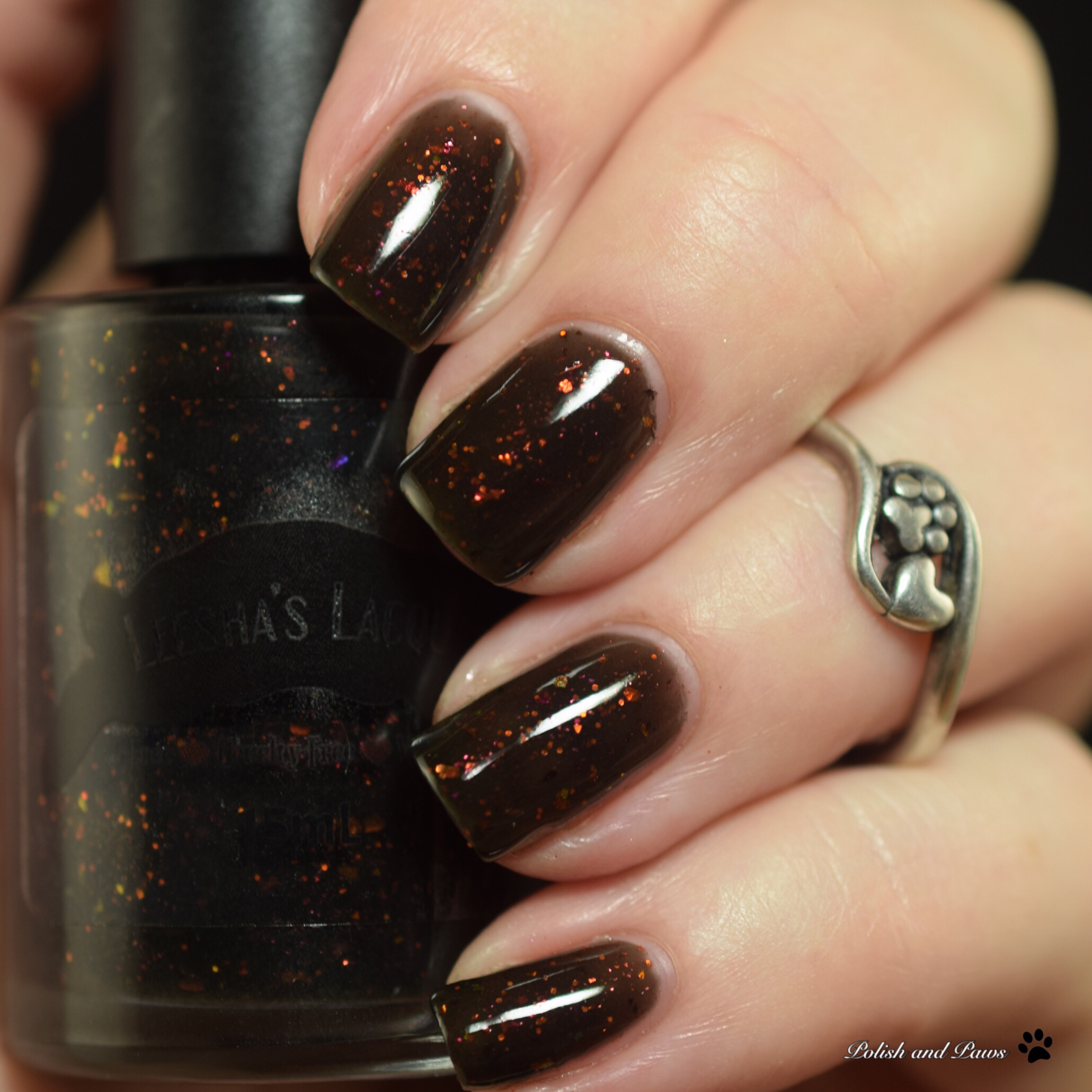 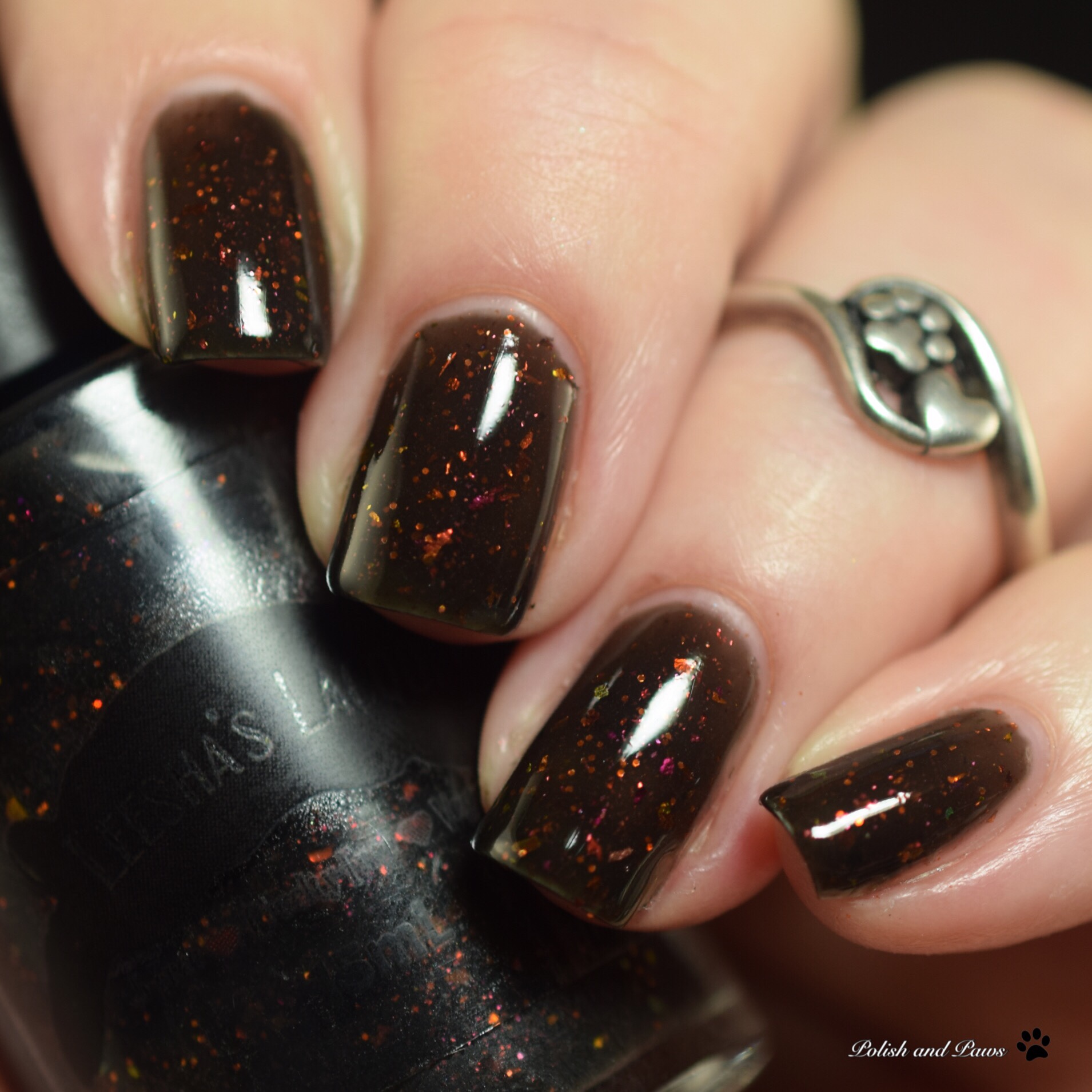 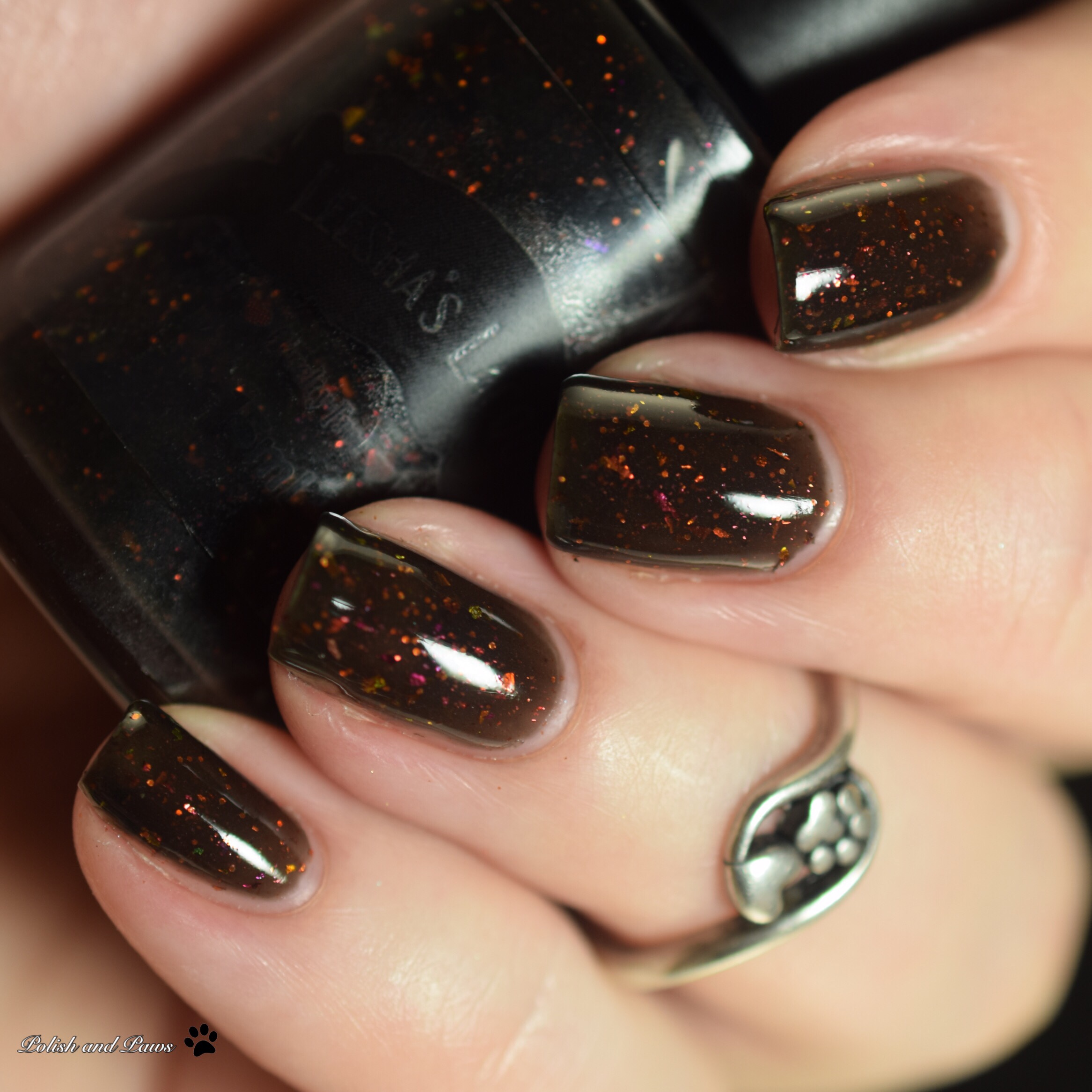 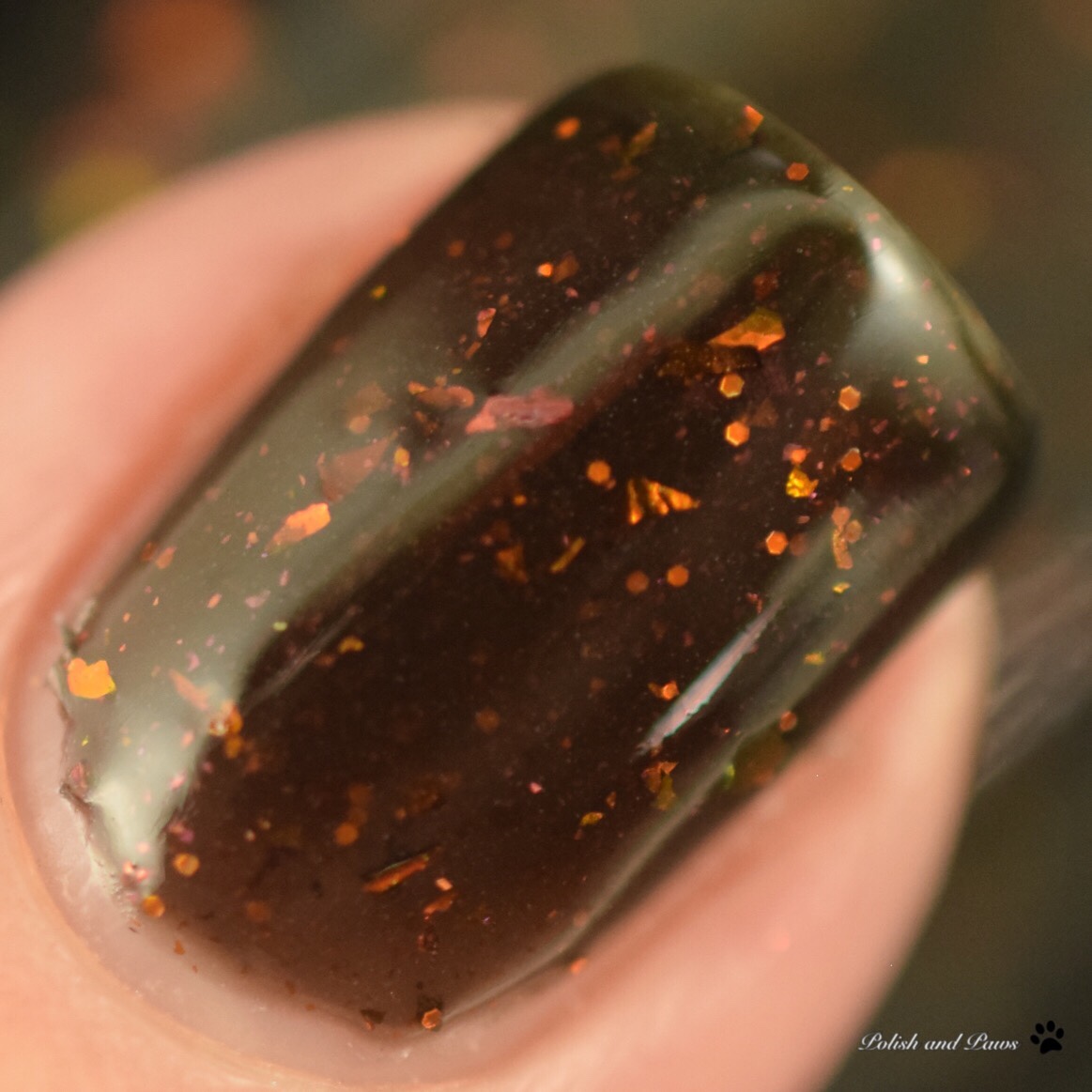 This beauty does glow in the dark too. Unfortunately my iphone camera just refused to focus right. DSLR has me spoiled!


Leesha’s Lacquer I Live Inside Your Face 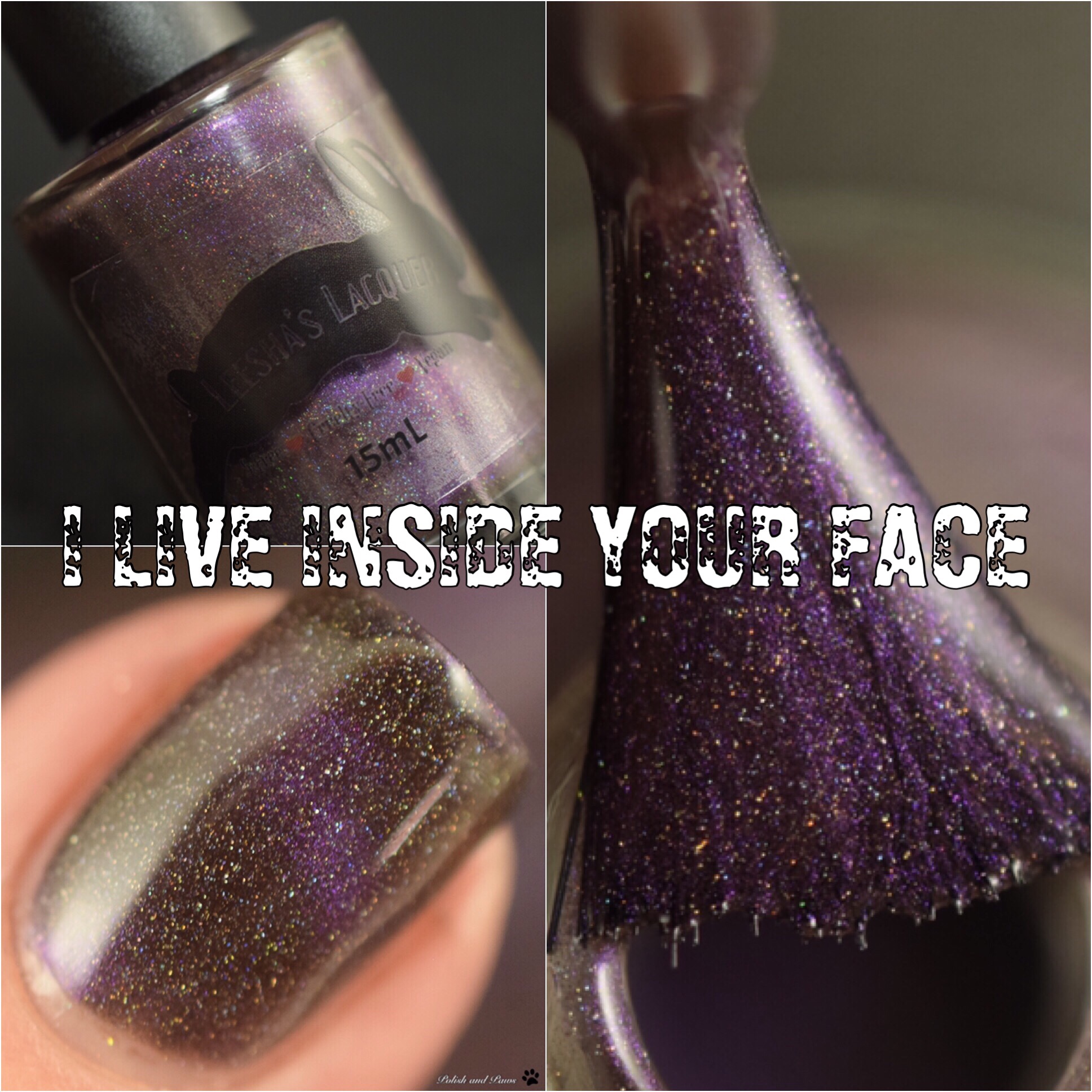 I Live Inside Your Face is described as a purple magnetic polish with a touch of linear holo that has a blackening effect when a magnet is applied. How pretty is this? Applied beautifully and the shift transformed easily with about 20 seconds under the magnet. I applied the magnet to the last coat and again on the top coat. This is 3 thin coats with glossy top coat. 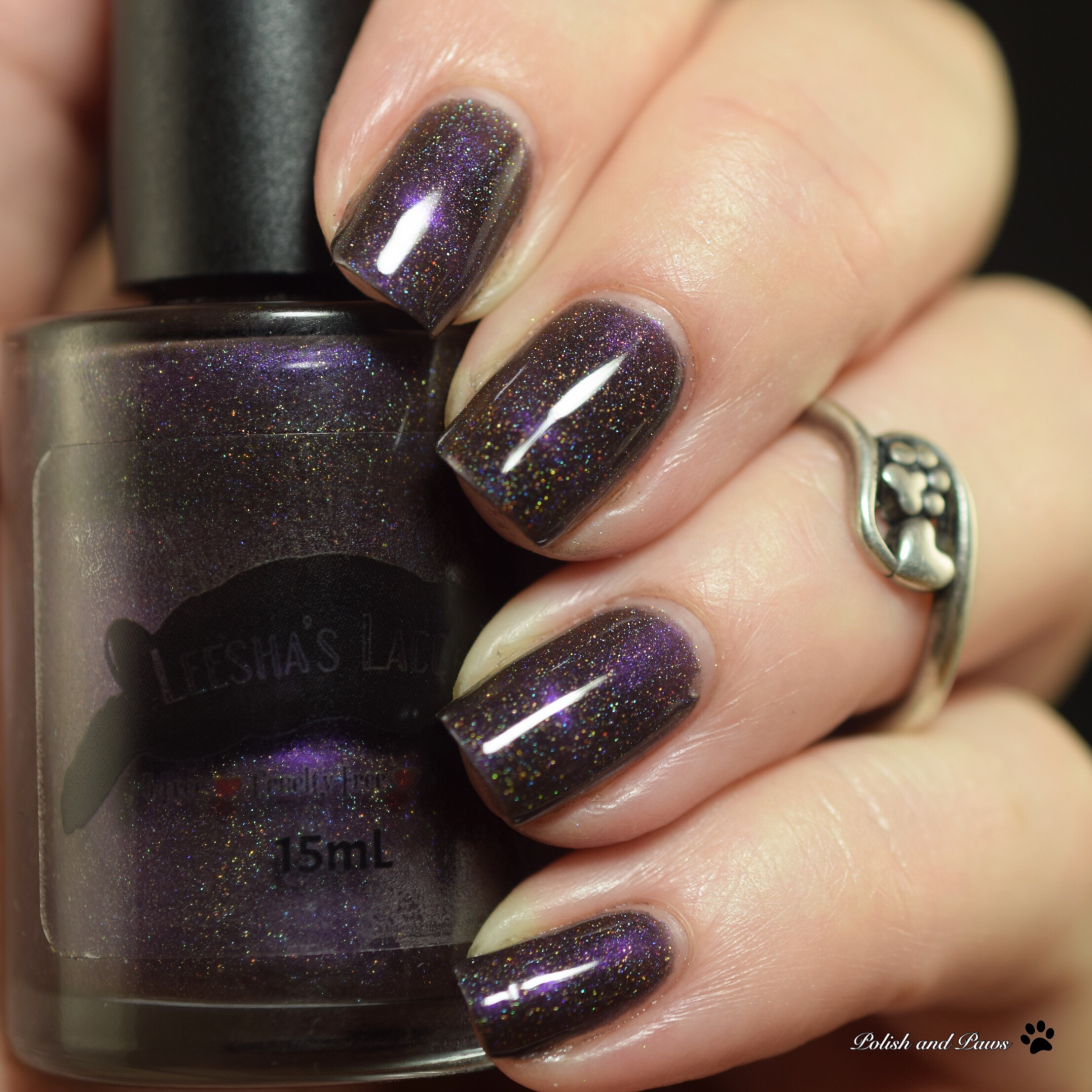 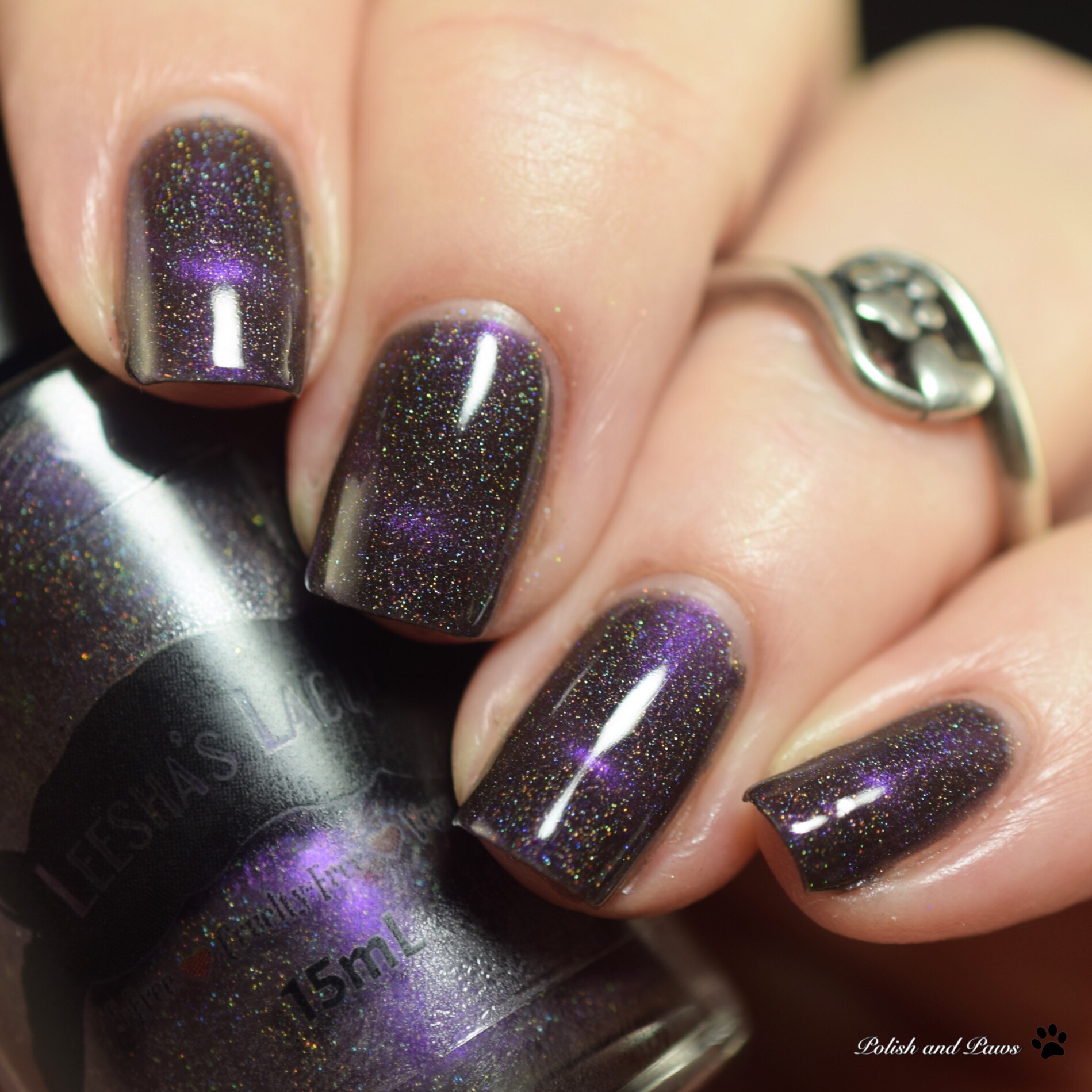 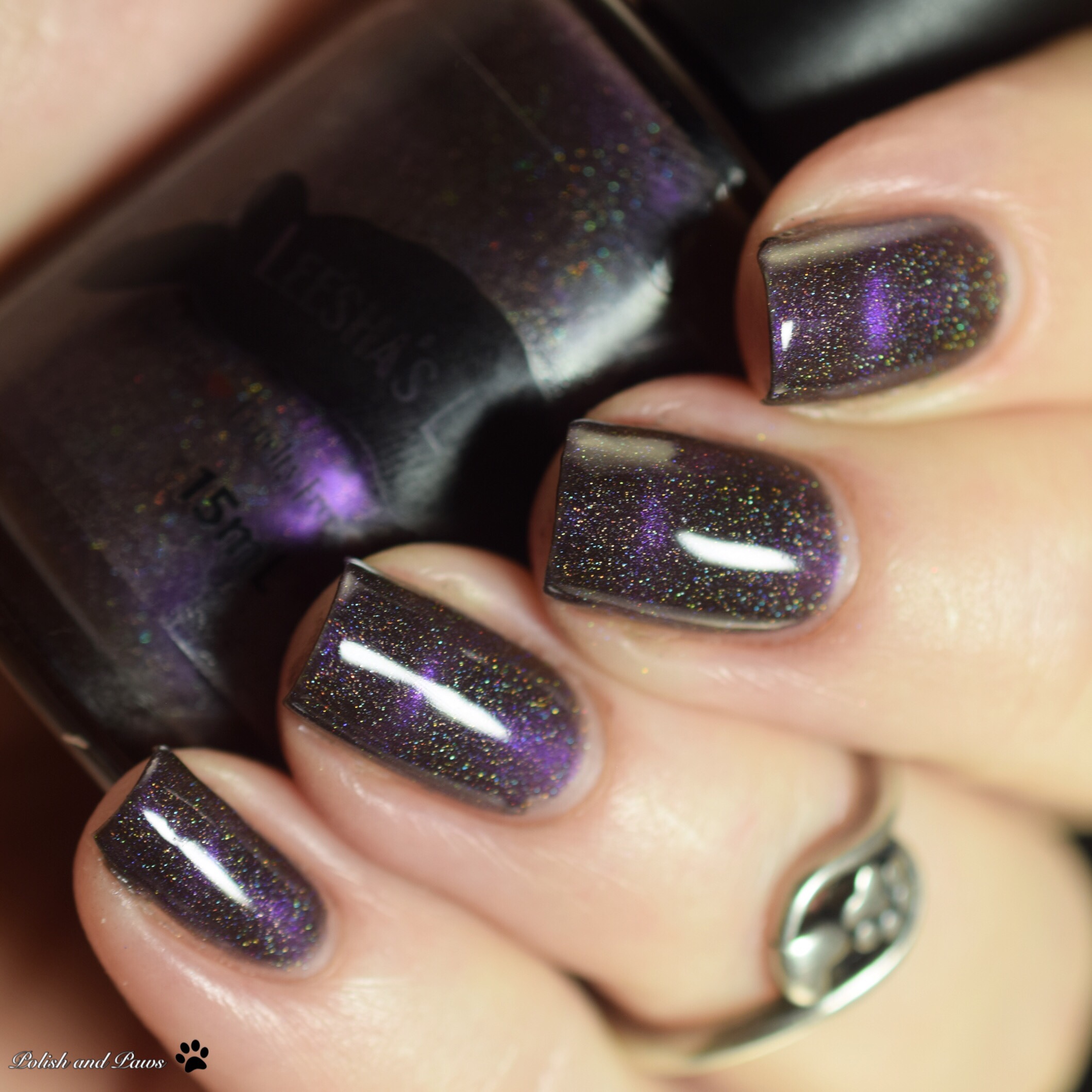 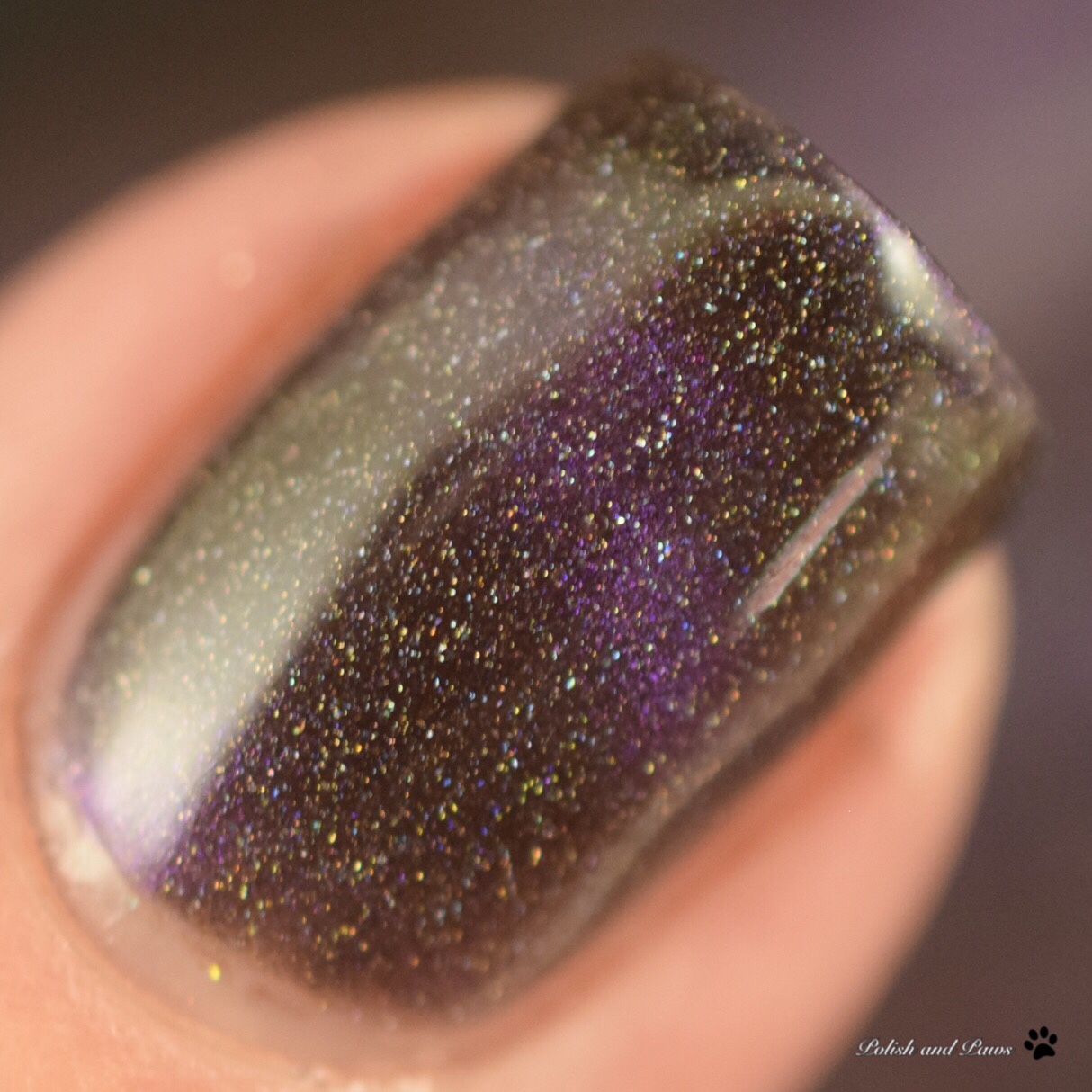 Leesha’s Lacquer is trying something new this year with a series called OOAK of the month!

This polish will be made in one special 16oz batch and will be available in FULL SIZE ONLY for one time only! Once it’s gone, it will never be remade! 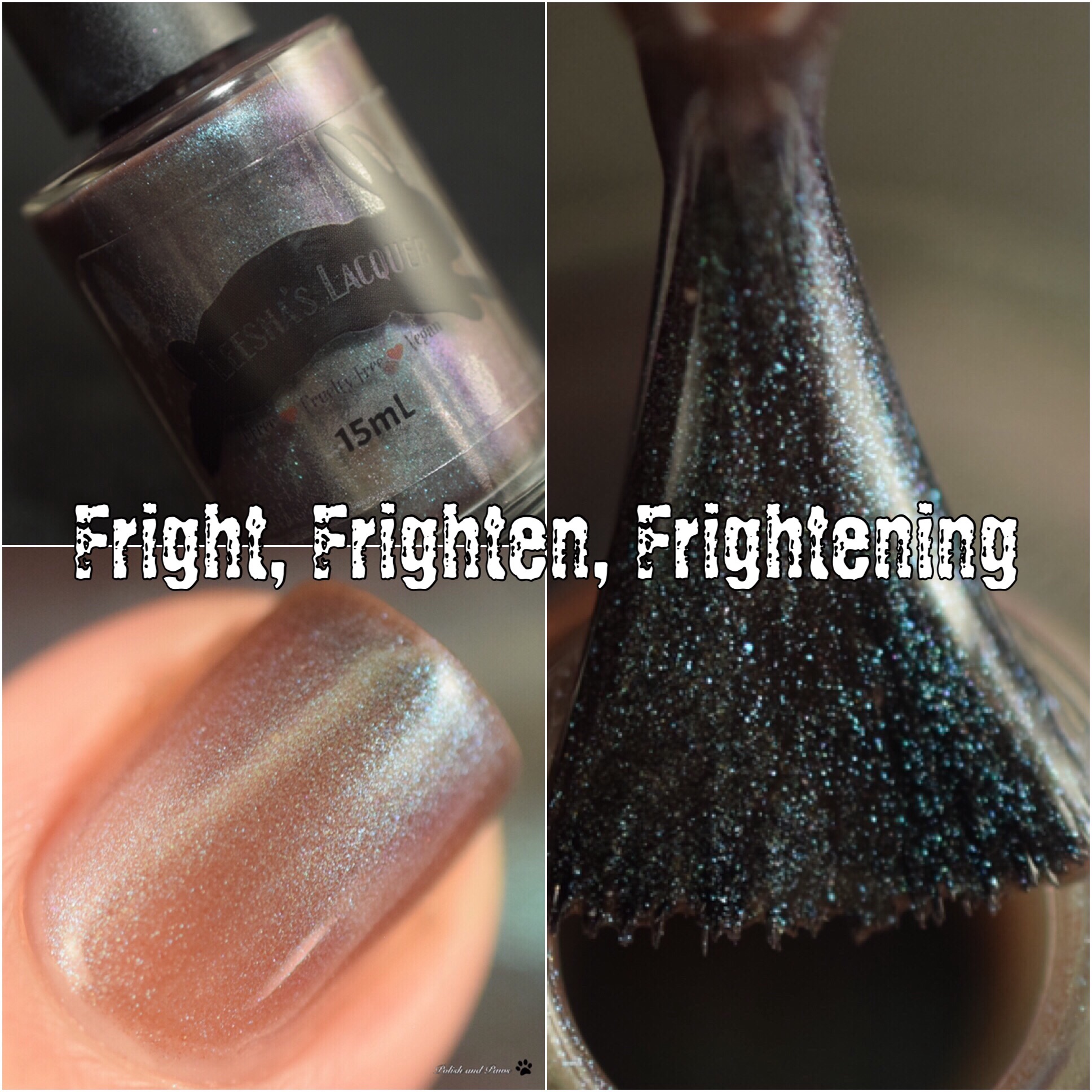 Fright, Frighten, Frightening is described as a red/brown based multichrome thermal that changes to black when cold and shifts from purple to blue. Smooth formula reaches full opacity in 3 thin coats. Sealed with glossy top coat. 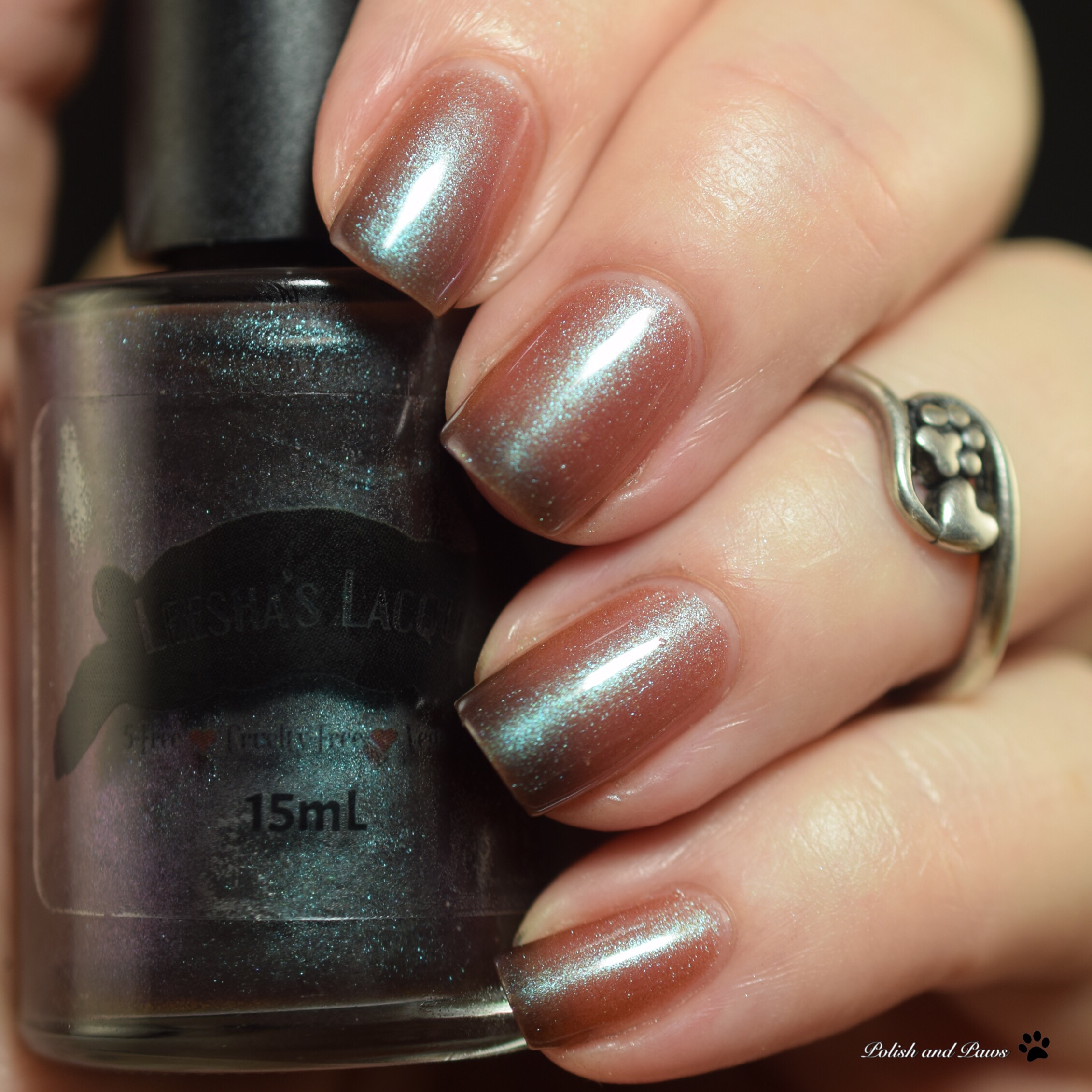 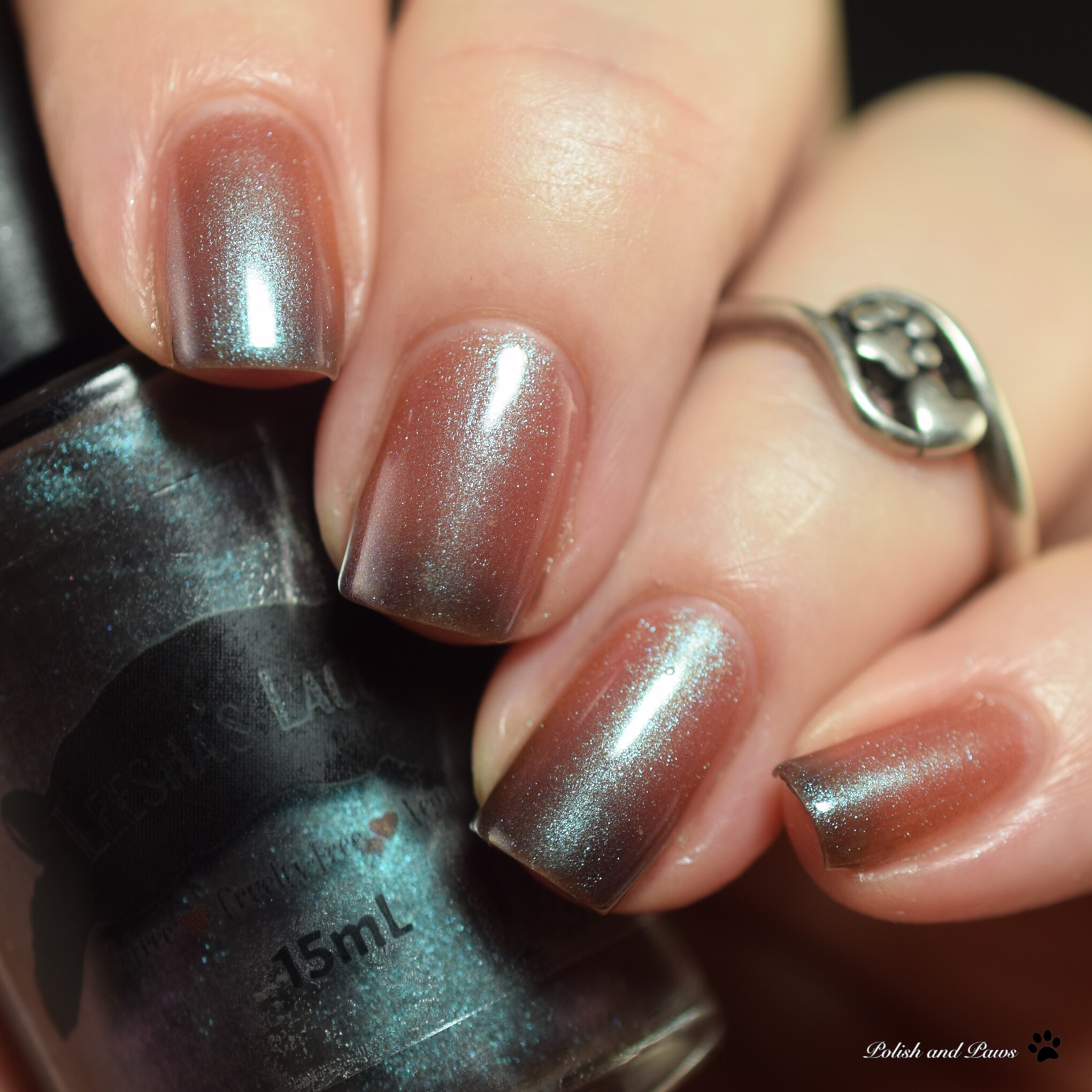 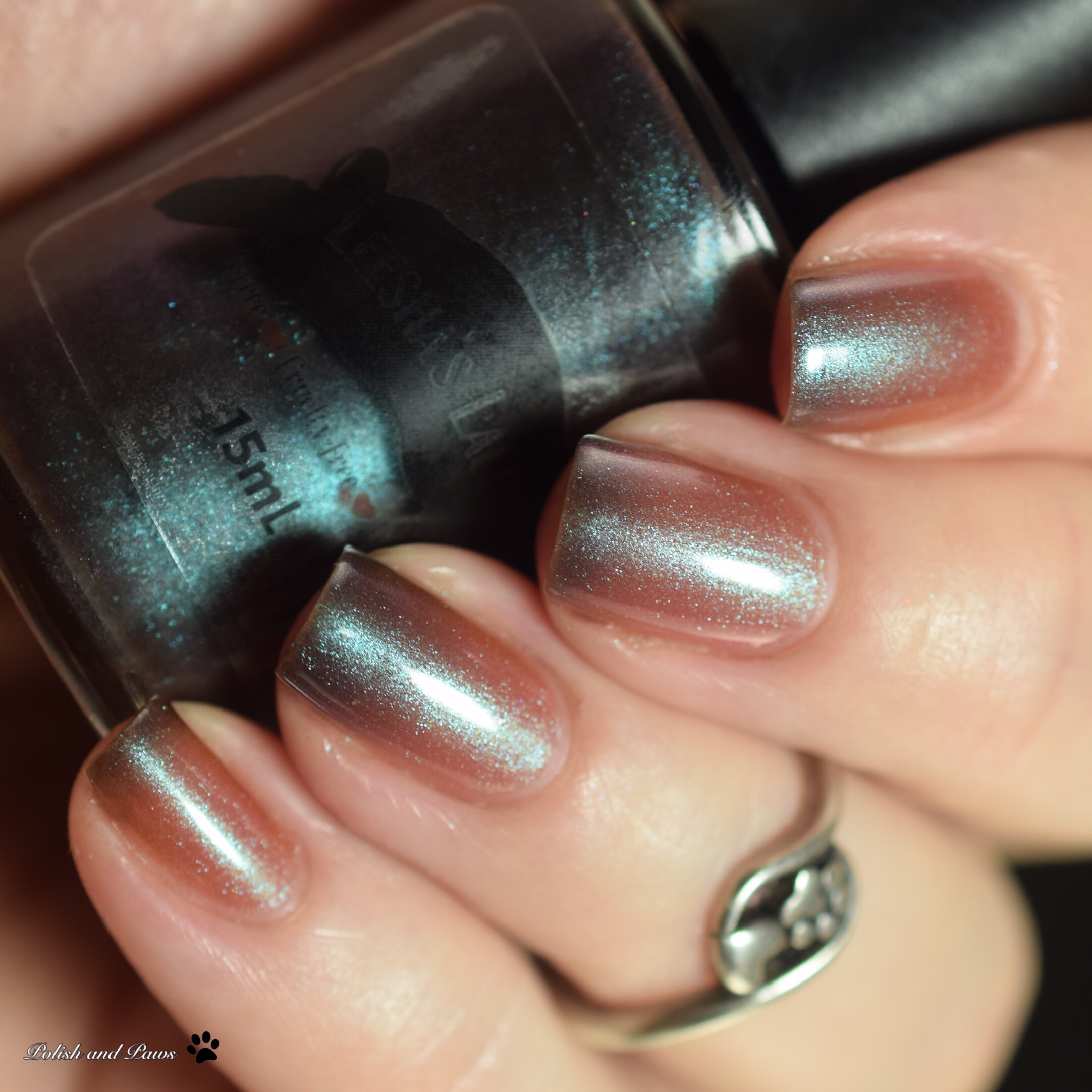 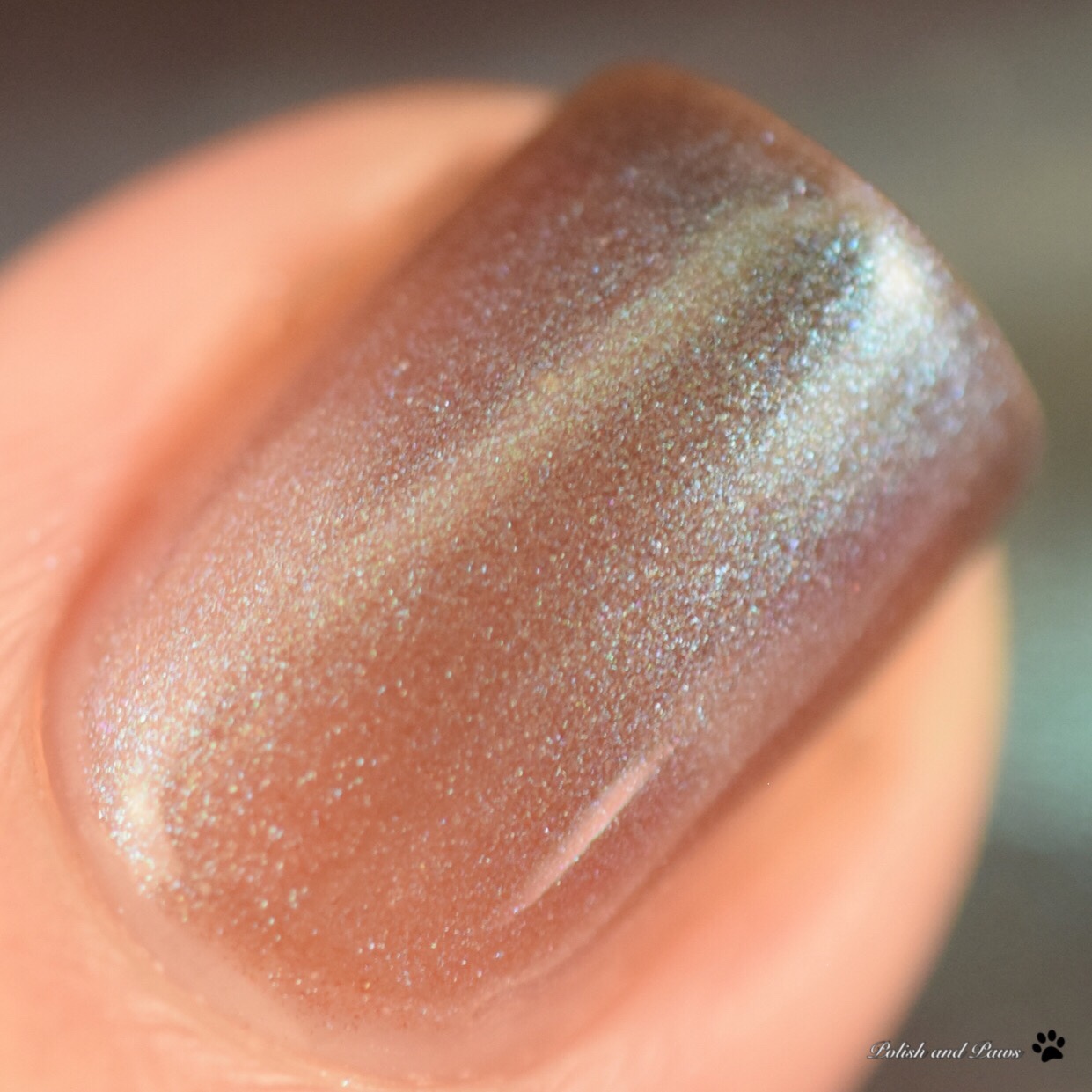 For more information about Leesha’s Lacquer check out her social media below.

Until next time, Stay Polished!