Skip to content
It’s Day 5 of The Digital Dozen TV Shows week. This has been a super fun theme for me. I don’t watch a lot of shows but the ones I do watch tend to be long running, and I’m really committed to them. I saved Survivor for last because it’s the longest running series I watch, and one of the only shows I literally look forward to it all the time. Season Finale night each season is me-time, no other plans, no distractions. Yeah I’m probably a super fan – except I have ZERO desire to be on the show. I like my creature comforts too much for that nonsense! 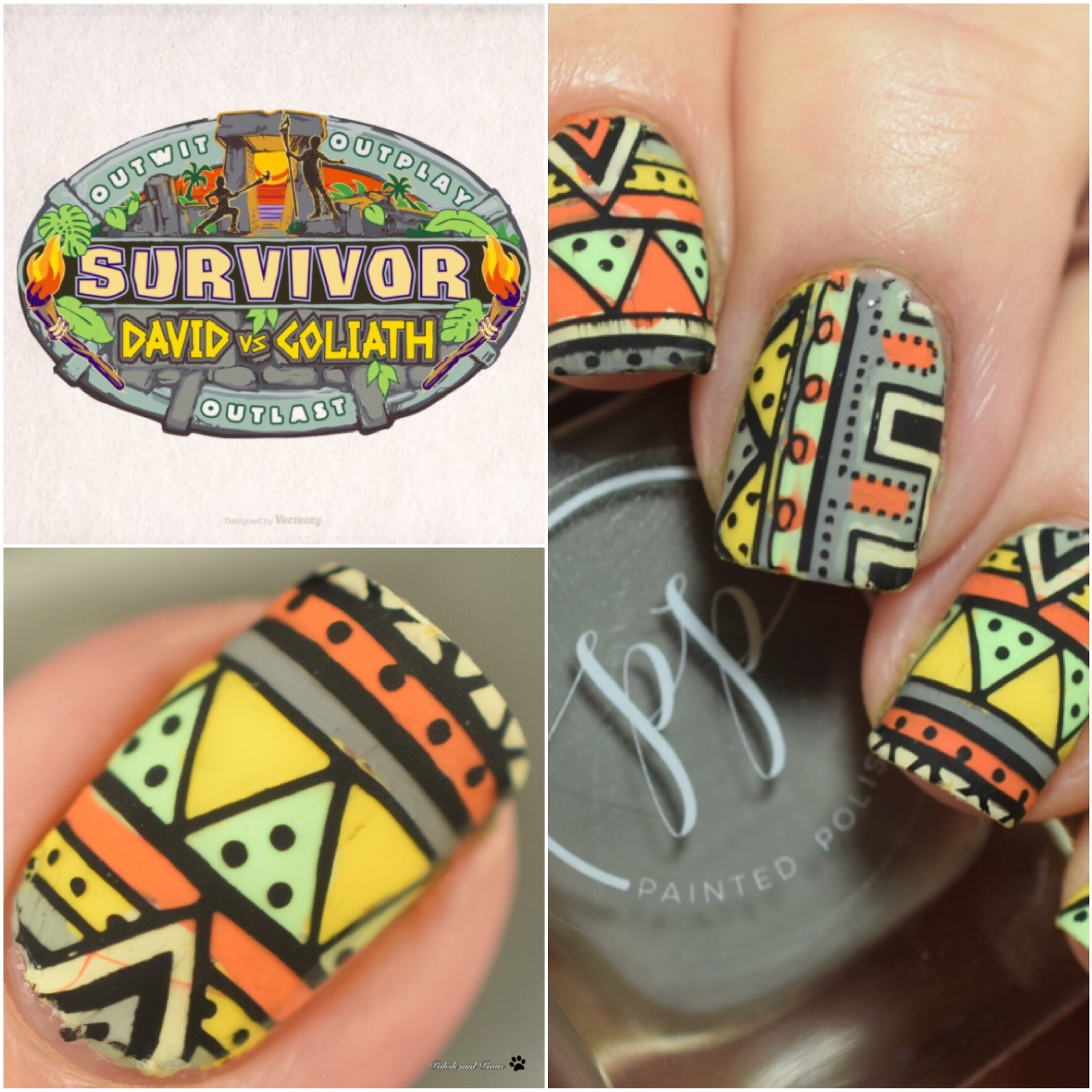 I wasn’t sure how to portray Survivor initially. My first thought was the logo but there is no way I’m freehanding that! LOL One of the big parts of Survivor is the Tribes, and players are voted out at Tribal Council each week. So I decided on a tribal theme, and I color coordinated it with the logo from the current season. 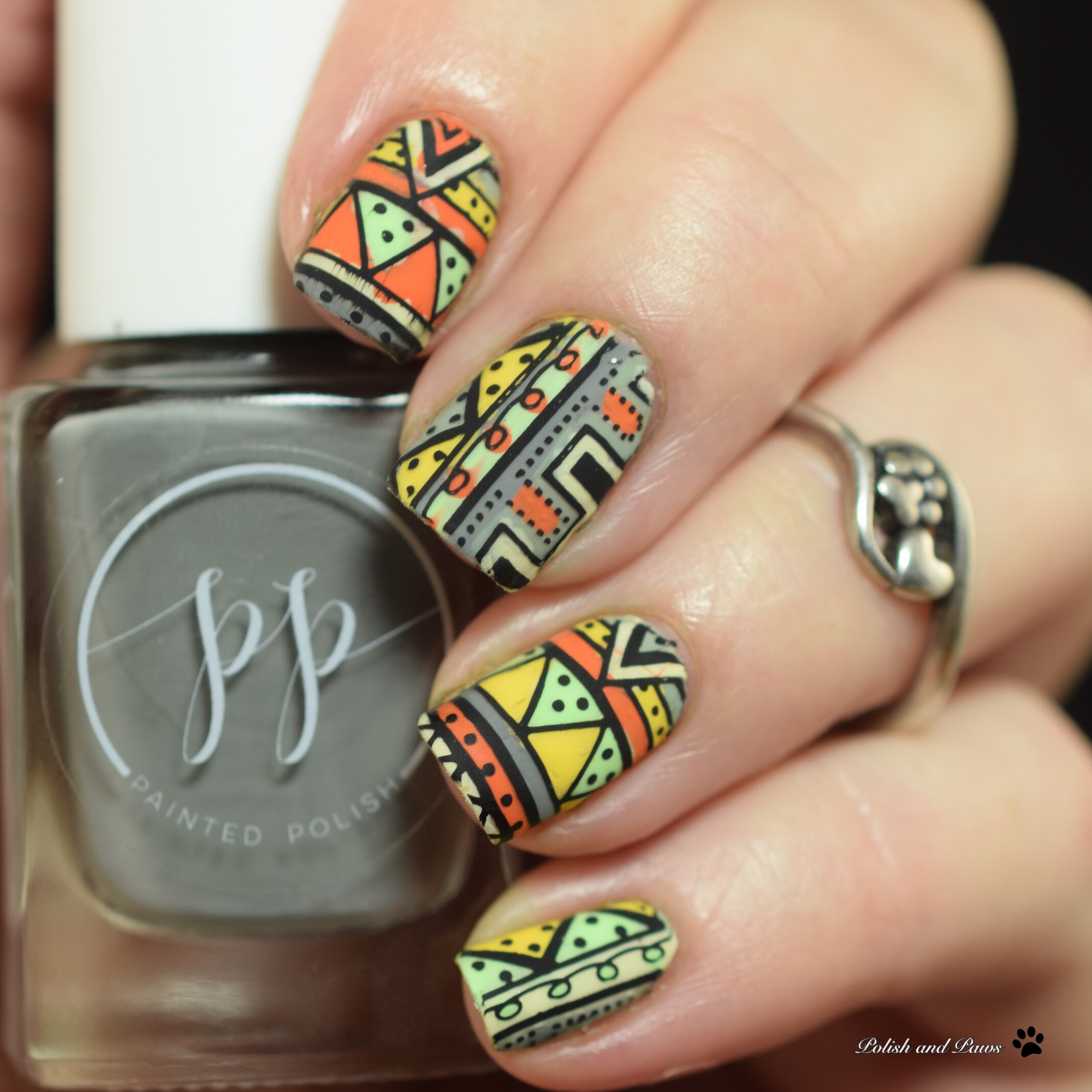 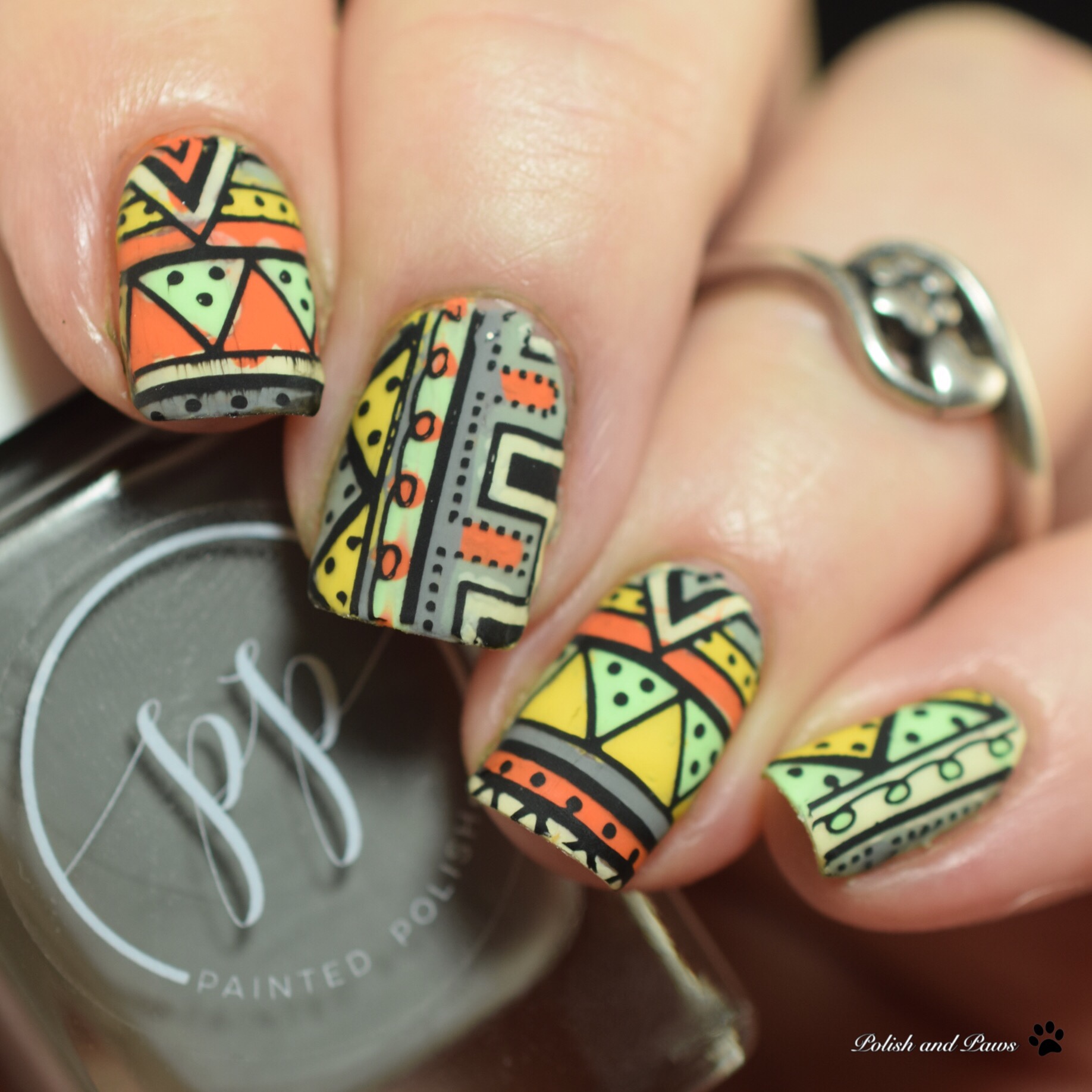 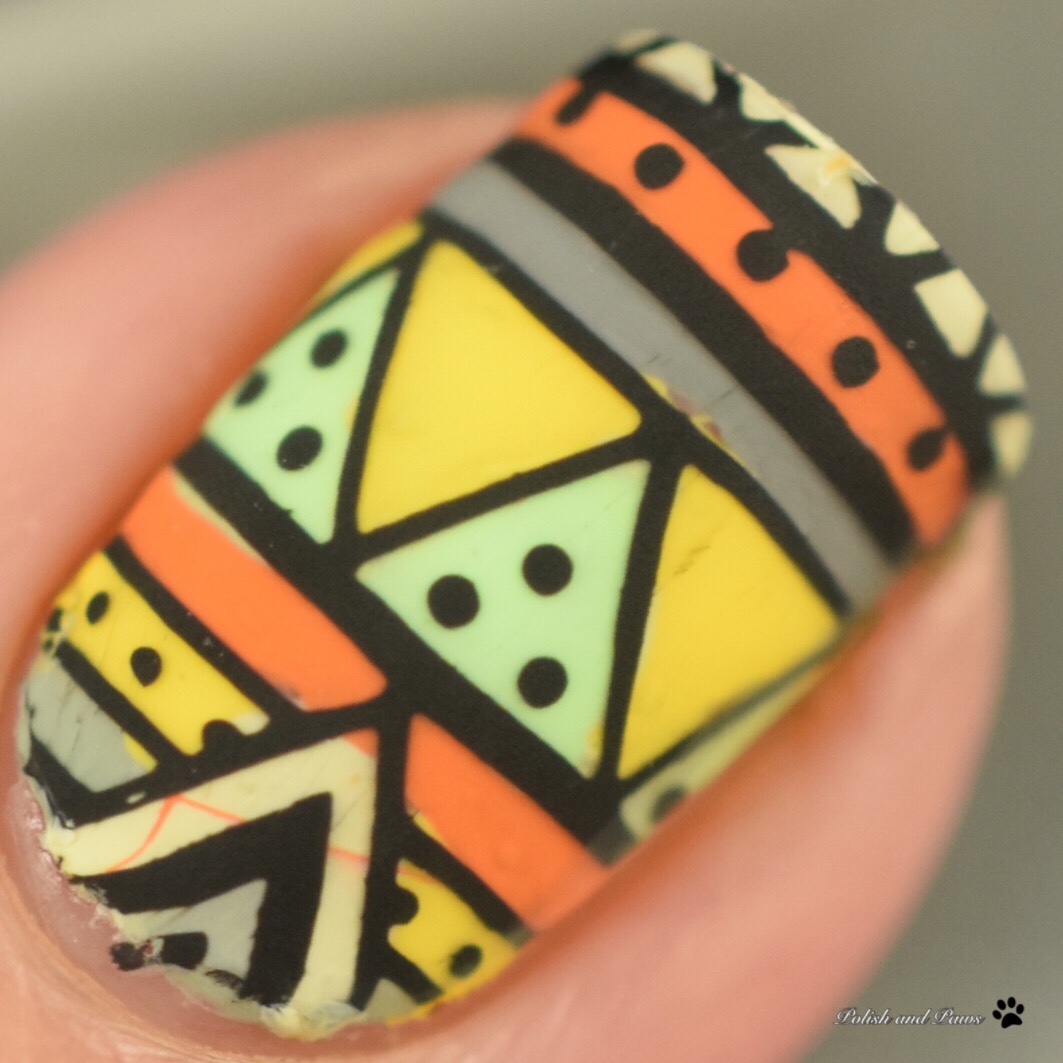 Have you ever watched Survivor? I really enjoyed this week and I’m pleased with all of my manis. Hope you liked my Survivor inspired nails. Don’t forget to check out the link up below to see what the other ladies did for today.