Skip to content
It’s already October! Can you believe it? That does mean though that it’s time for another birthstone polish from Bellaluna Cosmetics. I admit I was extra excited about this one as I’m an October baby myself. As you probably know the October birthstone is Opal, so let’s take a look at Fauxpal… 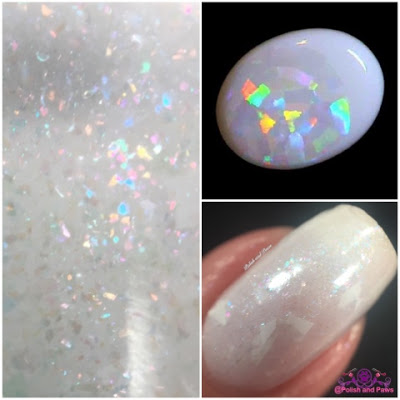 Bellaluna Cosmetics Fauxpal
Fauxpal is a semi sheer white polish loaded with iridescent flakies and large white flakes. An Opal has got to be one of the harder birthstones to emulate, and I have to say I am impressed at how well Samantha did with this one. I would have loved to have got some outside photos but 4am swatching doesn’t lend itself well to that. So ottlites it was. For my swatches I used 3 thin coats with Seche Vite top coat. 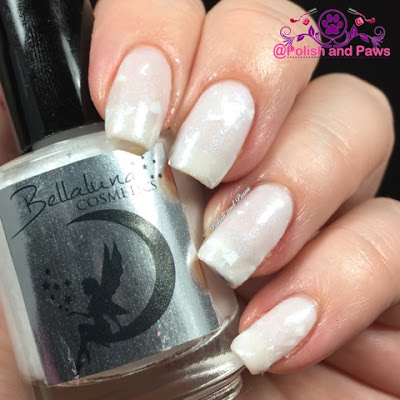 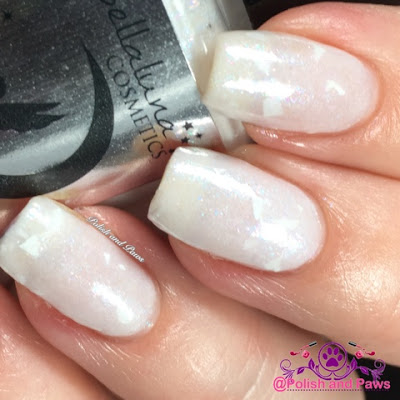 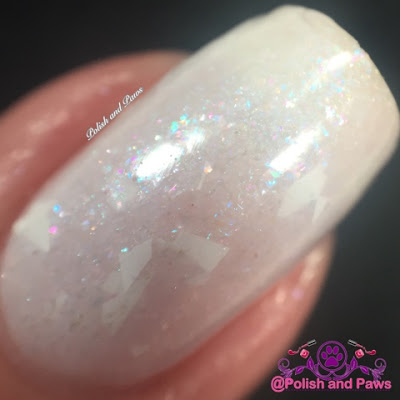 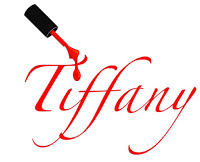